Sergio Perez has expressed concerns about the chances of a serious accident occurring in the Saudi Arabian Grand Prix. 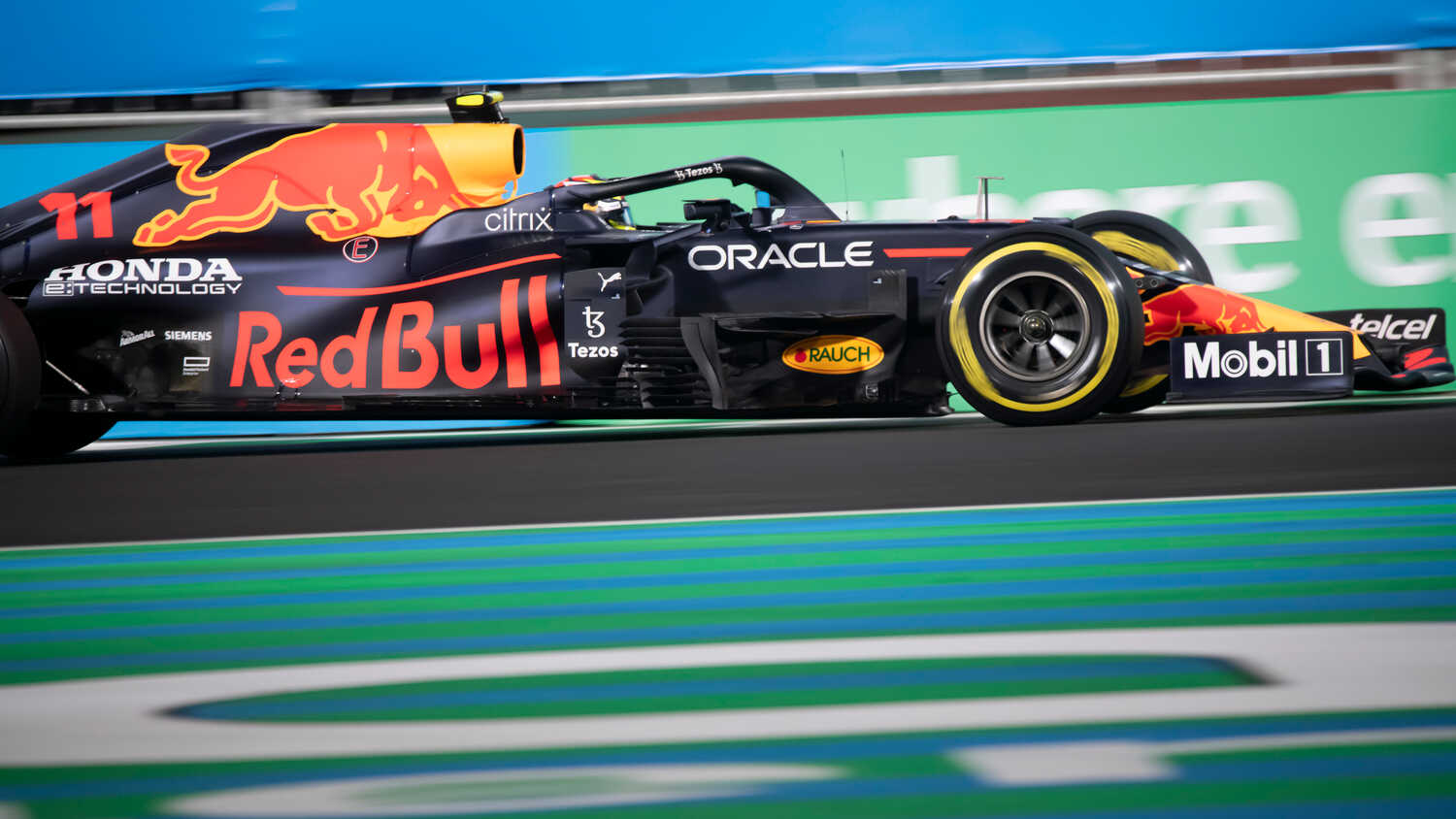 Saudi Arabia is hosting its first-ever Grand Prix at the all-new street track, which was labelled "hardcore" and "unbelievably quick" after the opening practice sessions on Friday.

As drivers gear up for Sunday's race, which will take place under floodlights, Perez has expressed concerns over the ultra-fast, 27-corner layout, which he feels is "too dangerous without a real reason".

Speaking to media, including RacingNews365.com, after qualifying fifth fastest, Perez said: "It's a really nice circuit - very, very dangerous, though.

"There's a lot of straights, but [they] are done in cornering, and blind corners. It feels like it's too dangerous without a real reason.

"When you look at some of the onboards, it's quite scary. I just hope that we don't see a big shunt out there.

"With the speeds that we're doing, with the deltas around the track from some of the cars, it's a bit unnecessary."

Perez wants talks after the race

Perez is expecting talks between the drivers and F1 officials following the race weekend.

"The track is fantastic, don't get me wrong. It's a really nice, cool track to drive," the Mexican commented.

"I just feel like it's very risky. If things go wrong for someone, they can go really wrong."

He added: "I think we cannot forget the fact that safety has to take priority.

"I've spoken to some of the other drivers and we all kind of think that. We are the ones sitting in the car and the speed differences that you tend to see… if something goes wrong, it's a massive [crash], you know?

"There's obviously a bit of track character, but it's something that we've got to speak about after the race."