Sergio Perez and Max Verstappen ran their Friday practice programmes in Abu Dhabi with their cars in very different configurations. 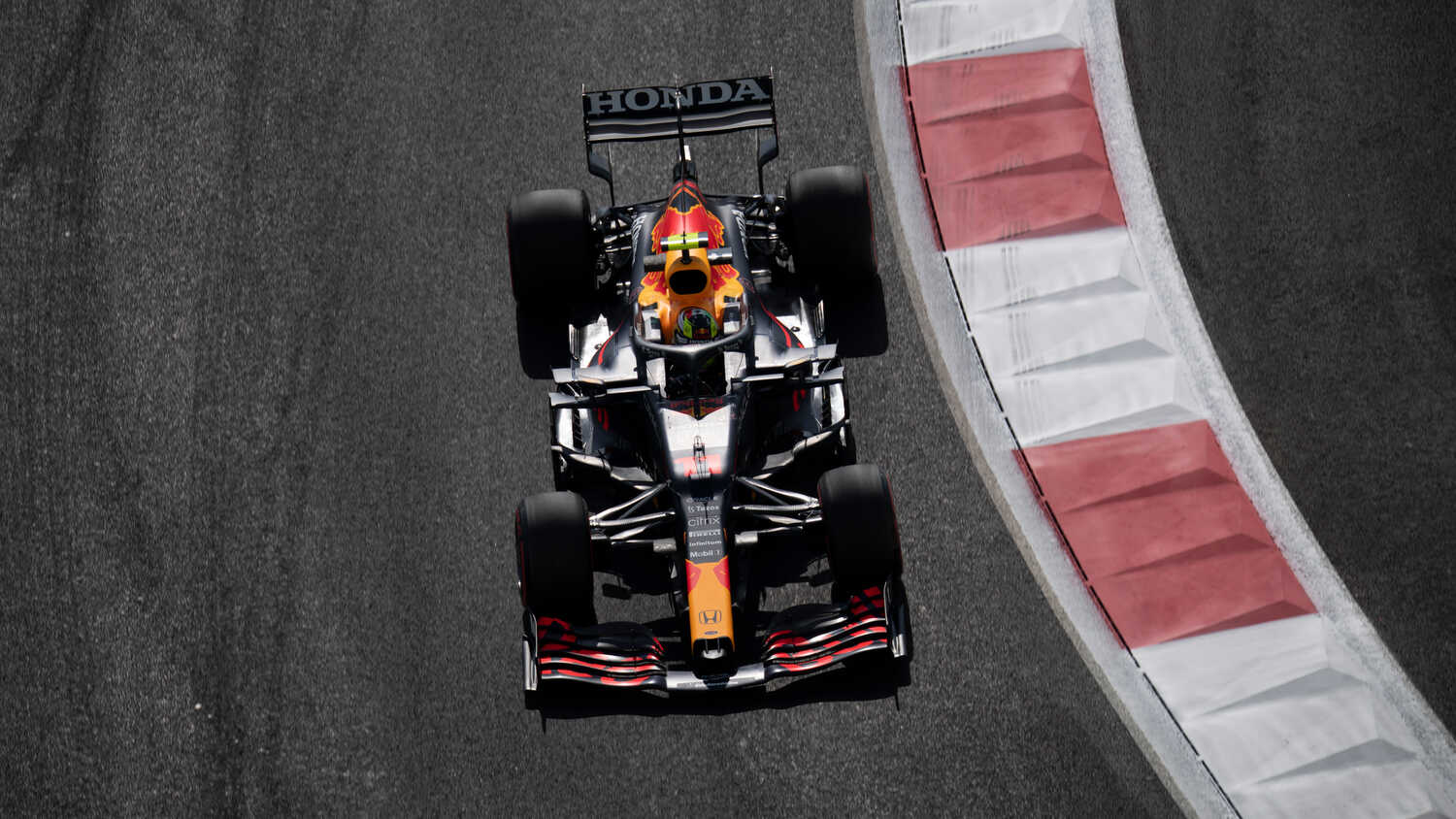 Red Bull chose to split the setup direction of their cars during Friday's practice sessions at the Yas Marina Circuit ahead of the Abu Dhabi Grand Prix.

While Max Verstappen and Sergio Perez finished in fourth and fifth place respectively, Perez explained after the day that the two cars had been sent out on track with very different setup philosophies as the team experimented with the optimal setup for the newly reconfigured track.

"I think we've got some work to do overnight," Perez admitted to media at the end of Friday's track action.

"We tried very different setups across [the] cars. I think we got plenty of information that we have to go in detail through, and hopefully can pick up the pace a bit."

Red Bull team boss Christian Horner admits the chances of the team taking the Constructors' Championship aren't great, given that they are now 28 points behind Mercedes with a maximum of 44 points left on the table.

But with the Drivers' Championship all to play for, Horner added that Perez knows what his role is for the Abu Dhabi GP.

"He knows his job this weekend," he told Sky Sports.

"[The] Constructors' is a long shot, unless there are significant retirements on the Mercedes side, but his job is to really help his teammate, and he's up there.

"He's a great team player, he has been all year. I'm sure he'll do whatever he can to help Max out, but the best way to do that is to qualify as high as he can, to begin with."