Perez: Podium has been coming for 'many races'

The Red Bull driver believes a podium finish was always going to come soon, after a period of misfortune and poor form. 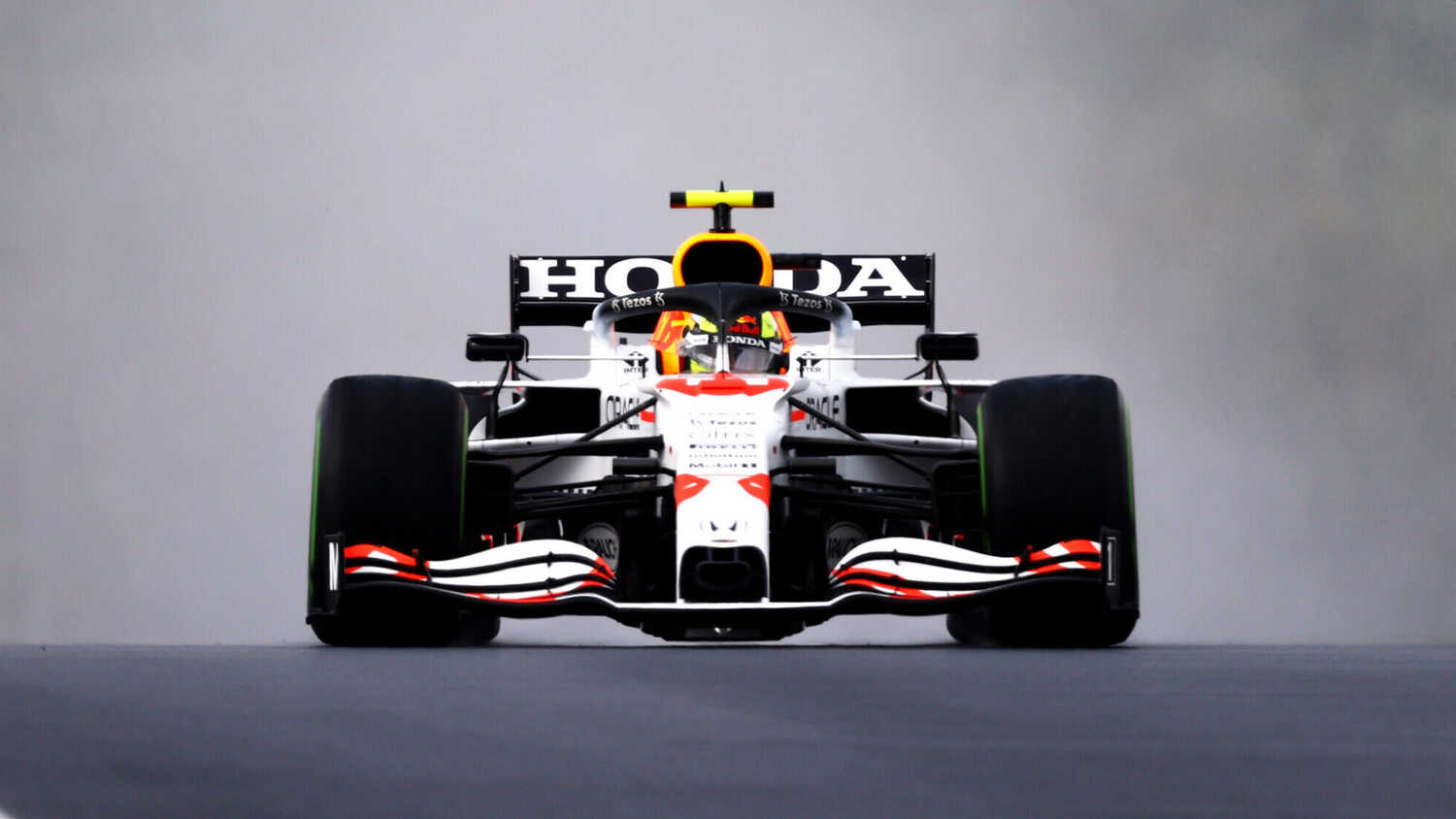 Sergio Perez admits it was "nice" to be back on the podium at the Turkish Grand Prix even though he felt "uncomfortable" behind the wheel of his Red Bull in the mixed conditions.

Perez, who started from sixth place at Istanbul Park, scored his first podium since the French GP in June after coming out on top in exciting battles with Lewis Hamilton and Charles Leclerc.

He feels he has been "unlucky" recently, so was not surprised to finish inside the top three in Istanbul.

"The last few races have been so unlucky," Perez told RacingNews365.com and other select members of the press.

"In Monza, I finished on the podium, but I had the penalty. In Russia, with three laps to go, I was on the podium.

"It's been coming already for many races. But certainly, it's nice, especially in a race like today, where I felt so uncomfortable with the car, and we didn't have quite the pace to match the Mercedes.

"I feel like we maximised our result today, and I'm sure that if we are able to do that for the next six races, we can still win this championship."

Perez made his one and only pit-stop at a similar time to race leaders Valtteri Bottas and Max Verstappen, whilst Hamilton and Leclerc went long.

He gained significant time on the fresh Intermediate tyres to Leclerc, which gave him the opportunity to overtake the Ferrari driver towards the end of the race going into Turn 12.

The Mexican says he was "very nervous" about pitting because of Hamilton's race-winning strategy in Turkey last year, when he didn't stop for new Intermediate rubber.

"I think we were all very nervous about pitting for new tyres, because of what happened last year," said Perez.

"I think it was the right call when we pitted because I had the time to really introduce my tyres and really learn what went wrong on my first stint to try to apply it for my second stint, which really made my race.

"I think we took a good advantage on that second stint."