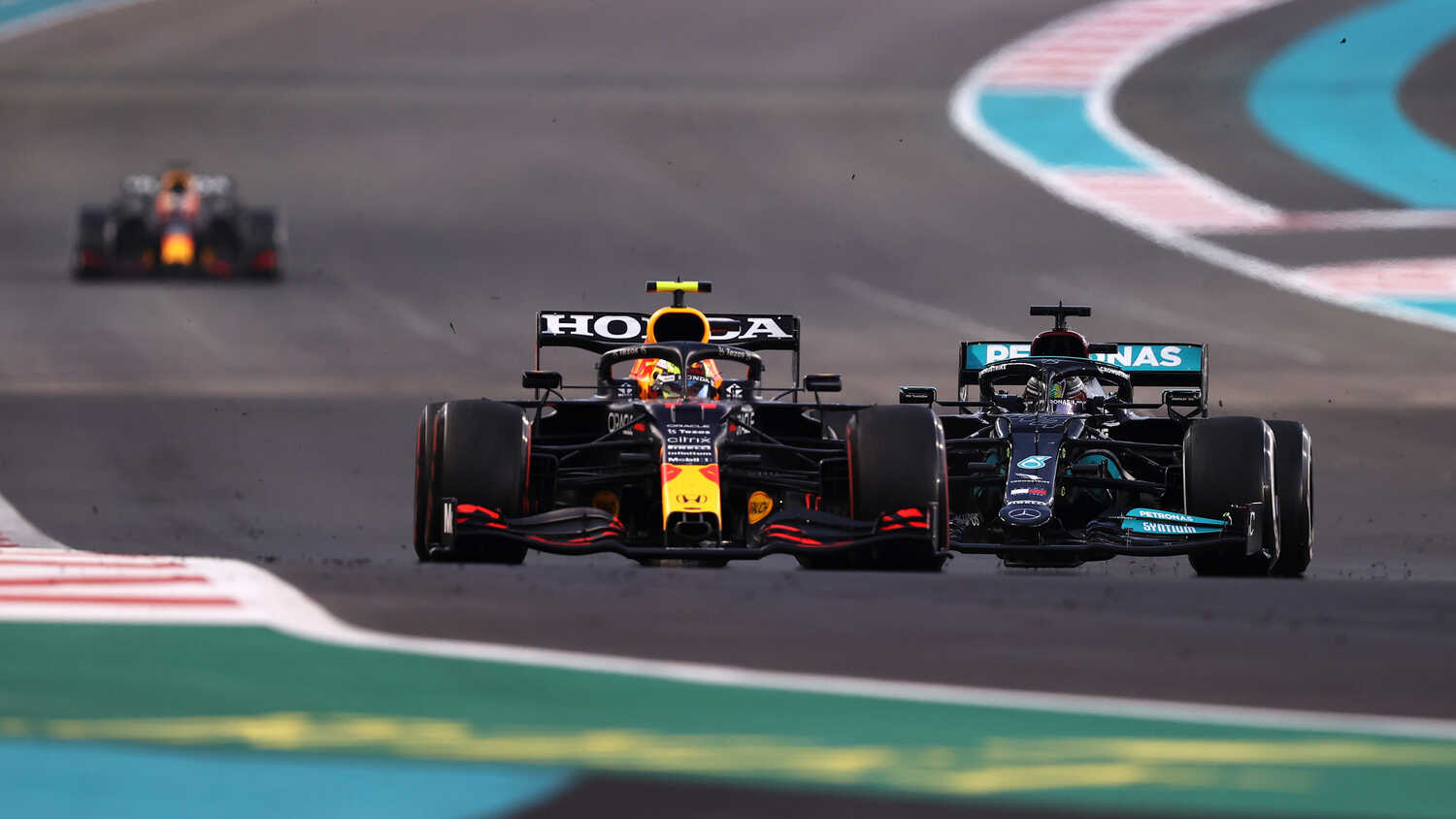 Sergio Perez says he was thrilled to have played his part in helping Red Bull teammate Max Verstappen win the 2021 F1 World Drivers' Championship, after holding up Lewis Hamilton for two laps at the Yas Marina Circuit.

With Hamilton in full control of the race as leader, Red Bull left Perez out on track after Hamilton had pitted for the Hard tyre. While Perez lacked pace at that point of the race, he was able to hold up Hamilton as the Mercedes driver caught him and attempted to pass.

Hamilton initially got past down the back straight, but Perez fought back into the braking zone of the chicane and retook the lead, holding him up significantly through the third sector.

His work allowed Verstappen to close back up to within two seconds of Hamilton by the time that Perez was inevitably overtaken on the following lap.

With Verstappen thus able to stay within Hamilton's pit-stop window, it prevented Hamilton from pitting when the Safety Car was deployed with five laps to go. Verstappen pitted for Soft tyres and this proved the critical moment in the race as he passed Hamilton on the final lap.

"I knew it was critical at that point"

Speaking to Sky Sports after the race, Perez said: "As a driver, as a person, you don't want to get into interfering in their fight, because it's the last race and the championship decider but, at the end of the day, it's my team.

"I knew that it was critical at that point, because Hamilton had the race under control. He would just have had the window on the Virtual [Safety Car] and on the Safety Car, so it would have made his race a lot easier.

"It was important but, at the same time, I was on very old tyres, so I felt like there's not going to be a lot I can do to try and hold him back.

"But we managed to make him lose a couple of seconds and I think that really changed the race, and Max then was able to at least challenge him with the strategy, and it worked out at the end!"

While Perez retired from third place in that same Safety Car period due to a suspected drop in oil and water pressure on his Honda engine, he said afterwards that he believes the Constructors' Championship could have finished much closer had he been able to continue.

"We were on the podium, I think we could have finished second today," he continued.

"In the Constructors', we would have come really close. With Lewis already on old tyres, we probably would have got him.

"Unfortunately, things didn't fall [our way] in the end, but I think it's been a good improvement throughout the season. We were strong towards the end of the year. I'm looking forward to starting the next season on the right foot."