Perez 'a passenger' in Sprint spin: It's been a very low day

Red Bull's Sergio Perez will start from the back of the grid for Sunday's Grand Prix, after the team retired his car due to vibrations due to a big error from the Mexican. 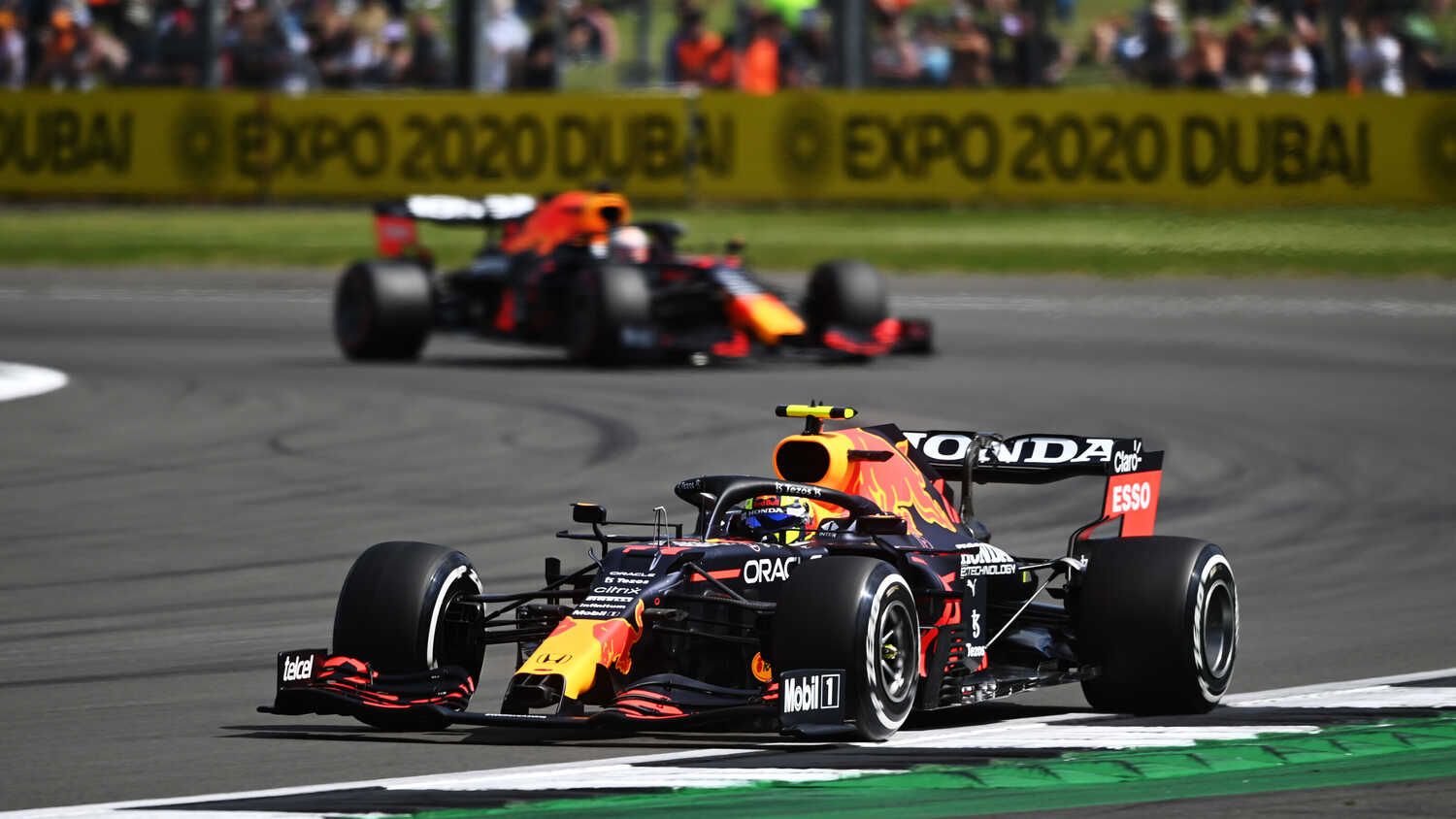 Red Bull's Sergio Perez cut a sorry figure in the Silverstone paddock on Saturday evening, after spinning out early in the Sprint Qualifying race.

The Mexican, who started fifth, made a bad start to the race and had fought back to eighth place behind McLaren's Daniel Ricciardo when he made a mistake going through the Maggotts/Becketts complex. Spinning off the track at high speed, he was lucky not to hit the barriers and was able to continue.

"Basically I became a passenger very early in the corner as I was picking up the throttle, that really hurt me and put me out of position and there was nothing I could do. I just became a passenger at that point," Perez told Sky Sports F1.

"A big, heavy shame, I'm very sorry for the team. It's been a very low, low day from my side. Tomorrow it's a new day and I look forward to it."

Asked how he can shake off the bad result and reset mentally for the Grand Prix, Perez admitted it would be difficult.

"It's hard after days like today but tomorrow it's a new day and a new opportunity to figure out what we are able to do better," he said.

Red Bull team boss Christian Horner explained the team had to make the call to retire the car due to vibrations from the flat spotted tyres.

"I think he's obviously just lost the rear of the car in the dirty air," he said.

"There was no major issue but it put a huge flat spot, you can see the smoke as he's locked up those tyres.

"Thankfully we didn't hit anything. And then the level of vibrations were so high, that's why we've retired the car, that enables us to check it all over fully in time for tomorrow."

With the cars in parc ferme conditions, Horner said the team intend on getting permission to do what's necessary in order to get the car ready for Sunday's Grand Prix.

"You can do front wing and tyre pressure which is the same for all the cars," he said.