Palmer believes Hamilton is now favourite for the championship 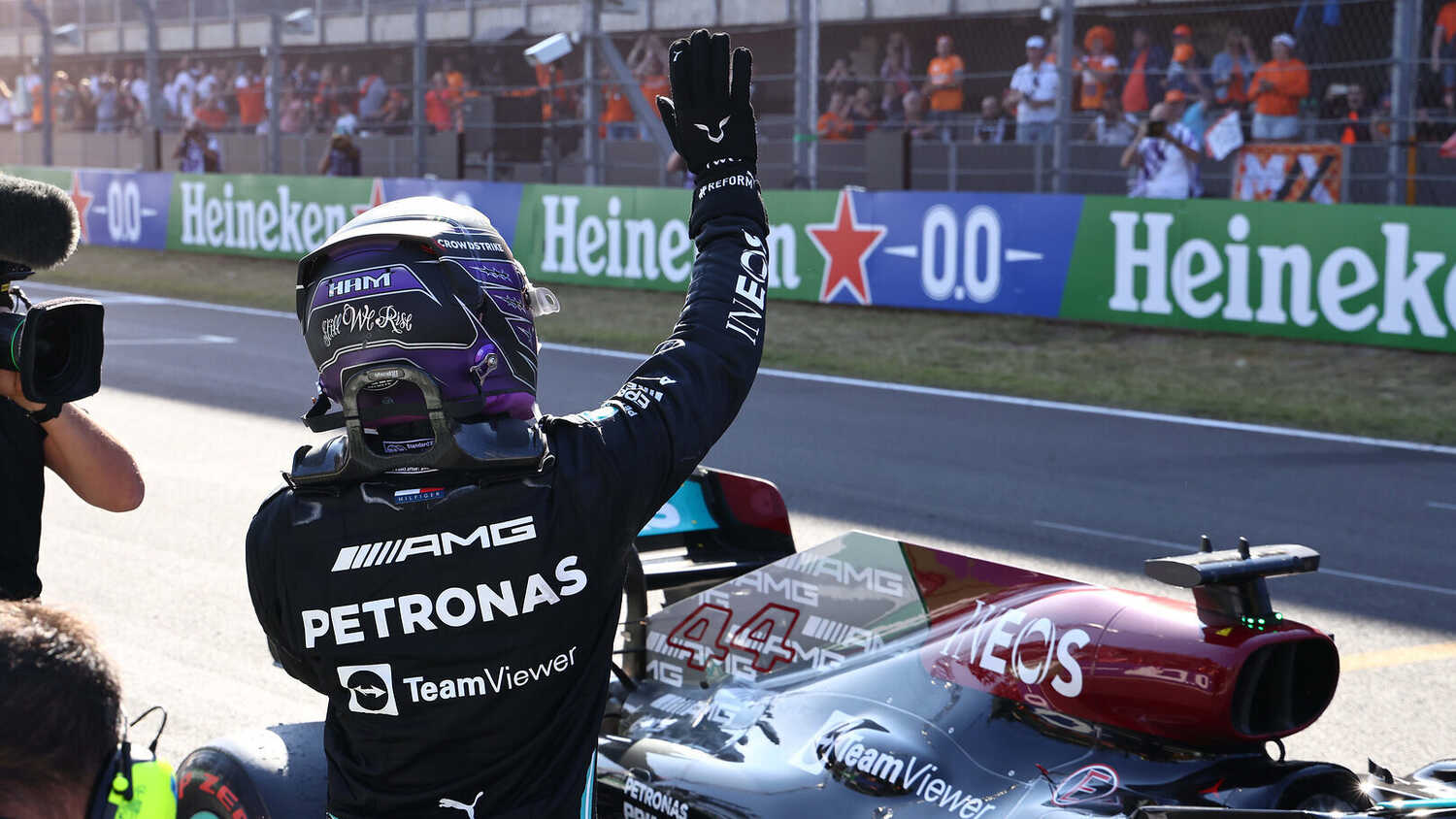 Jolyon Palmer believes that tensions at Red Bull will be rising as a result of their recent form, and that Mercedes' Lewis Hamilton is now the favourite to claim the F1 world title.

With six races remaining, Max Verstappen holds the lead of the Drivers' Championship. The Dutchman has a slender six-point advantage over Hamilton, but recent races have suggested that the Mercedes is faster than the Red Bull.

This was borne out in Turkey, with Valtteri Bottas romping home to a dominant win ahead of Verstappen, while Hamilton finished in fifth after an engine change grid penalty and a subsequent mis-timed pit-stop.

Speaking to radio station talkSPORT, Palmer said that his money is now on Hamilton to claim the title.

"You know what, for the first time this season I'm starting to think maybe Lewis is the favourite overall," Palmer said.

"I actually think Verstappen can't be happy with that race. Yes, he's taken second, he's got the championship lead, but he was no match for Valtteri Bottas. Hamilton, if he was starting from pole which is where he qualified, he's winning this easily I think.

"Lewis has taken his engine penalty, lost a few points, that was pretty much going to be a given unless something remarkable happened, which it didn't.

"But I'm worried for Red Bull because I can't remember the last time they really showed a lot of pace."

Palmer also reckons the final few scheduled races could swing in Mercedes' favour, pointing out that Red Bull will need to do their best to capitalise on any possible strengths they have in the next three rounds.

"This one was in between, no one really knew where it was going to go, and it was quite categorically Mercedes who were stronger.

"The fact that Bottas was completely unchallenged by Verstappen, they were one and two the whole race, but Bottas never had to check his mirrors, [and] ended up winning by 15 seconds.

"That's a statement by Mercedes, and even though Hamilton's behind in the championship, he's the stronger [Mercedes] driver quite comfortably.

"He's going to be able to apply the pressure and really turn the screw in the Middle Eastern races, [so] Verstappen has to really fly in the next couple."