Norris taken to hospital for precautionary checks after qualifying crash

An update from McLaren confirms that Lando Norris has been taken to a local hospital for checks on his elbow. 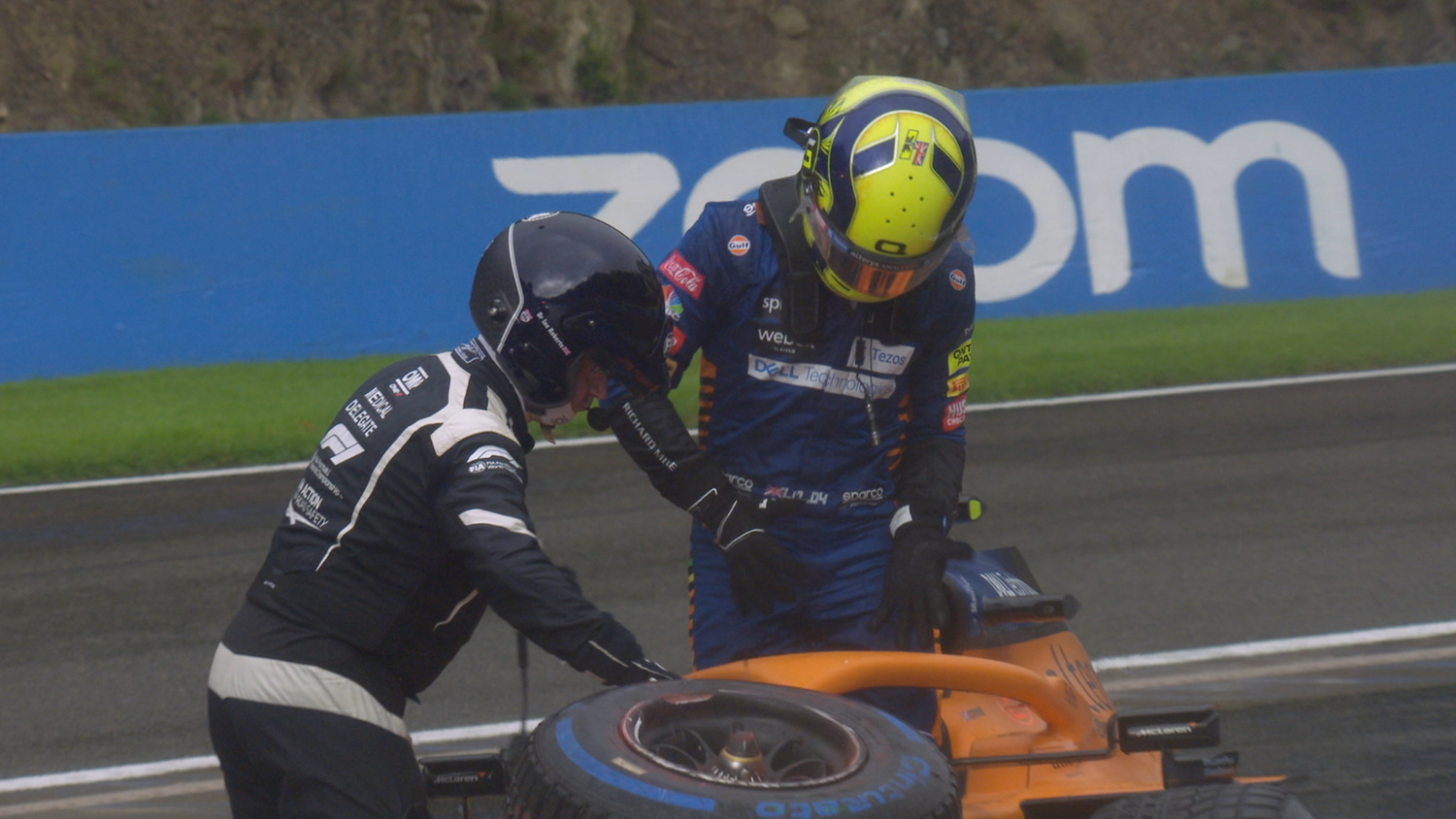 Lando Norris has left the Spa-Francorchamps Medical Centre to be taken to a local hospital, following his high-speed crash during Belgian Grand Prix qualifying.

Norris, who had topped the times in Q1 and Q2, was attempting to take Eau Rouge on his first flying lap in Q3 when he lost control in the intensifying rain. Spearing off into the barriers, Norris suffered a series of spins before coming to a halt in the escape area on the outside of Raidillon.

Radioing to his team to apologise for making an error in the tricky conditions, Norris clambered out but could be seen holding his left arm. He was quickly moved to the Medical Car and brought to the circuit's Medical Centre.

McLaren have since confirmed that Norris has been brought to a local hospital, with the FIA releasing a statement explaining the move.

"The FIA advises that, following an incident during Qualifying for the 2021 FIA Formula 1 Belgian Grand Prix today, 28/08/21, the driver of car #4, Lando Norris, has been taken to a local hospital for precautionary checks," read the statement.

McLaren say the checks are on Norris' elbow and that "a further update will be issued in due course". Team representatives have said that it's too early to say whether Norris will be racing tomorrow.

Should Norris be unable to race, a reserve driver can't be entered having not taken part in any session so far this weekend. However, with Spa being the first race in a triple-header, a future absence could mean the team may have to call upon their reserves, who they share with engine supplier Mercedes. Stoffel Vandoorne, as well as newly crowned Formula E World Champion Nyck de Vries are the two official reserves.