After battling while on opposing teams in previous years, 2021 will see Lando Norris and Daniel Ricciardo take on one another at McLaren. The Australian joins the team as a replacement for Carlos Sainz, who joined Ferrari. 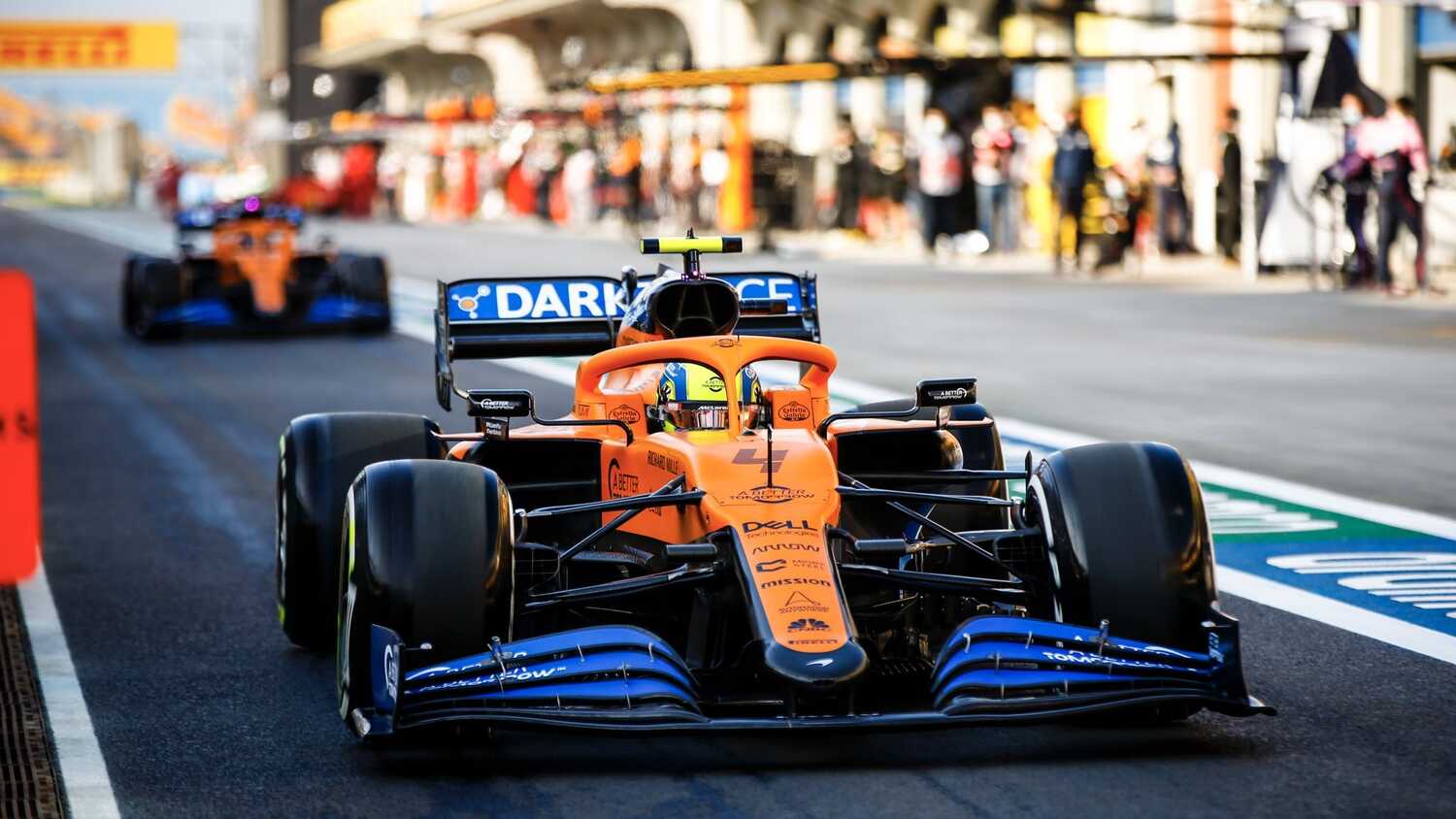 McLaren driver Lando Norris is relishing the chance to take on the experienced Daniel Ricciardo in 2021, with the two men lining up as teammates for the first time.

The British driver has the chance to establish himself as the team’s lead driver following the departure of Carlos Sainz, who signed a two-year contract with Ferrari. However he’ll have his work cut out for him, as the Australian arrives after an impressive 2020 campaign with Renault.

While Norris admits Ricciardo has the upper hand on him when it comes to experience, the 21-year-old is keen to challenge his teammate on the track while learning from him as well.

“It’s a little bit into the unknown because I’ve only had one teammate in Formula 1, so it’s hard to know what to expect from somebody different,” Norris told The Race.

“But I rate Carlos extremely highly, as do Ferrari. I don’t feel like I wasn’t going up against anybody competitive and Daniel is going to do something incredible [in comparison to Sainz]. I’ve seen Carlos do many things better than Daniel, but there’s also a lot of things that Daniel probably does better than Carlos.

“He’s a different driver, but he’s not going to be tenths faster than Carlos. Maybe there’s better consistency or better feedback, he’s able to do a better job in qualifying or he’s better at tyre saving, there’s these small things that he can do slightly better in. A lot of it is just going to be from his [Ricciardo] experience of being with a lot of different teams in Formula 1 and at a Red Bull team which has won races lately. I can’t wait for the opportunity to learn from someone like that, rather than feel worried or anything like that.”

While Norris may not have as much experience as Ricciardo, the youngster believes he's taken steps to improve his confidence which will help him as he looks to avoid being cast as the Australian's junior.

"I've been able to lead my own conversations a lot more, lead in decisions and future projects," he added. "Not just thinking about how to maximise the car in the race, but what to look ahead to and prepare for in the next races and next year and in the future.

"Almost one of the biggest things, apart from the on-track stuff, it's the off-track confidence and being able to say what I want from the car, what I need from the car to do a good job for myself. In 2019 and even 2020, I was very critical of myself and saying I’m not doing a good enough job, but there comes a point when I have to be – not selfish – but have got to say I want this from the car and I’m blaming the car for not giving me that confidence."