Norris: McLaren not miles away from Red Bull and Mercedes

McLaren had a strong start to the season with Lando Norris finishing in fourth with Daniel Ricciardo claiming seventh in his maiden race for the team. The Brit was pleased to see the gap to Red Bull and Mercedes has closed, though he's keeping a close eye on a resurgent Ferrari as well. 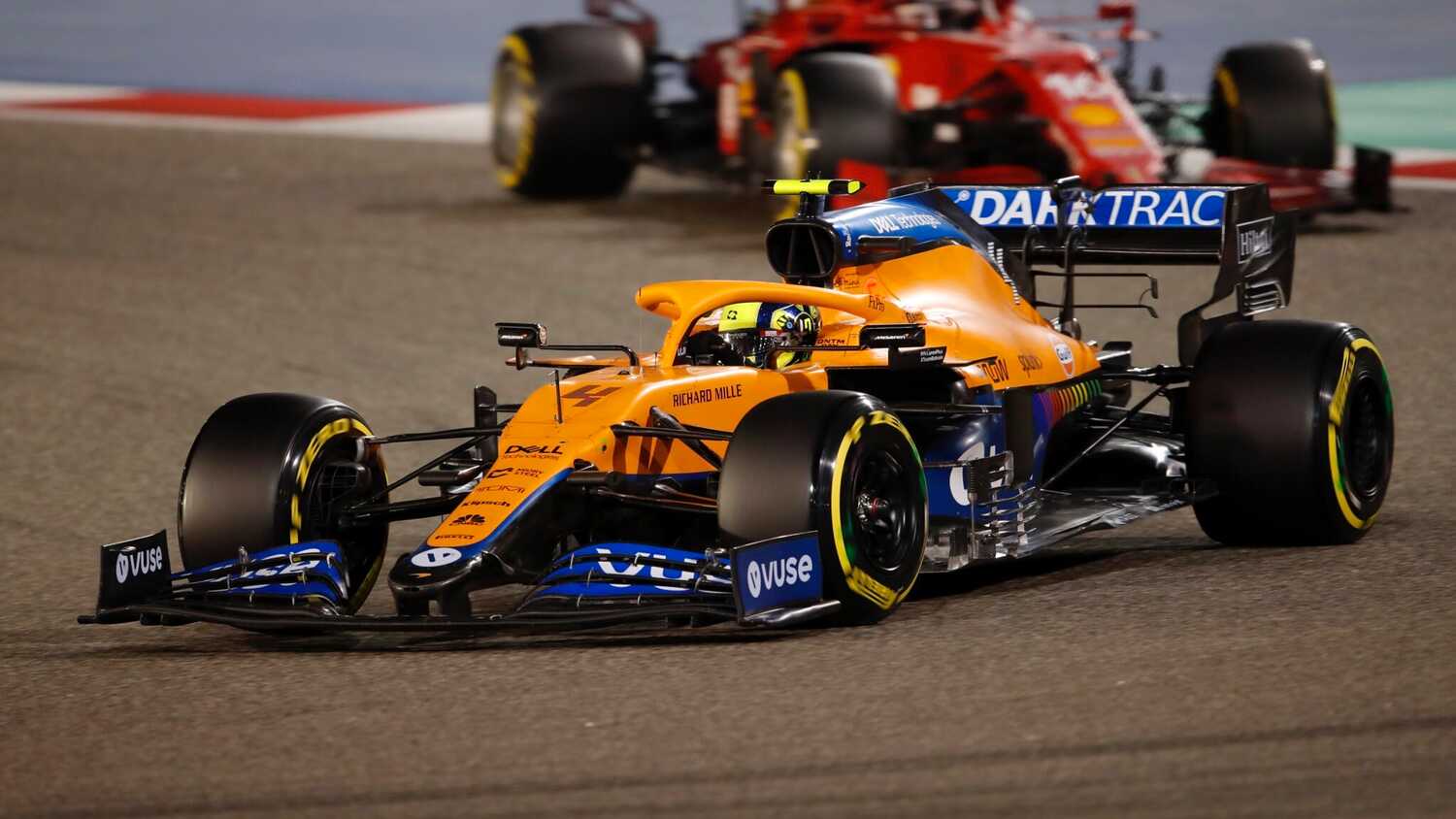 Lando Norris knows McLaren still have lots of work ahead of them as they look to close the gap to Mercedes and Red Bull, but the Brit is encouraged by the fact they've closed in on both teams compared to last season.

The 21-year-old finished the Bahrain Grand Prix in fourth position, getting past Ferrari's Charles Leclerc in the early stages of the race and finishing as best of the rest behind the two top teams. Despite the sizeable gap to the top three, Norris is encouraged by the pace McLaren showed.

"We're close, we're not miles away from Mercedes and Red Bull compared to last season," Norris told RacingNews365.com and others. "I think we've closed the gap quite a bit and hopefully at some tracks we can close even more.

"It's hard to say if we are easily the best of the rest. I don't know what the pace of the AlphaTauri was like. The car was good, it showed a lot of good points, some bad points and some things we clearly need to work on both from the engine but also from the PU side of things and and that's not easy .

"We can do even better and I think we've got a bit of work to do on Saturdays probably more so than on Sundays. Still, on Sundays there's a lot of things to work and things to make the car even quicker."

While Norris has his sights set on the front of the grid, he's also keeping a close eye on Ferrari as he expects the battle with the Scuderia to continue all season.

"We have a good understanding of what they [Ferrari] can do," Norris added. "Last year Charles [Leclerc] was ahead of us in qualifying. During the race they seemed to struggle, and we kind of thought it would be similar heading into today and this year.