Lando Norris believes people were wrong to think he was acting out after comments made about Lewis Hamilton last October. 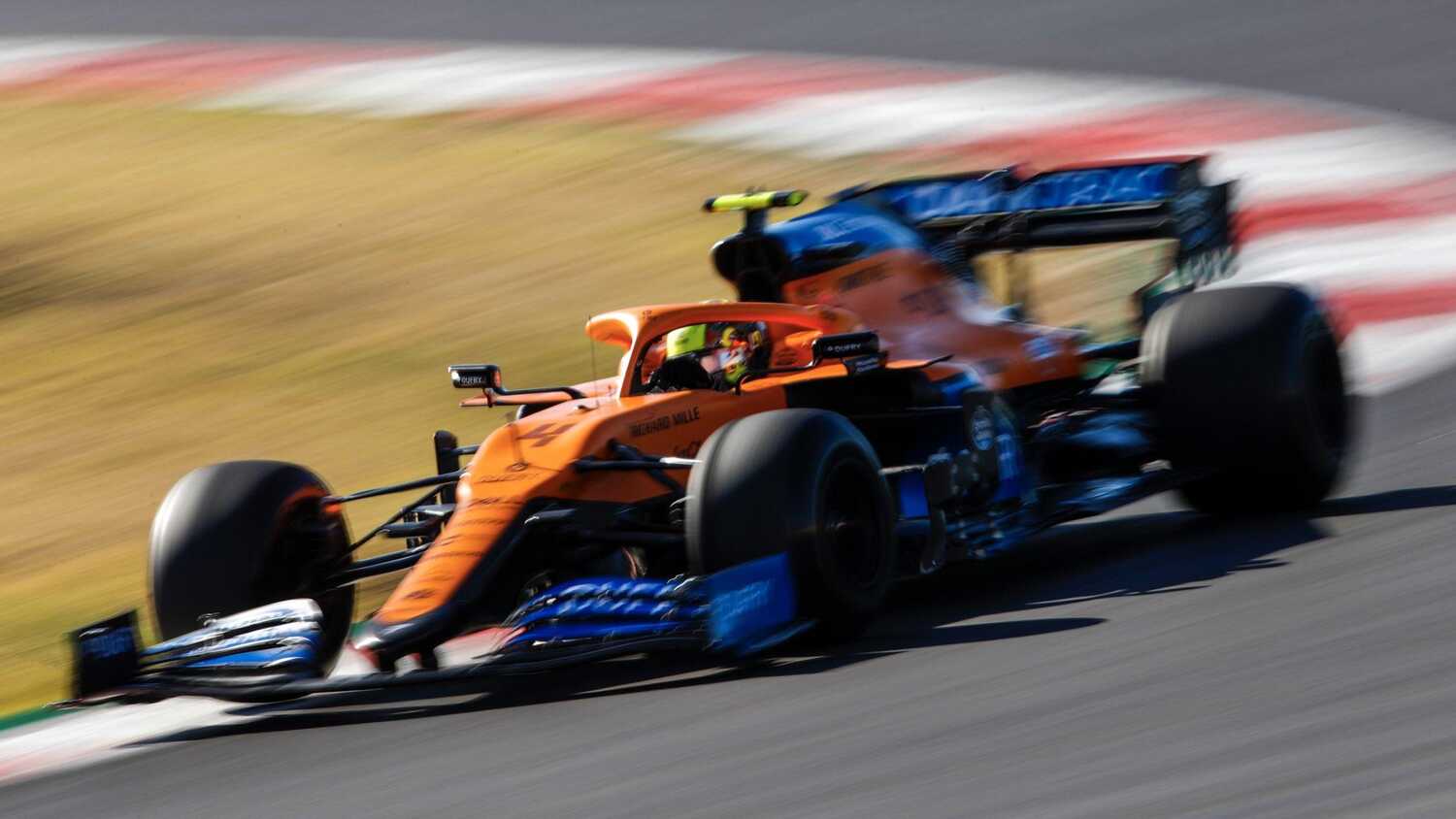 Lando Norris found criticism directed at him following comments about Lewis Hamilton's achievements in Formula 1 were tricky to navigate, as the McLaren man has nothing but respect for the reigning champion.

Hamilton took home his record-breaking 92nd victory in Portugal last October, which prompted Norris to suggest he was "in a car which should win every race". The McLaren driver apologised for his comments and even reached out to his compatriot privately, but he still found the matter tricky to deal with.

"It was tricky," Norris stated while speaking with Autosport. "There's no-one I probably respect more in the paddock than Lewis and what he's done. I've got one podium, so it's not like I can talk and say he's not doing a good job, because I know how hard it is to get a podium in the first place.

"I feel like I'm a nice guy and I try to be a nice guy all of the time. But I also try to speak a bit of the truth sometimes, and say what is true, and sometimes people don't like that. My comments, and my comments always within Formula 1, will never be to take anything away from a driver or disrespect what they've been able to achieve.

"Maybe I say some bad things sometimes, and it gets portrayed in the wrong way, or maybe I just say something I shouldn't because I didn't think properly. But it's just because I'm a human and everyone makes mistakes. At the end of the day, I never mean something bad against anyone. It's always an emotion and an outburst which every driver does.

"I've made mistakes now, and I'm sure I'm going to make them in the future."

Norris has been active on social media since making his debut, and he feels that played a part in people shaping the narrative around his comments.

"There's nothing you can do about that, that's just how people portray you," Norris continued. "I guess I've come in and I have been the jokey guy and perhaps not as serious as I should have been, and I feel like Iv'e done a better job with that.

"But I guess people have just never seen the bad side of me, or the angry side of me, and then when I have shown that, people just think I'm acting out in a bad way and I'm disrespecting everyone, which I'm not.

"You have other drivers who say these kind of things a lot of the time, and just because they've always said it, people just find that normal and then that's just the way it is."