McLaren Formula 1 driver Lando Norris says the switch to the Mercedes power-unit makes the car sound and feel different based on his first impression. 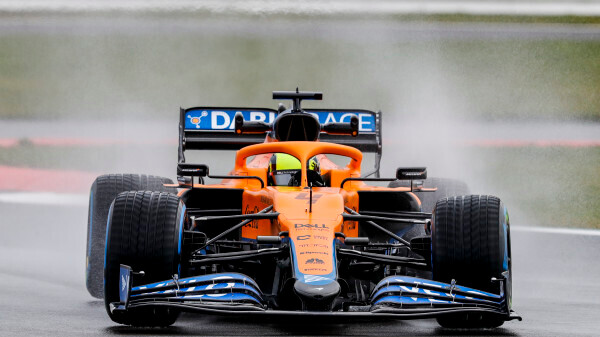 Lando Norris says that McLaren's 2021 car, the MCL 35M, feels and sounds different with the addition of the new Mercedes power-unit.

British F1 driver Lando Norris got his first taste of the McLaren MCL 35M at the shakedown conducted by the Woking-based team at Silverstone. His first impression of the car was that it feels and sounds different as compared to when the car was running Renault engines.

"It's nice to be back in it, obviously, some differences with the Mercedes and so on. So, already sounds a bit different, feels a little bit different," Norris told RacingNews365.com among others.

"Today's the first time when I can really start to give a lot more feedback and we can start to shape a lot more of the direction we go through throughout the year."

Norris also said that he is excited for the season, with the first qualifying session of the year, in particular, being something he is most looking forward to.

"I'm very excited for qualifying, I mean the whole season in general, but there's always that little extra feeling getting qualifying when it's full power, low fuel," Norris explained.

"I mean, just to get to push this car a little bit to the limits, again, you know, a few different rule changes this year, car's probably a little bit slower than what they were last year but just that feeling of being on the limits and really getting to push a racecar to the brink of crashing in a lot of corners. So it's cool."

Norris finally described what McLaren's approach to the coming season would be, saying that the team will continue to improve as the season progresses.

"Every day you got to maximise no matter if it's cold, windy, or rainy, or whatever. There's always things to learn and things to improve on," Norris said.

"Today's that day for us to already start to make those improvements to make sure we're in the best possible position to go into Bahrain test and then to go into the race.

"So yeah, a cool beginning, a nice start for all of us."