Lando Norris finished second behind teammate Daniel Ricciardo at the Italian Grand Prix, and admits he decided not to challenge his fellow McLaren driver for victory after witnessing what happened between Max Verstappen and Lewis Hamilton. 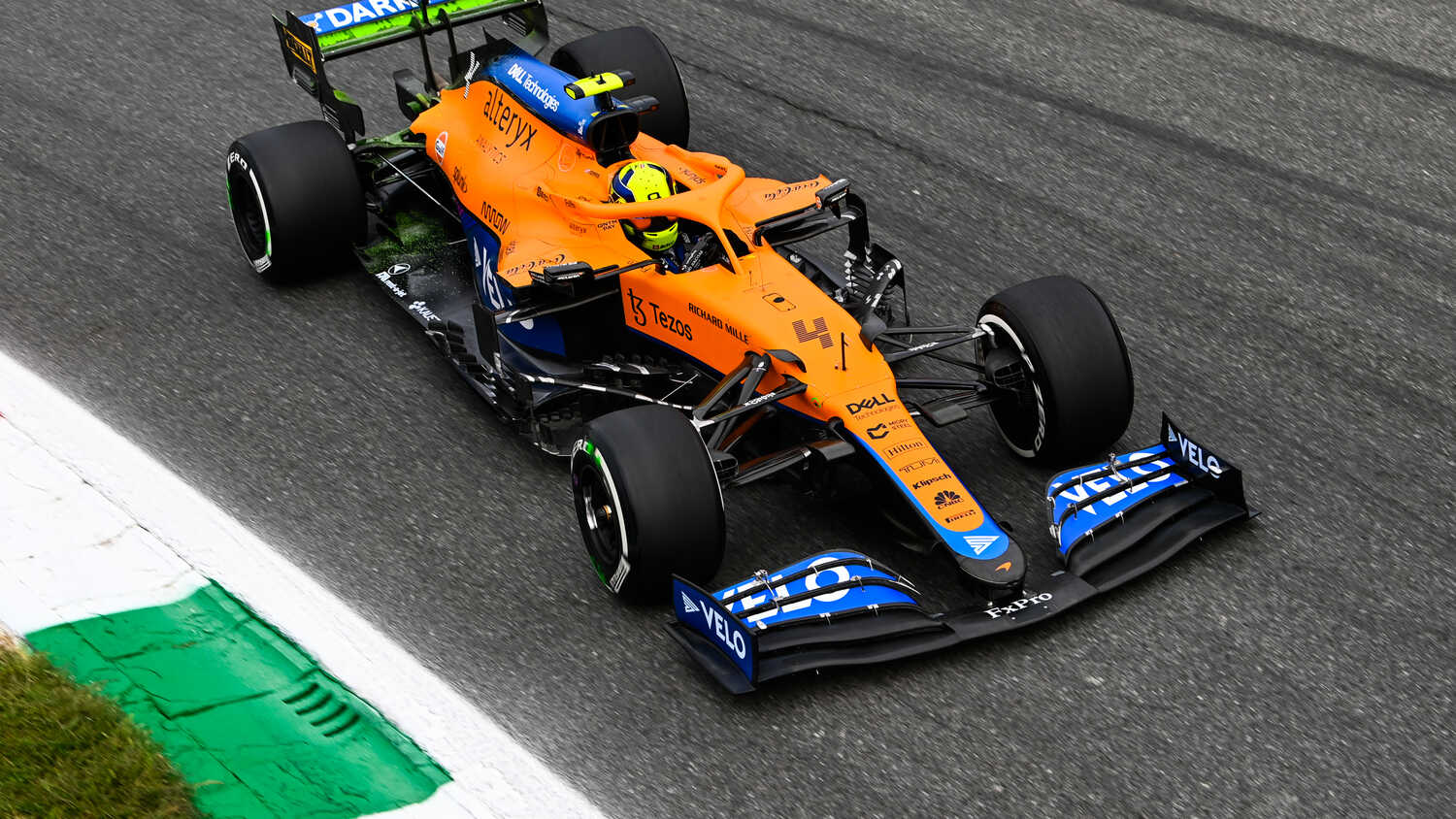 Lando Norris has admitted that witnessing the clash between Max Verstappen and Lewis Hamilton at the Italian Grand Prix put him off trying to challenge teammate Daniel Ricciardo for the win.

At certain points in the race Norris seemed keen to get ahead, but decided not to risk the team's result after seeing what happened between Verstappen and Hamilton at Turn 2 on Lap 26.

"I got a bit closer [to Ricciardo] on one lap," Norris told select media including RacingNews365.com.

"I don't know why, [but] I had a few flashes of seeing the incident between Max and Lewis. I saw it quite well in my mirrors.

"When I thought, 'Maybe I'll try [to get past Ricciardo]', that kind of was flashing up in my head and I thought, 'No, maybe this isn't the wisest decision.'

Norris is hopeful that he will eventually get his chance to fight for victory, given that he recently signed a new contract to stay with McLaren for 2022 and beyond.

"I'm here for many more years, I hope, especially with McLaren and with our team," the 21-year-old explained. "I feel like I still have an opportunity in the future to try and go for it, but in this moment and instance, I was happy just staying where I was."

Norris' second-place finish at Monza means that he retains fourth place in the World Championship standings.