Lando Norris had an impressive run of results during the first part of the 2021 F1 season, having scored points at every race up until his DNF in Hungary. Whilst disappointed, the Briton has quickly moved on. 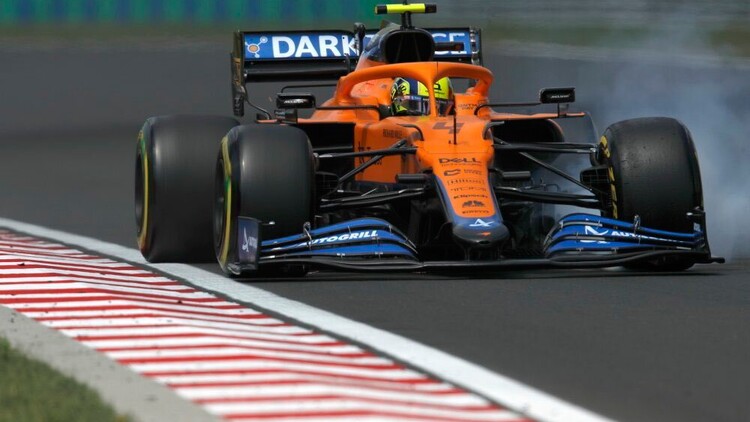 Lando Norris admits that the first half of the season didn't end the way he would have liked, with a DNF in Hungary putting a stop to his strong run of performances.

The Briton had been the only driver to score points at every race up until he was eliminated in the Turn 1 melee at the Hungaroring. Despite the disappointment of what happened, Norris was able to quickly put the incident behind him.

"After almost a perfect first half to the season, it ended the way it did, but I moved on," Norris told select media including RacingNews365.com.

"But we had the test after that and had a nice holiday, so we’ll try again this weekend."

Norris says that he had gotten over the bad result within "a couple of hours", especially given that the incident was not his fault.

Now the McLaren driver is focused on the weekend ahead at the Belgian Grand Prix and feels hopeful that the team can benefit from any mistakes made by the frontrunners.

"We had a very good first half to the season – we’re very capable of scoring good points every now and again, capitalising on mistakes from the Red Bull and Mercedes cars ahead of us," Norris explained.

"But there are a lot of very quick cars behind, the Ferrari being one of them, and AlphaTauri, Alpine were fast here last season.

"We’ll wait and see [this weekend]. The weather could play a big part. I’m hoping for a bit of rain, it makes it exciting. Just trying to get back into the rhythm of scoring good points will be key."

Norris remains in third in the Drivers' standings, whilst McLaren will continue their battle with Ferrari for the same spot in the Constructors' Championship.