Red Bull's Adrian Newey has outlined the difficulties he and the team are facing in juggling the 2021 title fight as well as development for the new 2022 technical regulations. 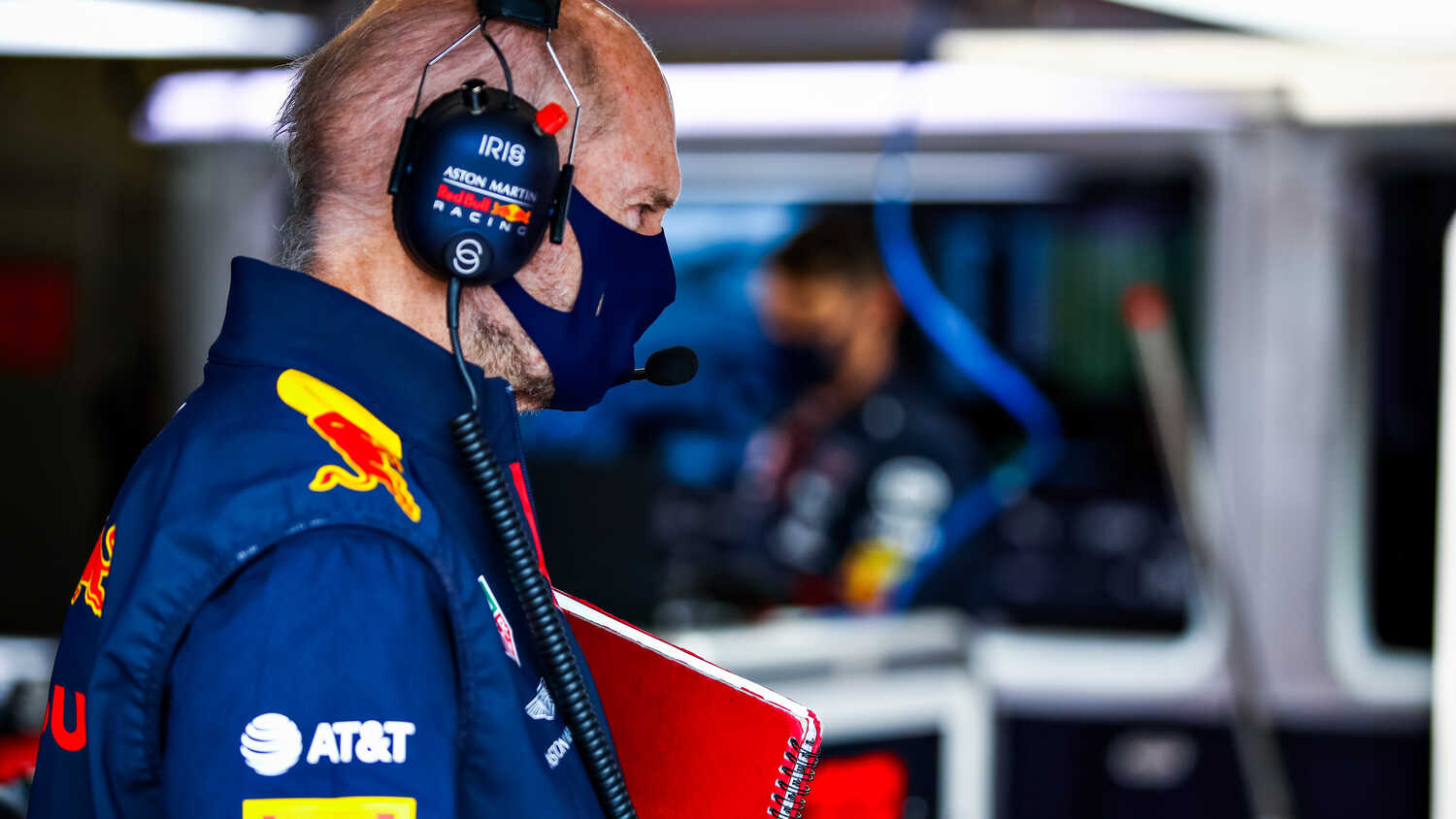 Adrian Newey is currently a man being pulled in two different directions. As Chief Technical Officer of the Red Bull Racing team, the legendary F1 designer is overseeing the development of the 2022 Red Bull car for what are some of the most comprehensive technical regulation changes in the history of the sport.

Alongside that huge challenge, which could determine the competitiveness of the team for several seasons to come, Newey is also attempting to keep the team's current challenger, the RB16B, at the head of the championship as they attempt to topple Mercedes from the top of both titles. The British engineer acknowledged the extent of the challenge, while speaking to the Talking Bull podcast.

"The second half of the season is obviously a huge load on the race team itself in terms of the travel and the time away from home and so forth," Newey said.

"And it's a strain on the factory in terms of consumption of parts. I mean, obviously, the last two raceshave also been a heavy drain on the factory, because of the amount of accident damage they've got to contend with.

"But, in terms of development of the car, the number of races doesn't particularly change it. The big balancing act we've got now is we've got this huge regulation change for next season, I would say the biggest single regulation change we've had since the old ground effect venturi cars were banned at the end of 1982.

"So it really is a an enormous change in every sense of the word, the only thing that really stays the same is the power unit. Everything else is different."

Newey explained that it's not a simple decision between choosing which one is more important and focusing on that, given the team's chances of winning this year's title.

"Well, at the moment, we now have this balancing act, as do all teams of course, of trying to keep developing this year's car, because hopefully we have a shot at the championship. We certainly do at the moment," he said.

"And yet at the same time, we can't just concentrate on that en masse and ignore next year. So we're doing our best to juggle those two balls, whilst also coping with the latest cost caps, which has meant that, unfortunately, we've had to shrink the size of the team in certain areas."