British driver Dan Ticktum has re-signed with Williams Racing, continuing in his role as a development driver. The 21-year-old will also compete in F2 this season with Carlin. 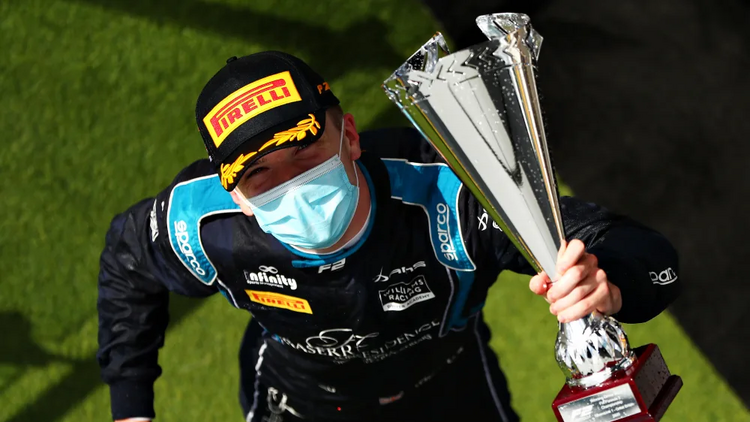 Daniel Ticktum, who will compete in the FIA Formula 2 championship this year with Carlin, has re-signed with Williams where he will continue in his role as a development driver.

The former Red Bull junior joined the Grove-based outfit in 2020 prior to his rookie Formula 2 campaign. The two-time winner of the Macau Grand Prix will carry over his role from 2020 while being more involved in the race team's on-track operations.

"It’s great to be continuing our working with Dan in his role as development driver for Williams Racing," Williams team principal Simon Roberts said in an official press release issued by the team.

"He is a very exciting young driver with plenty of talent, which is evidenced by his back-to-back successes in Macau along with his impressive rookie season in F2 last year."

Ticktum, who raced for the DAMS outfit last season scoring one win and three further podiums, was expectedly enthusiastic with the decision.

"I am very happy to be continuing my partnership with Williams as development driver," Ticktum said in the same press release.

"It will be fun to get more time trackside this year as last year was quite difficult, so it will be nice to get more involved with the team at the track.

"I am looking forward to continuing my support in the sim, and I am very focused for this year. I still have a lot of work to do as my season hasn’t started but I am privileged and very happy as always to be representing Williams."

While there is no doubting Ticktum's ability behind the wheel the talented youngster's career has been marred by a series of controversial incidents both on and off the race track. His behaviour coupled with a decline in his results ultimately cost him his status as a Red Bull junior.

The Englishman will have his chance at payback when he teams up with current Red Bull junior Jehan Daruvala at Carlin in what will surely be one of the more interesting storylines as the season progresses.