Red Bull and Max Verstappen made a big impression during the winter pre-season test, while Mercedes experienced their most difficult test in years. According to Giancarlo Minardi, however, this does not mean that Red Bull is suddenly the top favorite for winning the world title. 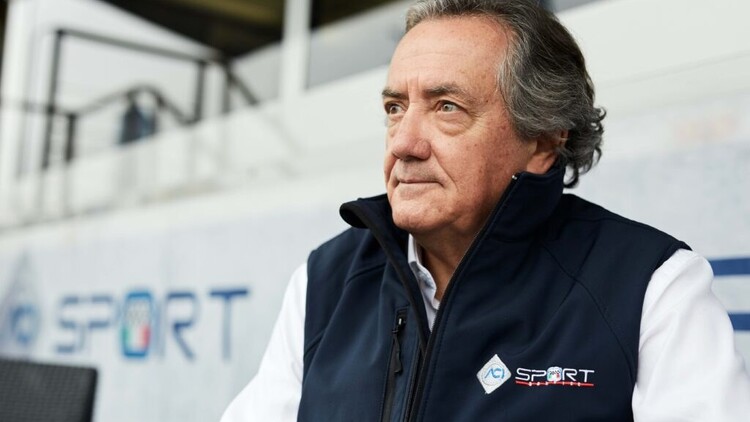 Giancarlo Minardi is working hard these days to ensure that the Grand Prix of Emilia-Romagna can be completed in a month's time, taking place on the beautiful Imola circuit.

There, the 73-year-old Italian has been active as the president of the circuit since the start of 2021. Despite his busy schedule, the former Minardi Formula 1 team owner made sure to make time to watch the test days.

In an exclusive interview with RacingNews365, the lovable Italian shared his analysis of the F1 test days in Bahrain.

“Of course Red Bull made a very strong impression in Bahrain, but in my eyes the Mercedes team is still the favorite this season," he said.

“Mercedes had to deal with some problems especially during the first days, but in the end they have quite a few faster laps. That's why they remain the team to beat the rest for me," Minardi continues.

“Because we are racing this season with almost the same cars as last year, we can see that we are at the end of the development cycle with the current cars. Red Bull will now have the opportunity to put even more pressure on Mercedes, hopefully resulting in a nice battle between the two teams."

According to Minardi, the battle behind the two top teams is just as interesting.

"I was really impressed with McLaren during the test days. It is not that easy to place a new power unit in your car and yet McLaren seems to have succeeded very well.

"They had almost no problems and were able to complete their test program. An excellent finish, so I expect something good from them this year. The same also applies to Alfa Romeo. They also left a good impression on me."

The still extremely passionate Italian also hopes that the pride of Italy will also make a big step forward.

"It is hoped that Ferrari will be able to show a little more this year than they could show last year. However, it remains to be seen whether they will succeed. Given the test, it seems that they have gotten a little closer.

"Of course they will. It will not be easy for them to get on the podium in Imola but, of course, that would be great for the Italian fans. Ferrari continues be a fantastic big team and they will continue to work hard to get further forward. Hopefully they can also compete at the front in 2022."

Minardi returned to the Formula 1 circus as president of the Enzo e Dino Ferrari circuit earlier this year. It's a choice that the Italian made with his heart, as the petrol still runs through Minardi's veins.

"I thought it was nice to still have some time to watch the test days, well,
to follow. I even looked at both the second and the third test day from the beginning to the end!

"It is and will remain a special feeling when the F1 season starts again.

"Because of my experience as a team owner you also know well what is going on and you can therefore enjoy the test days. Partly because of this, I also give a big chapeau to McLaren, because they have done a really good job this winter."