Mercedes the 'underdogs' in fight against Red Bull

Valtteri Bottas reckons Red Bull are the favourites for the Qatar Grand Prix, given their form over the course of the 2021 season so far. 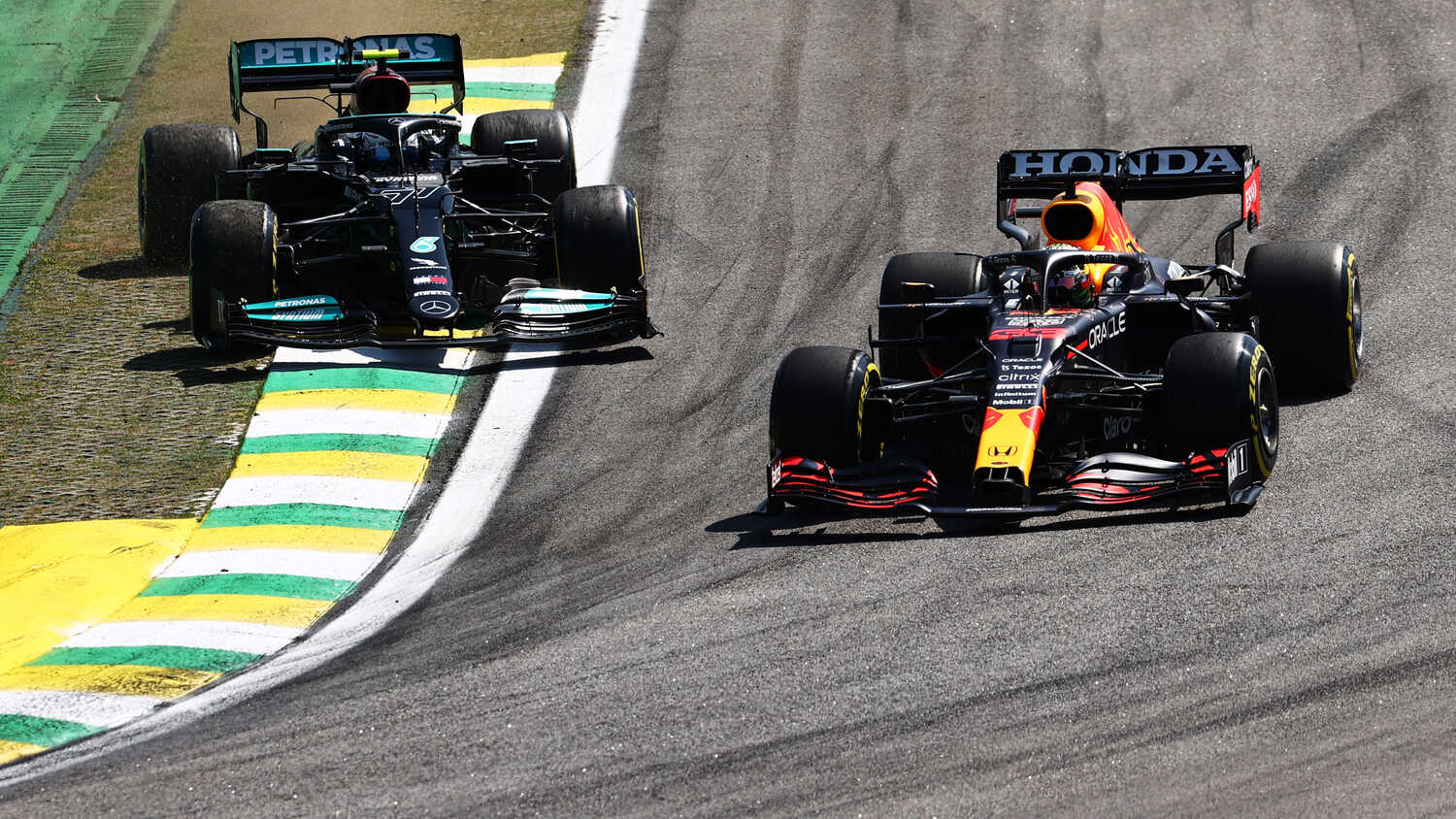 Mercedes see themselves as the "underdogs" heading into this weekend's inaugural Qatar Grand Prix, according to Valtteri Bottas, as their close fight with Red Bull for both World Championships continues.

Mercedes currently hold an 11-point lead over Red Bull in the Constructors' Championship, while Lewis Hamilton has cut Max Verstappen's advantage in the Drivers' standings to 14 points after his victory in Brazil.

However, returning from high- to low-altitude, and given Red Bull's form throughout the season so far, Bottas explained that the Mercedes camp view Red Bull as the favourites at the Losail International Circuit.

"Red Bull have had the upper hand"

"It's a new place, there's many estimates of how we think we're going to do, [and] I think we'll be close," Bottas told accredited media, including RacingNews365.com.

"For now, I would say, overall, if I look at the season, Red Bull has had a bit of an upper hand all season. There's been races we've performed well, but on average, they've been better.

"I think the mindset we have as a team is that we're again the underdogs going into this weekend.

"They've performed pretty much better than us for most of the year, but still it's so close in the points and we're leading the championship, so we've still been able to battle with them.

"We'll keep fighting and keep doing what we're doing, and hopefully we can be strong."

Red Bull raised questions over Hamilton and Mercedes' pace after failing to match their rivals in Brazil, but Sergio Perez expects his team to fare better at the Losail track, which is predominantly made up of medium- and high-speed corners.

"Good question! It's been so varied throughout the season," said Perez, when asked for his take on which team will lead the way this weekend.

"We thought we were going to be faster in Brazil, but they were a lot faster. I hope we can be stronger here. I think, definitely, the fast and fluid sections can be something good for us."

Pushed on where he feels Red Bull are slower than Mercedes at the moment, Perez said: "I think mainly on the straights. We've been slower there.

"It's become more of a trend in the last couple of races. They made a good step in that regard."