There will be some Formula 1 crossover for next year's America's Cup, as Mercedes will be working together with INEOS Britannia on the 2022 entry. 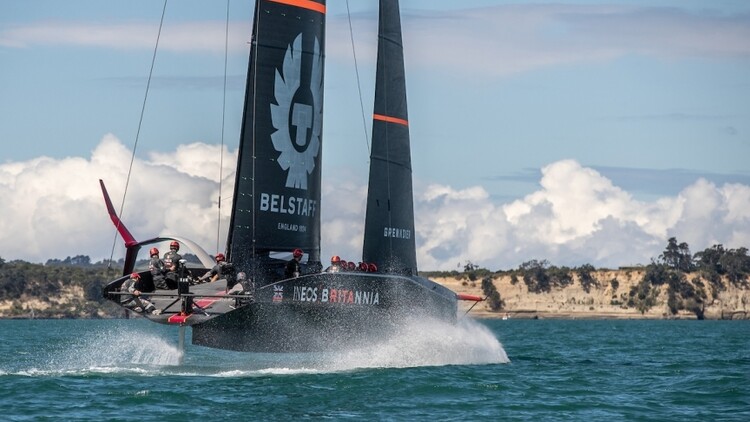 Mercedes-AMG F1's Applied Science, a division of the Formula 1 team, will work together with the British America's Cup team on the 2022 edition of the sailing race.

The team, known as INEOS Britannia, will be taking part in the America's Cup in 2022 with the backing of Mercedes part-owner Sir Jim Ratcliffe through the INEOS Sport group, which also includes Mercedes AMG F1, INEOS Grenadiers cycling team, the All Blacks, and football teams OGC Nice and FC Lausanne-Sport.

The blurring of the lines between INEOS and Mercedes continues as a result, with Mercedes' Chief Technical Officer, James Allison, serving as technical lead for INEOS Britannia. Geoffrey Willis, also of Mercedes' Applied Science, will work as Britannia's Technical Director, having had previous experience of the America's Cup through Peter de Savary's Blue Arrow Challenge.

Allison explained Mercedes' involvement in the 2022 race, having contributed some knowledge to the 36th edition of the race earlier this year.

"Our involvement in the 36th America's Cup campaign certainly whetted our appetite," he said.

"For that campaign, we came in quite late into the process and tried to add as much as we could through the design and engineering expertise of our Applied Science division. It was immediately clear to us that the America's Cup is a very exciting, and very difficult, challenge.

"This time we are one team, INEOS Britannia, with the team's design base embedded in our Formula 1 HQ, and the clear goal to bring the America's Cup back to Britain.

"We feel very lucky to be involved in this opportunity and we can't wait for the challenge ahead, it's a mouth-watering prospect."

INEOS Britannia may not be the only team with Formula 1 backing, as rumours also suggest that Red Bull could get involved with Alinghi, the 2003 and 2007 winners of the America's Cup. However, this is unconfirmed.

The America's Cup has had something of a draw for prominent Formula 1 personnel in recent years, with Red Bull's Adrian Newey serving as technical lead for Sir Ben Ainslie's entry five years ago, while newly-appointed Aston Martin Group CEO Martin Whitmarsh worked with the Landrover BAR sailing team until 2017.

There's some overlapping areas of expertise between sailing and Formula 1, mainly on the design front for drag reduction, composite engineering, and the use of artificial intelligence and simulation.