Mercedes have explained why Valtteri Bottas was forced to retire from Sunday's Qatar GP at the Losail International Circuit. 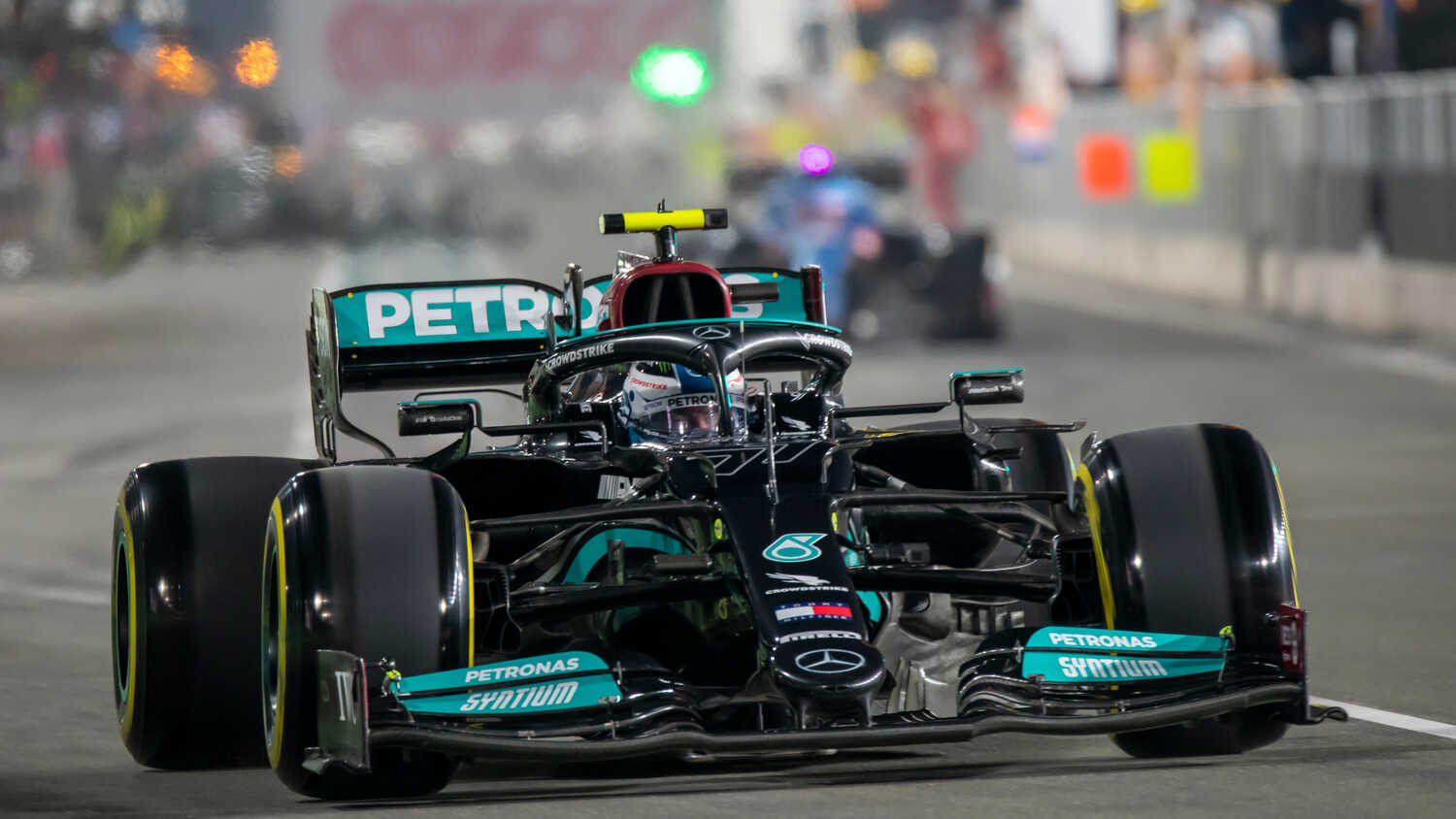 Mercedes' Trackside Engineering Director, Andrew Shovlin, has explained that Valtteri Bottas' puncture caused too much damage to be competitive enough to finish the Qatar Grand Prix.

Bottas was set to battle for the podium at the Losail International Circuit, having started from sixth, until his front-left tyre gave way after 33 laps.

The Finn was running on the Medium tyre compound and was the first of four drivers to suffer a puncture during the race.

Bottas could have been a factor to try and steal the extra point for the fastest lap of the Grand Prix away from Max Verstappen, but Mercedes say he had too much damage.

"Not only did it cost us race time, it also cost us performance," said Shovlin on Mercedes' Qatar GP race debrief video.

"That's because when you haven't got the wheel holding the car up, the wing is dragging on the road, getting damaged, the floor as well, and a lot of the aero furniture around there is getting damaged just from its contact with the road.

"So, ultimately, we had quite a big performance hit from that. When we got out, we could start to establish that in the data. So over the course of the next few laps, we were understanding how much performance we've lost.

"We were also getting a view of the race picture and it was becoming evident that we weren't going to get Valtteri back into the points. The damage was too much for him to be able to challenge anyone, so that was why we decided to retire the car."

Bottas started the race slowly, initially getting stuck behind Lance Stroll and Yuki Tsunoda. However, he began to make up ground once he cleared both drivers and was likely to finish on the podium if he didn't suffer a puncture.

Mercedes claim they were trying to clear Fernando Alonso, who took the third step of the podium in Qatar, before pitting Bottas, which is the reason for not stopping him earlier.

"Well, specifically, we were trying to clear Alonso," added Shovlin. "He was on relatively fresh Hard tyres in our pit window.

"Valtteri was faster, he was finding a few tenths a lap, and if we had stayed out another three or four laps, we would have been able to build that window to Alonso, pit Valtteri for fresh Hard tyres and drop out in front - that was the plan.

"As you saw, we had that puncture. The timing of that was really unfortunate. Valtteri felt it at about the same time we were seeing it on the data, and this was too late for him to get into the pit lane.

"He had the whole lap to do and, when you lose the pressure in one tyre, effectively you've got a three-wheeled car. It's got no grip in the right-handers and ultimately that in lap was very costly from a race time point of view."