Andrew Shovlin has explained the difficulty of knowing where Lewis Hamilton would finish after he decided to not pit at the end of the formation lap for the standing start restart. 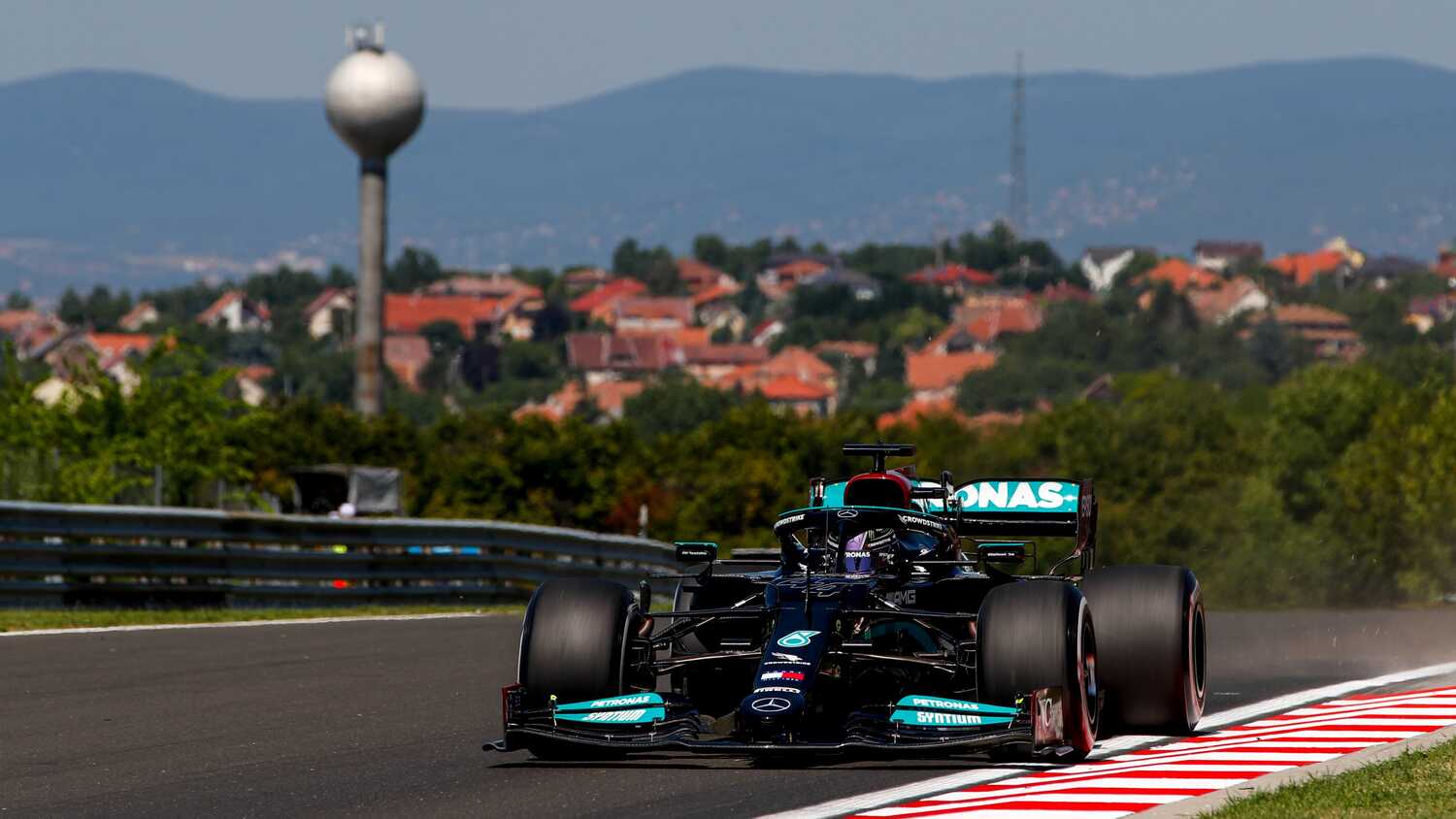 Mercedes trackside engineering director Andrew Shovlin has revealed the team found it tough to predict where Lewis Hamilton would finish throughout the Hungarian Grand Prix due to the nature of the track and the way the race panned out.

Hamilton found himself last out of the remaining runners when he switched from intermediates to dry tyres but charged through the field when his W12 came alive on the hard tyre compound and was classified in second place following Sebastian Vettel's disqualification post-race.

"It's very difficult to say because if you can get by people, Lewis had the pace to win easily," Shovlin told RacingNews365.com and other select members of the press. "And when you get stuck behind people, then you're not going anywhere and it's almost impossible.

"I mean, we were saying to him, you can still win. If you imagine a scenario where once we've converted for the two-stop, we got past Fernando [Alonso] a bit quicker, we obviously spent a lot of time stuck behind him.

"If we've been able to get through a little bit quicker then he would have been attacking Sebastian and Esteban [Ocon] at the finish."

Hamilton was just 2.7 seconds behind Ocon at the chequered flag, despite being held up by Alonso. It was enough though to take the lead of the Drivers' Championship by eight points over Max Verstappen.

"It's the worst it's the worst track apart from Monaco to lose track position," said Shovlin. "But as I said, it's phenomenally difficult to try and predict what's possible because it just comes down to how quickly you get through.

"If you pass a few quickly, anything's achievable. If you've been stuck behind someone on fresh tyres, it all starts to go wrong."