Mercedes have explained why Lewis Hamilton struggled so much for pace in the closing laps of the Turkish Grand Prix. 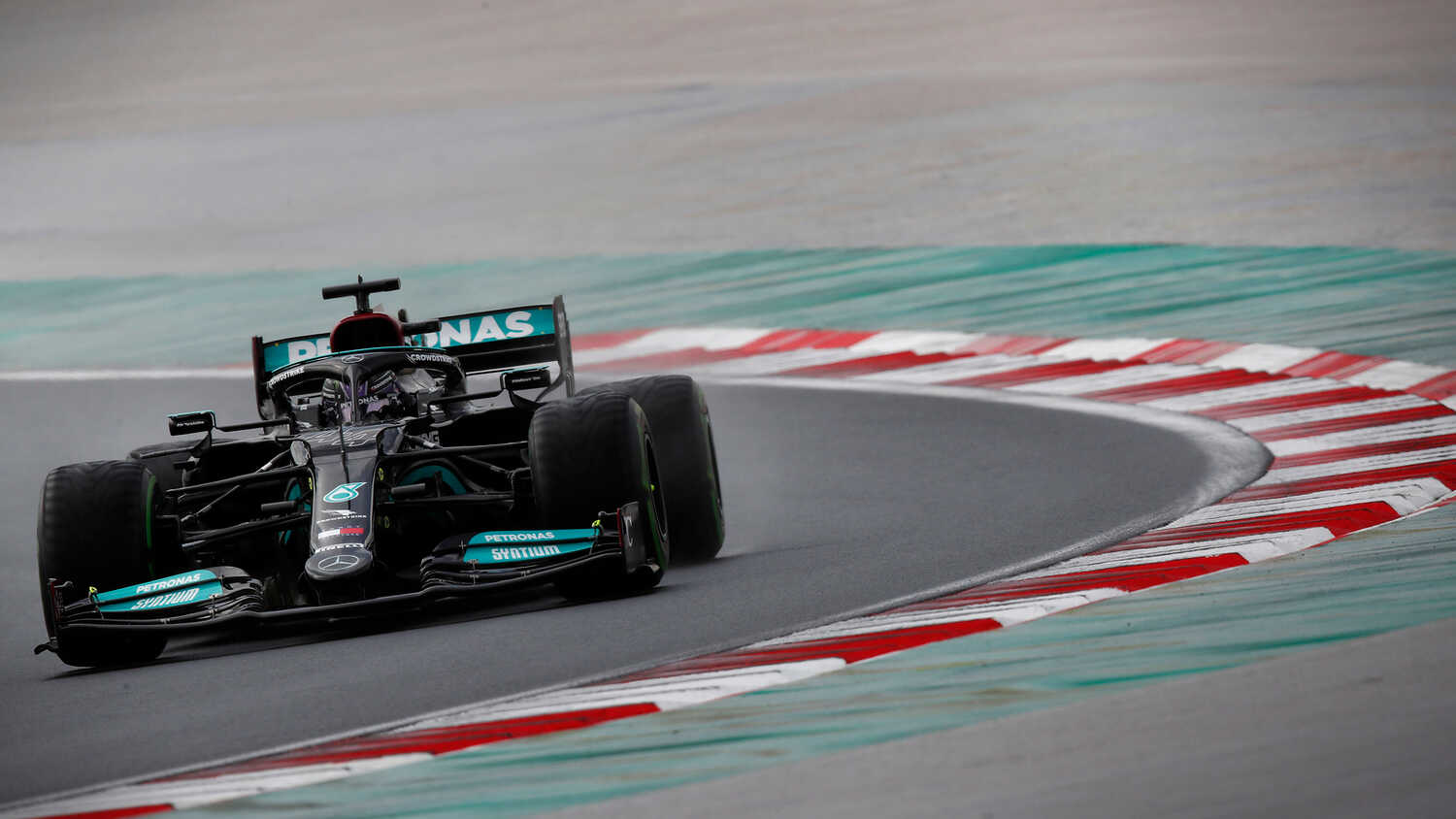 Mercedes have lifted the lid on the struggles Lewis Hamilton experienced towards the end of the Turkish Grand Prix, after the reigning World Champion pitted for fresh Intermediates with eight laps to go.

Despite the fresh tyres, Hamilton's pace wasn't particularly strong in the final laps and he came under serious pressure from AlphaTauri's Pierre Gasly and McLaren's Lando Norris.

Hamilton's tyres were going through a 'graining' phase, something which most of the other drivers had already weathered earlier in the race after stopping at a much earlier point.

Speaking in the team's post-race debrief, Mercedes' James Allison explained why Hamilton had struggled for pace as he went through that phase.

"If you looked at Lewis' very first lap when the tyres were absolutely virgin, he was closing in on [Charles] Leclerc ahead at something like three-and-a-half-seconds a lap in his first lap but, thereafter, he dropped back quite substantially and, in fact, Leclerc was able to pull away from him again," explained Allison, Chief Technical Officer at the team.

"Far from chasing down the people in front on his new tyres, he was actually under threat for a little while by Gasly and Norris behind. This behaviour, this quite sharp change of grip in the tyre, is caused by graining.

"This graining is ruinous for the car's performance, and can turn an otherwise competitive machine into something really quite poor and, for a little while, it meant that Lewis was under a degree of threat from behind."

Despite the attentions of Gasly and Norris, Hamilton was able to weather the threat and massage his car home in fifth as the tyres began coming to him nearer the chequered flag.

Allison explained that he was coming out of that graining phase by the time the race had ended, but too late to make any further progress.

"Happily, before that threat could really properly materialise, enough rubber got thrown away by the tyre progressively graining and tearing the surface away," said Allison.

"You get a smaller amount of tread left behind and as the tread reduces in thickness and the amount that the rubber is being stretched and squished reduces, so too does its temperature drop, and as its temperature drops it starts to get under control and the graining problem stops.

"So we were lucky that the graining didn't actually cost us places to those folks behind and it would have been better for us to have stopped earlier so that we could have brought the tyres in gently, going very, very much slower than the tyre was capable of in the first four or five laps until a bit of wear had taken place.

"Then you can lean on it and then the pace will come, which is pretty much what Valtteri [Bottas] did in his stop. [He was] very conservative at the beginning, brought the tyre in and then devastatingly fast in the end when he got fastest lap.”