Mercedes explain what was damaged on Hamilton's car in Austria

Mercedes have revealed what was damaged on Lewis Hamilton's car that caused him to lose out on a podium place in Austria. 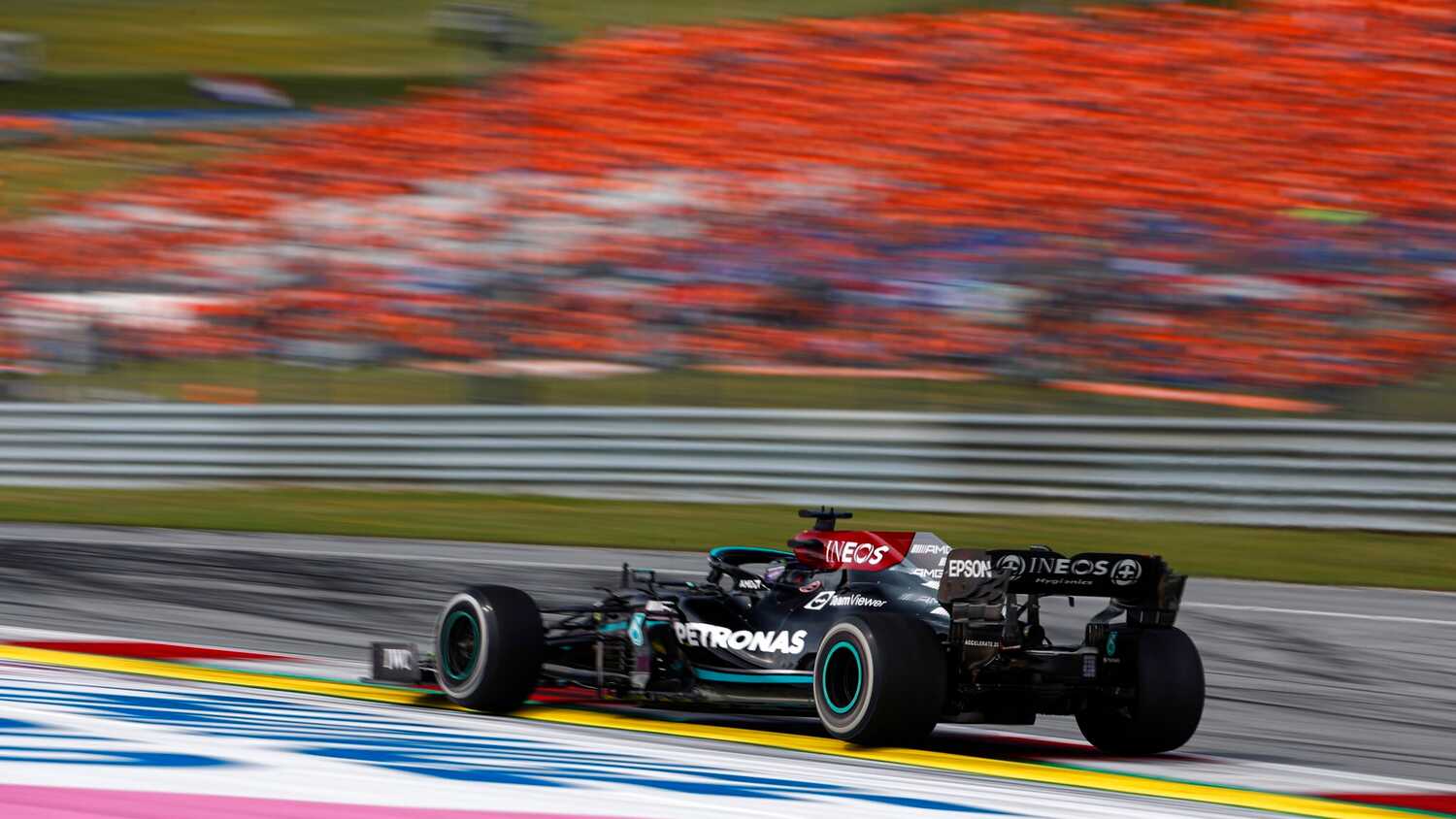 Mercedes have revealed what was damaged on Lewis Hamilton's W12 that meant the reigning Champion lost pace and, ultimately, a podium place at the Austrian Grand Prix.

Hamilton had been running in second place when he picked up some damage over the kerbs midway through the race. The damage resulted in him falling back into the clutches of teammate Valtteri Bottas and McLaren's Lando Norris, with his pace being so slow that Mercedes had to allow Bottas to overtake. The team have since confirmed what exactly got damaged on the car.

"The bit that got damaged is some of the winglets that sit on the rear uprights, so the carbon work there," said Andrew Shovlin, Mercedes' Director of Trackside Engineering.

"It’s quite intricate aerodynamic parts that generate an awful lot of the performance on the car actually, it is a very sensitive area and we are measuring the pressures in those areas and from that, we can calculate the performance."

Mercedes' team boss Toto Wolff explained after the race that they estimated a drop-off of around 30 downforce points, with Shovlin able to reveal roughly how much laptime that added up to.

"Now, the estimates that are coming in were around 30 to 40 points of downforce. That translates to around six or seven tenths of a second per lap, so quite a substantial amount," he said.

"But even worse here, it all came off the rear axle so Lewis had a lot of oversteer on that stint, the backend of the car is sliding around, it’s heating the tyres and wearing the tyres and that problem starts to compound itself with higher rates of degradation so ultimately it cost Lewis the P2 position, it also meant that we decided to stop for another set of tyres just to make sure he could get to the end.”