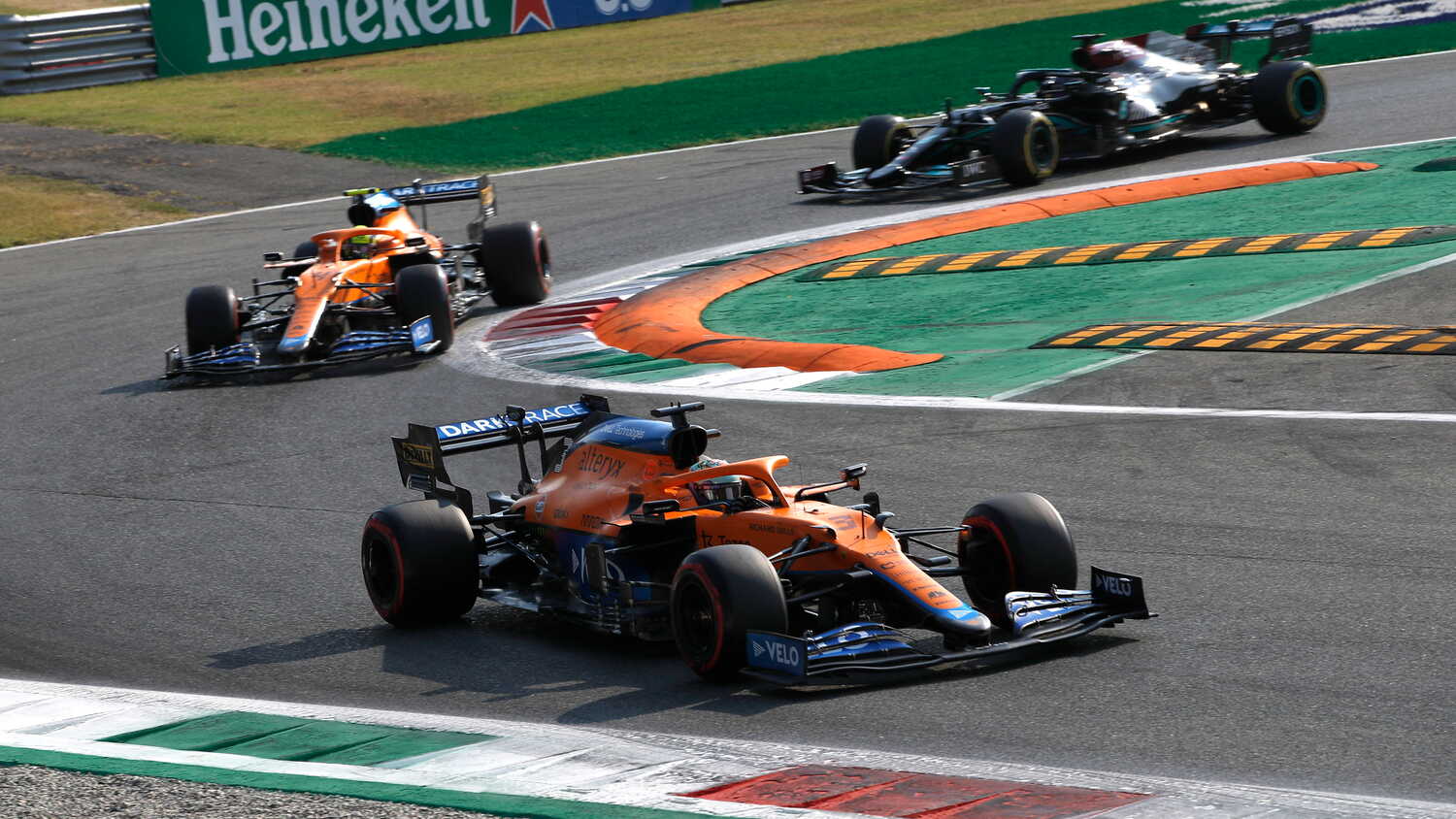 Team Principal Andreas Seidl is sure that McLaren do not have a car which is capable of fighting for victories every weekend, despite them taking their first win in nine years when Daniel Ricciardo made the top step of the podium at the Italian Grand Prix.

Ricciardo led home teammate Lando Norris at Monza, the first time a team has recorded a 1-2 finish this season.

McLaren picked up 44 points overall, as Ricciardo also took the extra point for the fastest lap of the race, underling the car's speed.

"Looking at Mercedes and Red Bull, they simply have a car that can fight for the win every single weekend," Seidl told RacingNews365.com and other select members of the press. "That's the gap we still have as a team compared to these guys.

"We are not focused on the 1-2 or what the other teams are doing. It's a sensational result for us. But again, we got completely destroyed at Zandvoort in terms of performance.

"That's the gap we still have to the top teams with our car. We have to keep working hard in order to close this gap on all kind of circuits.

"But, of course, a day like Sunday is the best motivation to simply keep going and, obviously, I'm very happy as well with both drivers."

Ricciardo admits "there were days when he fell out of love with F1" this year, after going through a difficult spell in the first half of the season.

Seidl says Ricciardo is "back where he and the teams want him to be" as McLaren moved ahead of Ferrari in the battle for third place in the Constructors' Championship.

"I'm very happy with Daniel making the steps now since the summer break, and getting back to where he wants to be, where we want to have him," said Seidl.

"This, in addition to Lando, who is in unbelievable form this year.

"Obviously, that's the driver line-up we want to have, and we need to have in order to fight Ferrari, and in order to keep going on our journey towards the front of Formula 1 again."