McLaren defiant in battle for P3: There's no reason to give up

The Mexican Grand Prix weekend was not a good one for McLaren, with the team losing out to Ferrari in their battle for third in the Constructors' Championship. However, Andreas Seidl believes it isn't over yet. 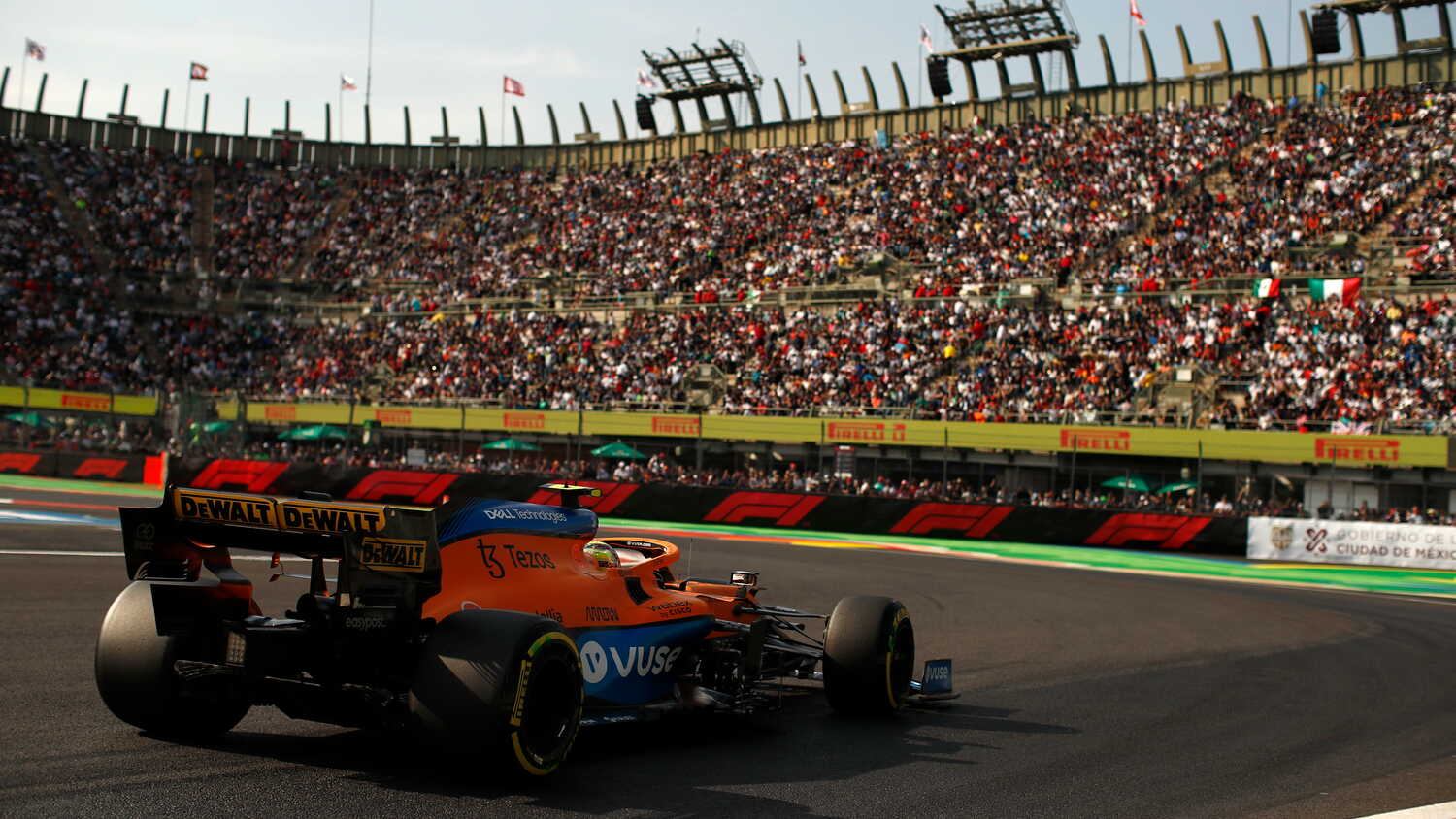 McLaren have vowed not to give up in the battle for P3 in the Constructors' Championship, despite Ferrari getting ahead of them in the standings after the Mexican Grand Prix.

It was a difficult weekend for McLaren at the Autodromo Hermanos Rodriguez circuit. Lando Norris was demoted to P18 on the grid due to an engine change penalty, but managed to score one point with a P10 finish in the race.

Meanwhile Daniel Ricciardo qualified in seventh, yet hit trouble on Lap 1 when he clipped the back of Valtteri Bottas' Mercedes into Turn 1. The damage sustained in this incident forced the Australian to pit, and he then struggled to move up through the field, leading to a P12 finish.

Rivals Ferrari had a much better day, with Charles Leclerc and Carlos Sainz claiming P5 and P6 respectively. This means that the Scuderia have built a 12.5 point advantage over McLaren in the Constructors' standings, but Andreas Seidl, Team Principal at the Woking-based squad, sees no reason to give up hope.

"I think the most important thing is to accept that days like today can happen in racing," Seidl told media including RacingNews365.com.

"It's a part of the sport. At the same time, they can happen to a competitor, so there is no reason to give up this fight."

A "big hit" in the Constructors'

With the 2021 F1 calendar currently in the middle of its final triple-header, McLaren will only have a matter of days to wait until they can try again at the Brazilian Grand Prix.

Seidl believes it is important to "move on", and hopes that the team can "strike back" in Interlagos. However, with only one point scored in Mexico City, he acknowledges that this was quite a blow to their standing in the Constructors'.

"What is so disappointing for us today [is that] we only scored one point," Seidl explained.

"Which is a big hit for our score in the Constructors' Championship. [But we] just have to stay focused on ourselves, [and] make sure we keep scoring points consistently, which we didn't manage today."

There are four races remaining in the season for the P3 battle to play out. McLaren currently hold 255 points, whilst Ferrari have 268.5 points to their name.