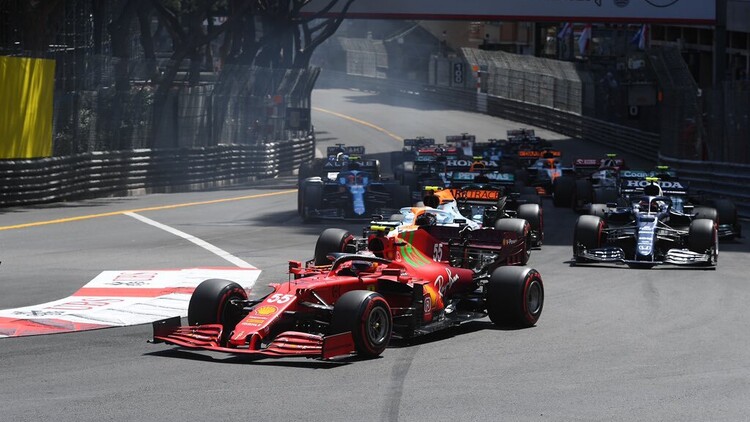 Former Brazilian F1 driver Felipe Massa has lavished praise on Carlos Sainz, stating the Spanish racing driver competed with Max Verstappen on an even footing when they were teammates at Toro Rosso.

Sainz, who in 2021 made the switch from McLaren to Ferrari, claimed his first podium for the Italian team at the Monaco Grand Prix. The Spaniard has consistently improved since his F1 debut in 2015 when he was paired with Dutchman Verstappen at Toro Rosso (now AlphaTauri) and despite being beaten in the Driver's Championship that year, Massa thinks Sainz was more than capable of pushing the then prodigy.

"I have always appreciated Sainz, from the moment he made his F1 debut, he has always been there, even in his first year when he had to compete with then-teammate Verstappen," Massa told Sky Italia.

"He did well against Max, while we all know that Max is Max, Sainz was able to compete and he has continued that line in his Formula 1 career.

"Carlos [Sainz] is very stable both physically and mentally and that is why I am happy about the fact that he is driving for Ferrari. He fits well with the team from Maranello and he must now also keep dreaming of the highest possible.

"Always believe. He also has an excellent teammate with Charles Leclerc, who has a bright future ahead of him. That completes the picture for Ferrari"

"Ferrari really surprised me this year, but especially in Monaco," Massa continued.

"After the first free practice sessions in Monaco, I had dinner with Leclerc and he already told me that he was so surprised that the Ferrari car drove so well through the streets of Monaco."

Ferrari currently lie fourth in the Constructor's standings, a single point behind McLaren after the first five races of the season.