Red Bull's Helmut Marko has revealed the team briefly considered running the yellow-marked Medium tyres for Q3 in the United States, due to their performance in Q2. 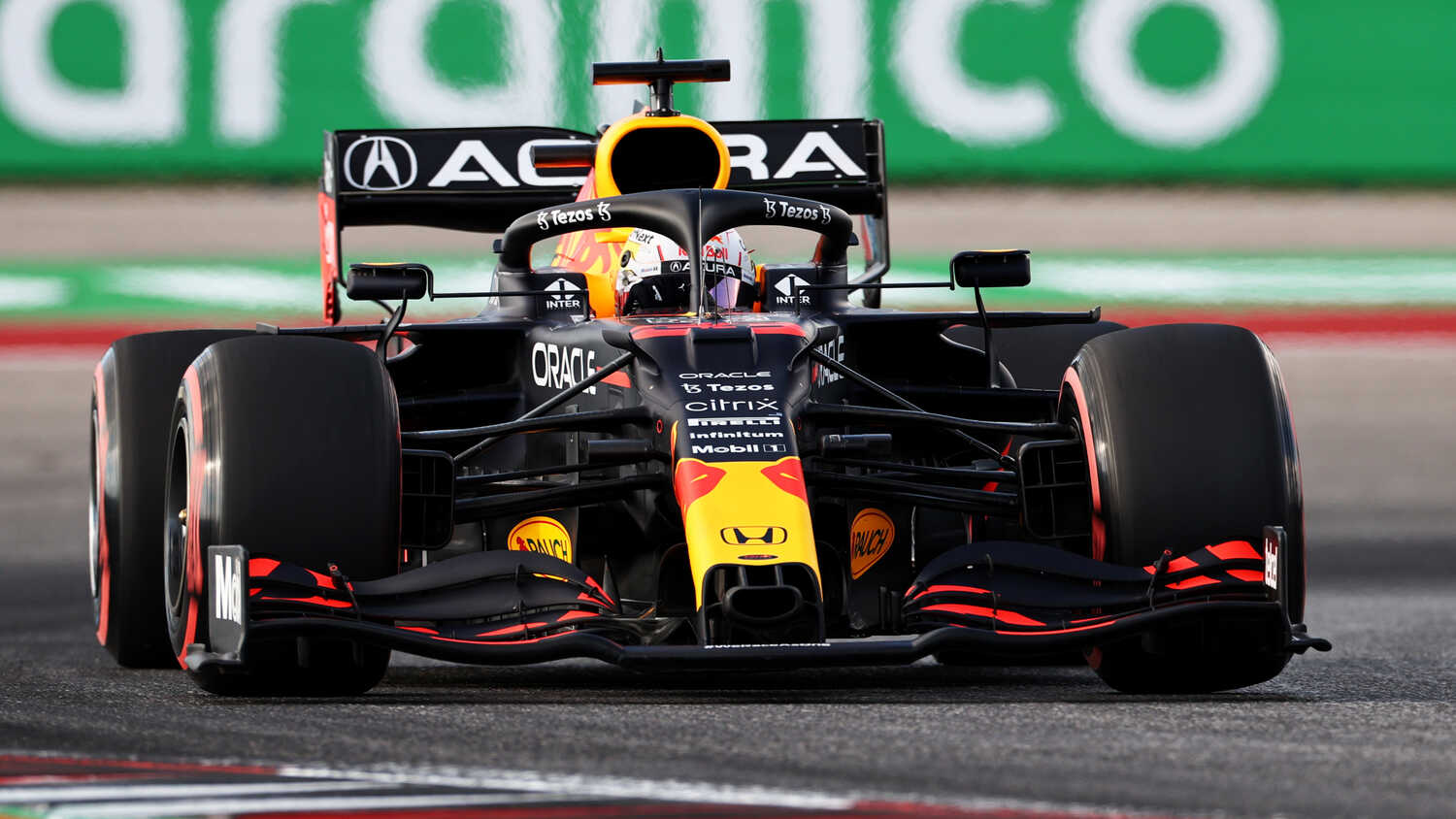 Red Bull's Helmut Marko has revealed that his two drivers were almost sent out on the yellow-marked Medium compound for the final part of qualifying in the United States, due to how well they had performed during Q2.

Max Verstappen had been a third of a second clear of both Mercedes cars in Q2, with all drivers running the Medium tyre compound.

That sort of time advantage gave Red Bull cause to consider using the same compound for Q3, due to the Soft tyre being so difficult to keep alive for the entire flying lap.

In the end, Verstappen took pole on the Soft tyre, but his best Medium tyre time was only 0.3 seconds slower than Hamilton's best Soft tyre time – indicating that it would have been feasible, if futile.

Having started the weekend on the back foot against a pace onslaught from Mercedes, Marko praised Red Bull's turnaround over the course of Friday and Saturday.

"We optimised our car even further and even considered going into the third qualifying session with the Medium tyre," Marko told Sky Sport Germany.

"But then we also saw that if you don't overload the tyre in the first sector, the Soft tyre is faster.

"We are really proud of our technicians that they optimised the car like this, considering that we were still a second behind in first practice."

As for why it took some time for Red Bull to find the sweet spot with the RB16B, Marko said it was just a case of diligently working away on the setup to find the right performance window to challenge the Mercedes.

"Our car is maybe a bit harder to set up than the Mercedes," he admitted.

"They come here knowing they are fast. But we know our potential, we just have to call it up.

"Max was maybe too aggressive yesterday as well. He overheated the tyres so much in the first sector that there was nothing left in the last.

"He did better today. But [Sergio] Perez was also very good. Especially our pace on the Medium was very encouraging. We are slightly optimistic about the race."

Both Red Bull and Mercedes drivers will start the United States Grand Prix on the Medium compound.