Marko not expecting Hamilton to quit F1: He's too good for that

There has been much speculation regarding Lewis Hamilton's future since the controversial Abu Dhabi Grand Prix, but Red Bull's Helmut Marko believes the Mercedes driver will be determined to win the title in 2022. 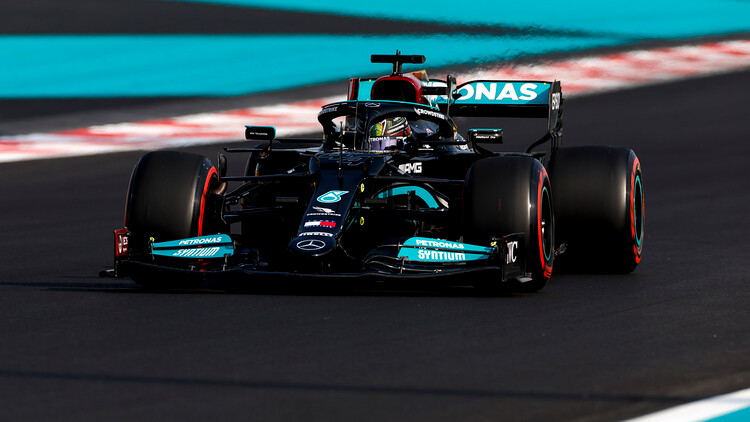 Helmut Marko does not believe that Lewis Hamilton will walk away from Formula 1, despite recent speculation about his future.

The Mercedes driver has remained silent since losing out on the World Championship to Max Verstappen in controversial style at the Abu Dhabi Grand Prix, leading to talk over whether he will continue in the sport.

Team boss Toto Wolff couldn't guarantee that Hamilton would be back in 2022 when he recently spoke about how both he and the seven-time World Champion have been feeling "disillusioned" since the race.

However, Red Bull advisor Marko is not expecting Hamilton to quit Formula 1 just yet, and thinks that the Briton will want to fight for the championship next year.

"Lewis will do everything to grab that eighth title," Marko told German media outlet Sport1.

"He is still too good to stop and has been able to deal with losses before. He can do that now too."

Challenge from Russell in 2022

The Mercedes team will look a little different in 2022, with Hamilton being joined by new teammate George Russell, who replaces Valtteri Bottas after the Finn's five-year stint with the Silver Arrows.

Marko is keen to see how Russell can push Hamilton, and admits that an internal battle between the pair could be a good thing for Red Bull.

"I'm looking forward to seeing how much pressure his new teammate, Russell, puts on Hamilton," Marko explained. "Bottas couldn't do that.

"That can be an advantage for us."

Whilst Hamilton continues his silence following Abu Dhabi, others have spoken out about his reasons for keeping quiet.

The Briton's brother Nicolas Hamilton has said that his sibling is "fine" but is taking some time away from social media.

Wolff, meanwhile, says that Hamilton has been silent because he "simply lacks words" after the controversy of the season finale.