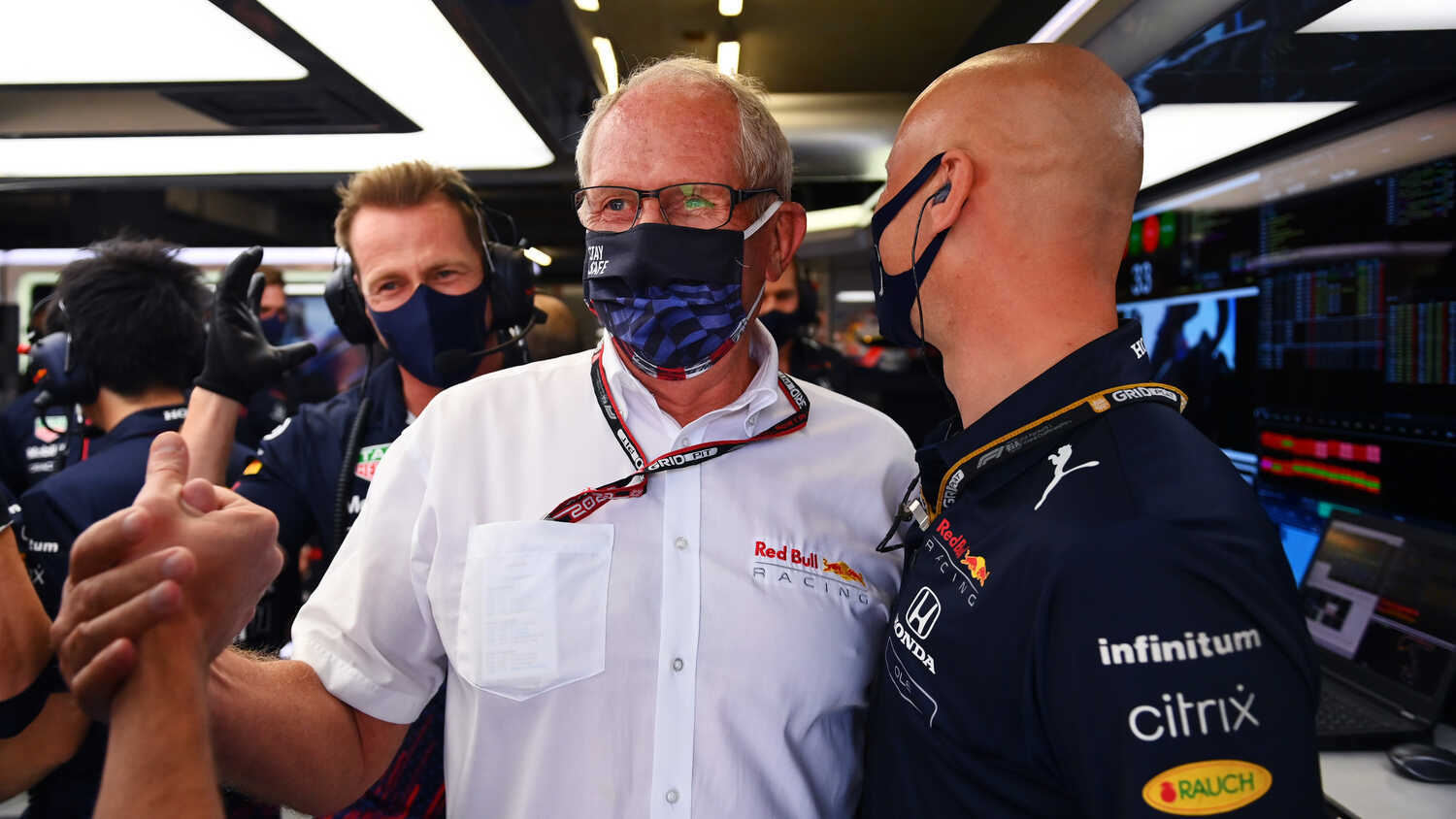 Verstappen brushed off the pressure from the daily crowd of 70,000 passionate fans at Zandvoort to beat title rival Lewis Hamilton to pole position and the race win, reclaiming the lead of the championship standings in doing so.

"This is the best day ever in my role as Red Bull advisor. It's unbelievable!" Marko told RacingNews365.com.

"This performance of the team, of Max, with such an audience. What more could you ask for? It's fairytale-like."

Marko heaped praise on Verstappen for single-handedly dealing with the two Mercedes drivers in Sunday's race, after teammate Sergio Perez was knocked out in Q1 and eventually started from the pit lane after an engine change.

"Hamilton went on the attack and it was all about not asking too much of the tyres. Max did a great job and we were not in any danger after Lewis' two undercut attempts," added Marko.

"It was indeed dangerous [when Bottas was in front of us], but thank God his tyres were all over the place by then. That is why he made mistakes.

"It was two against one, which was a trauma for us. But with the sovereign Max, we still managed to win."