Marko: Championship would be over without these two exceptional drivers

Red Bull's Helmut Marko believes this year's title fight would already be over if it wasn't for the calibre of the two drivers duking it out. 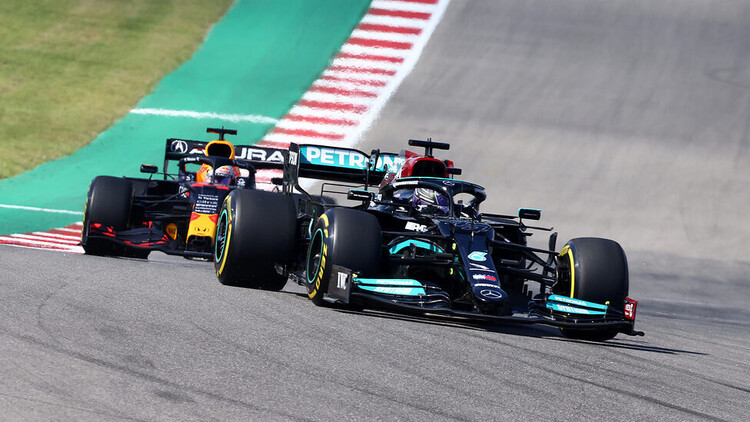 Red Bull motorsport advisor Helmut Marko believes that the World Championship would have already been decided in one team's favour, if the other didn't have a driver of the same calibre.

With Max Verstappen and Lewis Hamilton 12 points apart at the top of the table, their superiority over the rest of the field was perhaps best demonstrated in the United States. After the race ended with them separated by just a second, they were more than 40 seconds clear of anyone else.

It's been a constant theme this year, and Marko said the deciding factor in the title race could come down to something as small as the temperature.

"It is so close together that the shape of the day, the asphalt and even the outside temperature can be the deciding factor," Marko told Motorsport.nl.

"It seems that Mercedes can find the right setup significantly faster. Our car is more complex and, as a result, we often need more time for the setup.

"Furthermore, there are only two drivers who always manage to get the most out of the cars. Hamilton at Mercedes, and Max, of course, with us."

Marko praised Sergio Perez for his recent uptick in form, as well as saying that Mercedes' departing Valtteri Bottas has started to rise to the occasion as the championship battle heads to the crunch races.

"As for the second drivers, Perez has thankfully found his way up and Bottas... His race in Turkey was extremely good, and the one in Austin above average," Marko said.

"But there are only two exceptional drivers who keep this duel alive, regardless of whether Mercedes or Red Bull has the faster car.

"In the end, the driver really makes the difference this year. And those drivers are so extremely good that Verstappen can even beat a faster Mercedes on Hard tyres, as happened in America."