Marko: Bottas beating Hamilton is good for us

The Red Bull advisor was happy to see Valtteri Bottas take top spot for the start of the Sprint Qualifying race at the Italian Grand Prix. 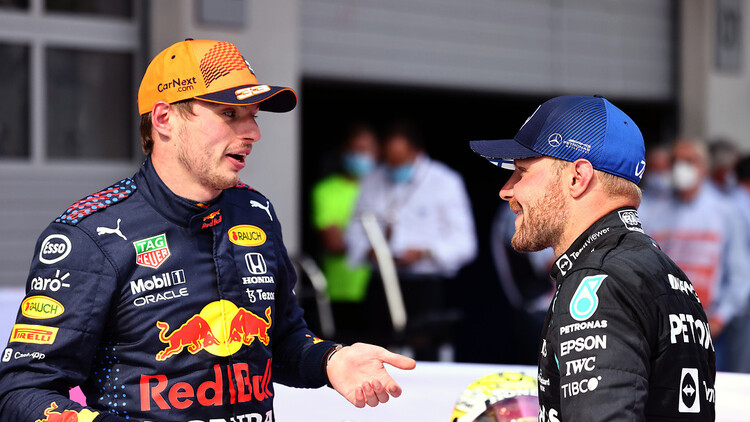 Red Bull advisor Helmut Marko says it was "good that Valtteri Bottas was fastest" in qualifying for the Italian Grand Prix because it means Lewis Hamilton will start from the dirty side of the grid.

Mercedes locked out the front row at Monza, with Red Bull's Max Verstappen 0.411 seconds behind Bottas in qualifying.

Hamilton came into the Italian GP three points behind Verstappen in the Drivers' Championship, with 29 points on offer this weekend.

"The damage limitation has succeeded perfectly," Marko told Austrian broadcaster ORF. "Last year we were a second behind, now it's four-tenths of a second.

"It's also good that Bottas has pole position [Sprint King] because Hamilton starts on the dirty side of the track. That can make for an interesting first corner.

"If we manage to stay behind in the slipstream in the main race, then everything should actually be possible."

Bottas will start at the back of the grid on Sunday because he has taken on a fourth power unit. Red Bull have stated that Verstappen will also be forced to take a grid penalty during the second half of the F1 season.

Verstappen says the plan is not to take a grid penalty this weekend and Marko has confirmed his driver's comments, saying Bottas' grid penalty will not affect Red Bull's decision.

"We are in a good position," added Marko. "We can make it onto the podium in both races.

"Max would only possibly change [his] engine if he had a collision in the Sprint race or has a technical [problem], then it's worth considering."