There's no bad blood between Charles Leclerc and Sergio Perez following their almost coming together in Austria. The Monegasque driver has moved on from the matter and is hopeful Ferrari can show their pace at Silverstone despite some concerns about front tyre wear. 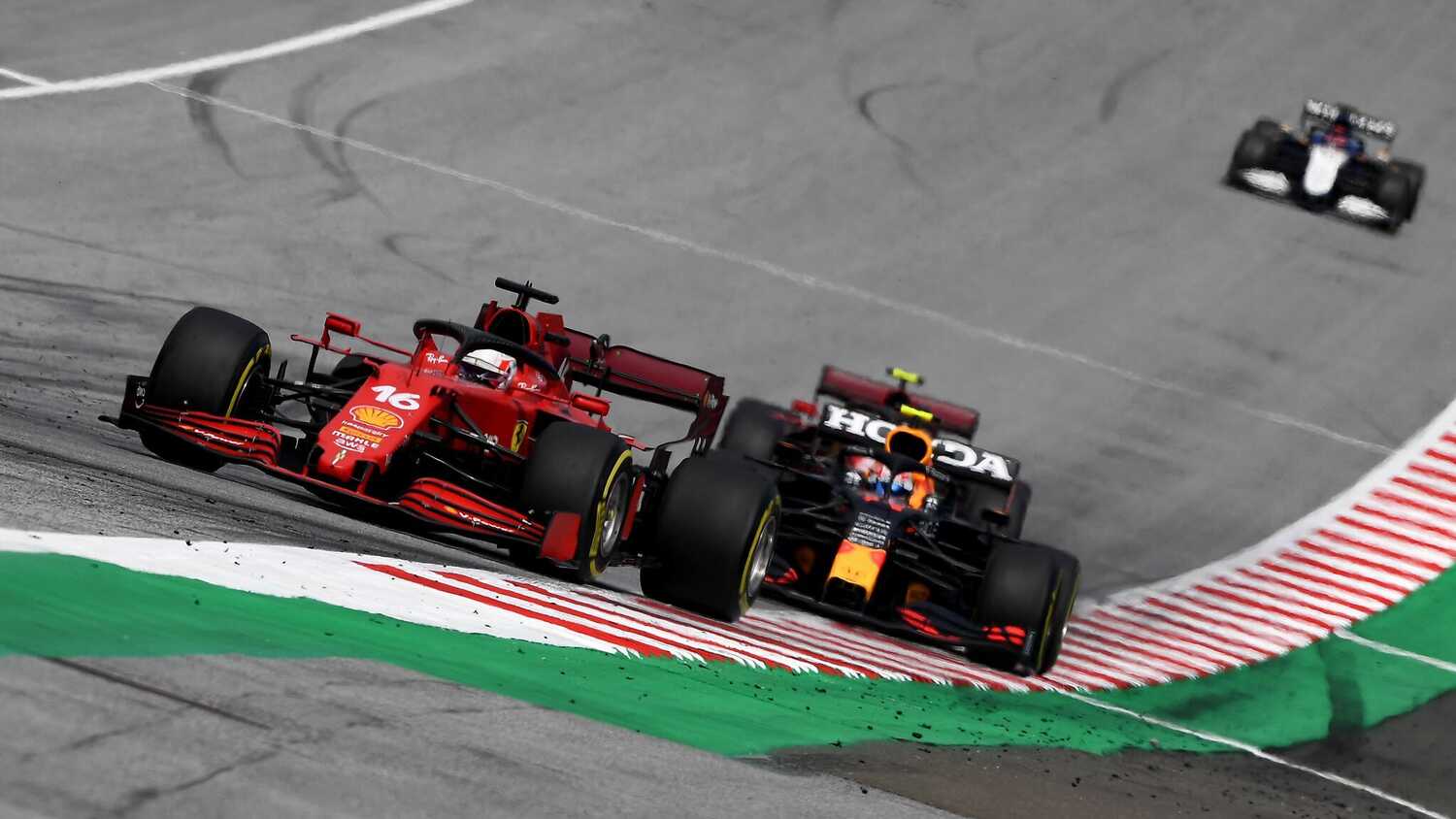 Charles Leclerc says there is no bad blood between him and Red Bull's Sergio Perez following their battle at the Austrian GP that saw the Monegasque driver forced off track on two separate occasions.

The two were battling for sixth place for the majority of the race and the pair made contact at Turn 4 and then nearly collided again at Turn 6. Leclerc was forced wide both times while Perez was handed a penalty for his actions, however the Ferrari driver said there are no bad feelings between the two.

"I spoke to him straightaway after the race," Leclerc told RacingNews365.com and other members of the media. "I could feel that straightaway he felt like he had gone a bit too far, and then we saw each other like 20 minutes after the heat of the moment and then he apologised.

"There are no bad feelings. Obviously, during the race I was quite frustrated. I felt like there was quite a bit more pace from me and I couldn't show it bu it's fine. It's part of racing and now I'll just look forward."

As for this weekend's British GP, Leclerc has had success at Silverstone at the past. Ferrari's form has been inconsistent in recent weeks, and the Monegasque driver is hopeful the team has an uptick in race pace compared to Austria even though tyre management could pose a problem.

"In Austria we were bit less strong in qualifying but very strong in the race," Leclerc added. "Hopefully here we can be a bit stronger in quali while keeping our race space.

"Let's not forget Paul Ricard where we had this front tyre issue. Silverstone is quite a difficult track for the front tyres so we need to take care of this. Hopefully we have done a good enough job to try and avoid this issue this weekend."