Charles Leclerc says Ferrari are not predicting "big, big changes" in terms of performance with the introduction of their new power unit. 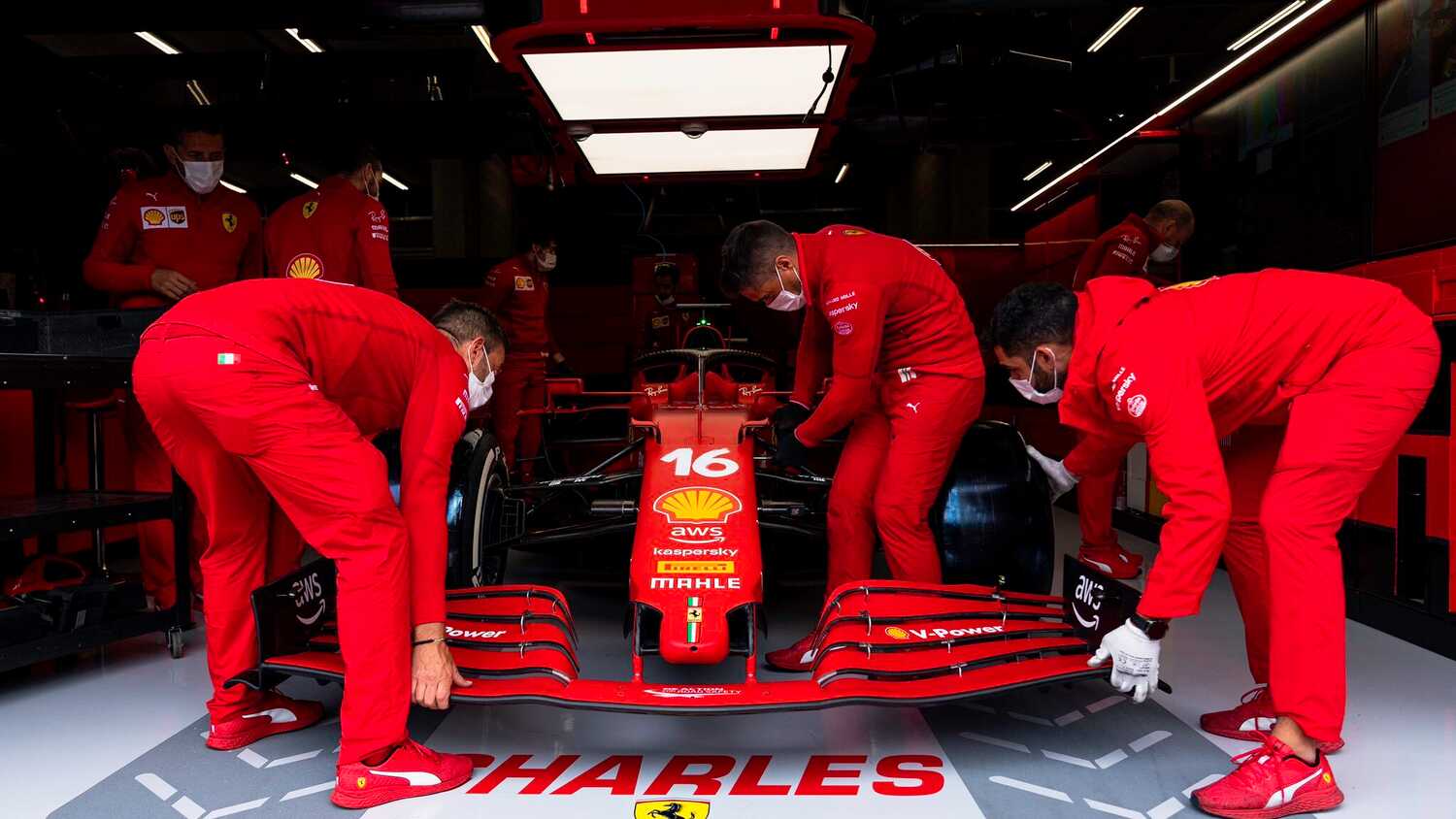 Charles Leclerc is hopeful of a solid step forward with the introduction of Ferrari's new power unit at the Russian Grand Prix, though admits it is unlikely to lead to "big, big changes" in performance.

Leclerc will start this weekend's race at the Sochi Autodrom from the back of the grid after taking on a fourth power unit that features an updated hybrid system.

Ferrari stated that the main purpose of the move is to "gain experience" for their 2022 car, with a freeze on power unit development coming into force next year, ahead of the sport's next engine cycle, which is set to begin in 2025.

"On paper, it's a little bit better," Leclerc told media, including RacingNews365.com.

"Obviously whenever we have something that is a little bit better, we try to bring it on track.

"We expect it to be a little bit better. We don't expect any big, big changes, but something that goes in the right direction."

Irrespective of the power unit upgrade, Ferrari are enjoying a much more competitive season, already surpassing their 2020 points total.

Asked if that's an accurate reflection of how much better their 2021 challenger is compared to last year, Leclerc said: "I think it is. It feels different. Already from the first race, I felt more confident with this car.

"The performance overall has just been better. We've been also more consistent compared to last year. It's good to see that [and] it shows that we are working in the right direction.

"The road is still very, very long until we reach our objective, which is to fight again for the title, but it's been a good step forward from last year. Now we need to keep working in this direction."

Ferrari are locked in a fierce fight with McLaren for P3 in the Constructors' standings, the Woking-based team pulling clear by 13.5 points after a sensational 1-2 result last time out at Monza.