The 2020 Formula 1 season was one to forget for Ferrari as the team failed to register a victory and finished sixth in the constructors' standings. However Charles Leclerc is optimistic things are heading in the right direction in 2021. 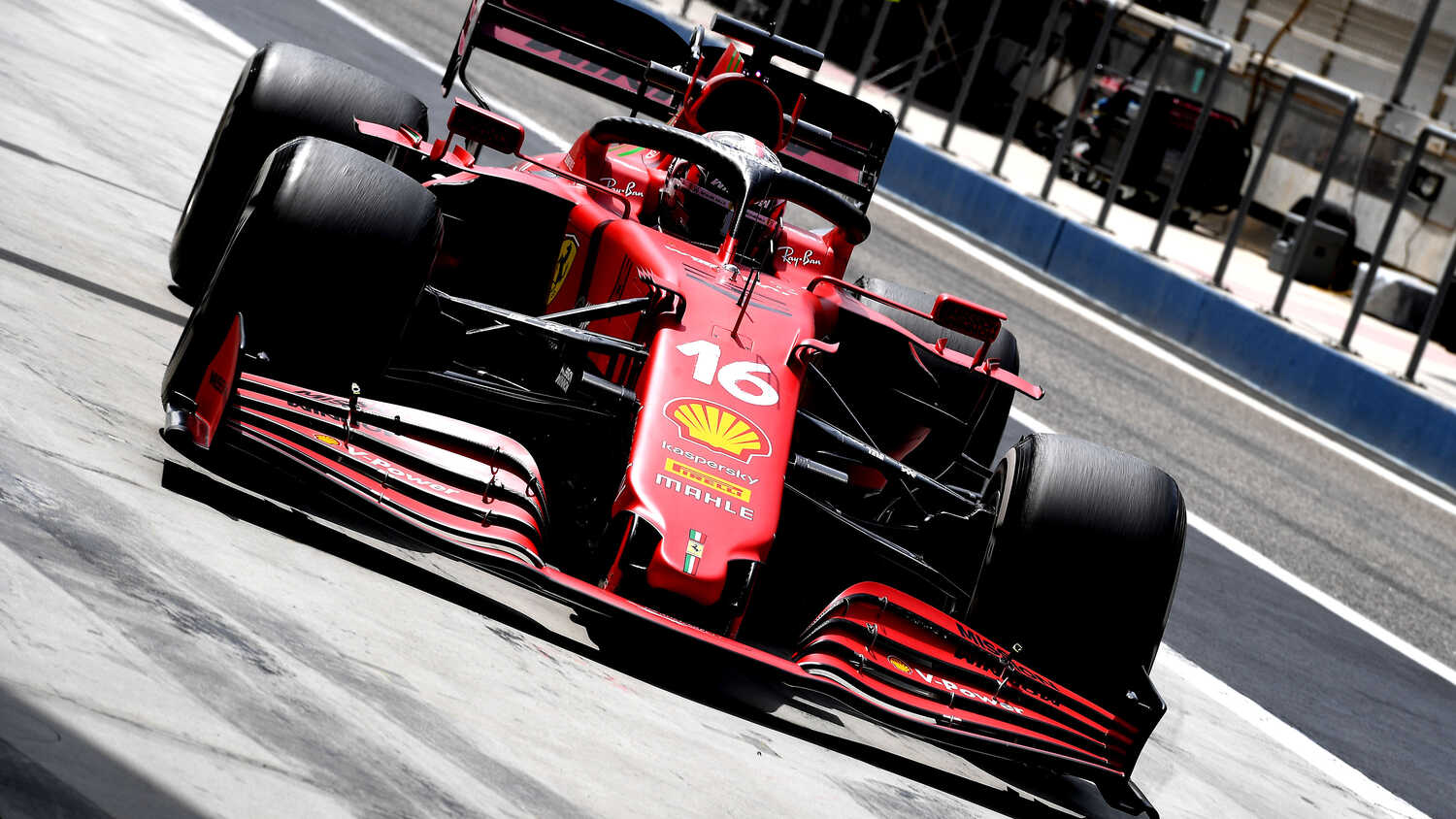 With one day of testing in Bahrain left, Charles Leclerc is happy with what he's seen from Ferrari so far as their performance on track is in line with what the team expected.

The Monegasque driver has split duties with Carlos Sainz on Friday and Saturday so far, though the Spaniard has struggled at times. However Leclerc is optimistic with what he's seen so far.

"I think we'll only know whether we put everything together at the first qualifying [session]," Leclerc told RacingNews365.com and other members of the media. "But the first data shows that what we have measured on track is similar to the data we thought we had at the factory, which is already a positive.

"Whether that is the case, we'll see. It is quite difficult with these conditions so it's tough to compare to last year. But for now, the balance feels quite good and I'm at ease with the car. It feels a bit better now."

However Leclerc was quick to pump the brakes on what it all means compared to the rest of the grid, pointing out that it's tough to measure Ferrari's progress without knowing what other teams are doing as well.

"It's always very difficult," Leclerc added. "What I've learned over the past three years is to never really judge or make an idea from winter testing. Even last year, maybe we didn't look so good on the first day but we had the hope that others were doing something different.

"You never know what the others are doing. For me, I don't want to think where we are at the moment. I just want to focus on ourself.