Despite some struggles with the rear of his car that kept him from completing the lap he wanted, Charles Leclerc was pleased with how proceedings went for Ferrari during Friday practice for the Bahrain Grand Prix. 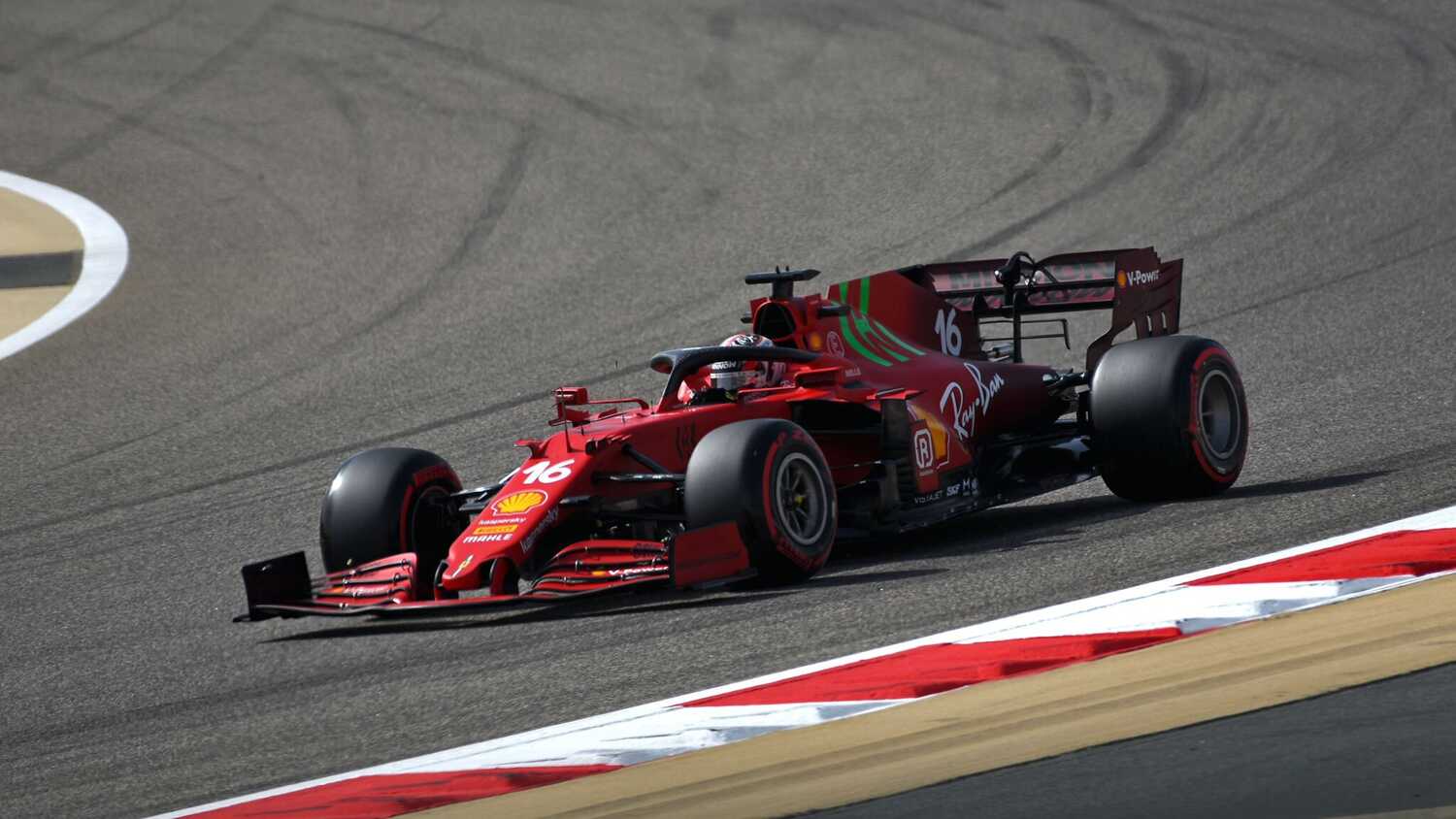 Charles Leclerc believes there is reason for optimism after Friday practice at Ferrari, with the Monegasque driver surprised by how competitive the SF21 was compared to the rest of the grid.

The Scuderia suffered through a miserable 2020 campaign, and after stating the team had made progress over the winter, especially in terms of their power unit, Friday's results proved that. Leclerc managed the fifth fastest time in FP1, and while things didn't go as well in FP2, he was pleased with how things went overall.

"Today has been a good day and maybe we didn’t expect to be as competitive," Leclerc stated via a Ferrari press release. "Though it’s still very early days for now, FP1 was positive on my side and FP2 a bit less.

"I’ve been struggling a little bit with the car rear end and didn’t manage to finish the lap I wanted to, but even though overall there’s still a lot of work to do I can feel there’s a lot of motivation in the team and I can see and feel the improvements that have been made since last year. This is good for now."

Although Leclerc believes Ferrari are more competitive he expects the usual suspects, namely Mercedes and Red Bull, to lead the way in qualifying.

"Tomorrow will be the day when we’ll know exactly where we are compared to the others as this is when everyone will push to the limit; everything will be clear in qualifying," Leclerc added. "Even though we expect the usual cars will still be at the front, the field is very very tight and I think qualifying tomorrow will be very tight too but this is exciting and this is what we like as drivers to try and make the difference."