Leclerc brings out the red flags with late practice crash

Ferrari's Charles Leclerc ended his Friday track time in the wall at Imola, after losing control of his SF21 near the end of second practice. 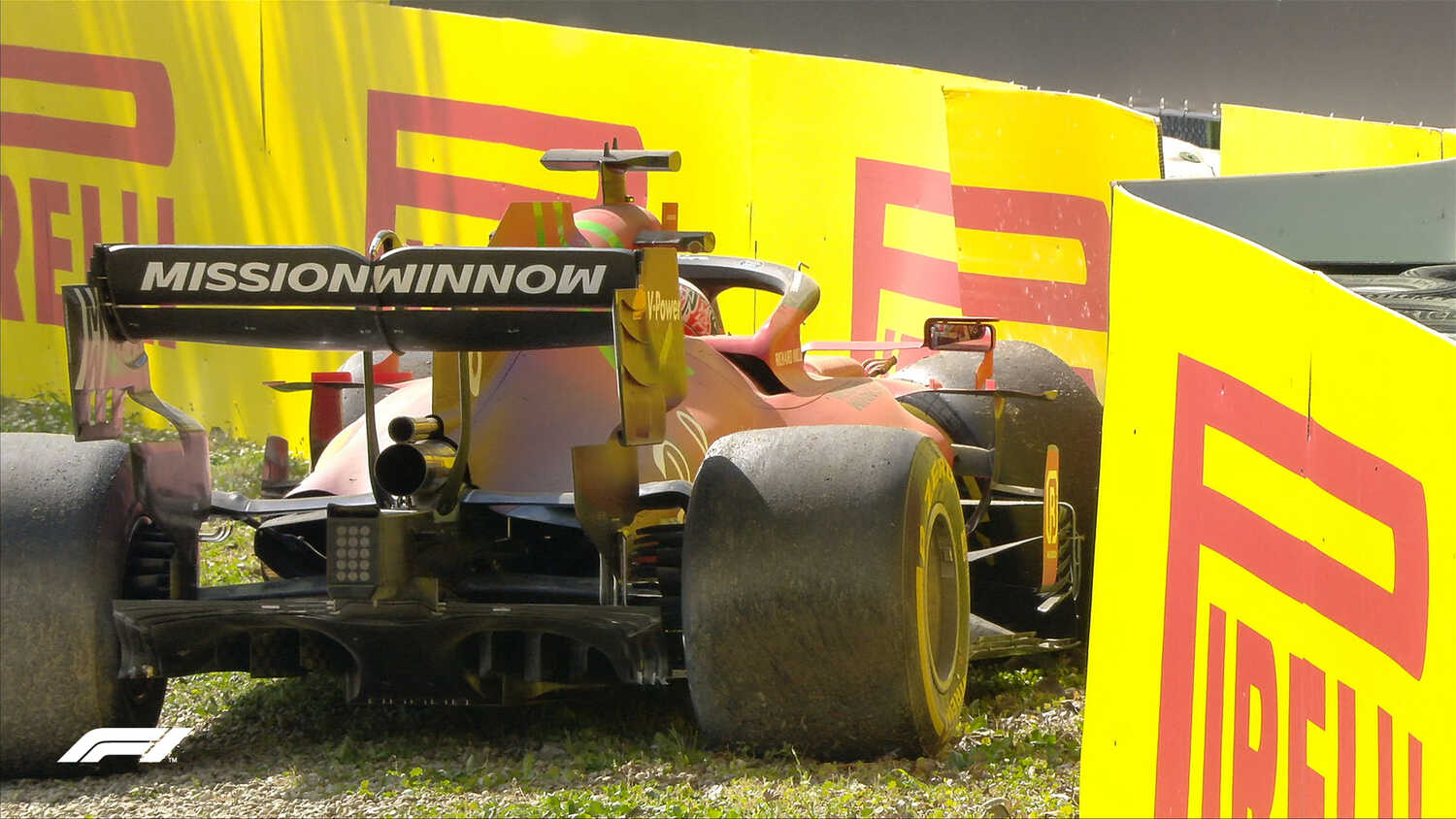 Ferrari's Charles Leclerc caused a late red flag at Imola, after crashing his car towards the end of second practice.

The Ferrari driver lost control as he pushed into the final corner with just three minutes remaining in the session, smashing his SF21 into the wall as a result.

He was uninjured and climbed out, after telling his team that he was OK and that he had been pushing hard.