McLaren's Lando Norris' sixth place grid slot could be in jeopardy, as the British driver has been summoned before the stewards in Baku 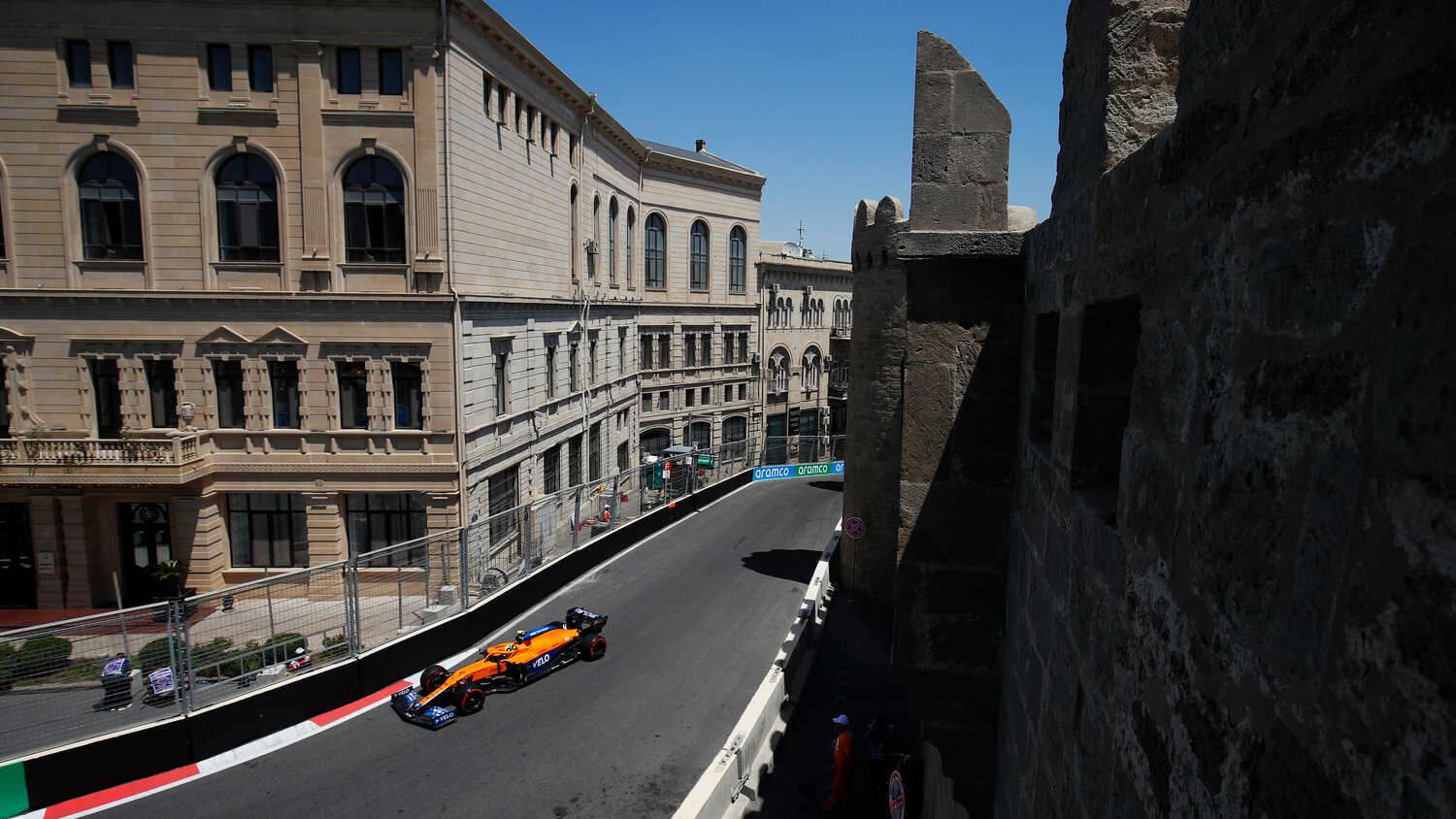 Lando Norris may not hold onto his sixth place grid slot for Sunday's race in Azerbaijan, as the McLaren driver has been summoned before the race stewards.

Update: The stewards have reached a verdict and made a decision. Read the updated story here.

Norris was on track when the red flag was shown after Alfa Romeo's Antonio Giovinazzi crashed at Turn 15, and replays showed the McLaren driver was slowing in the pitlane entry when the red flags were shown. But Norris then rejoined the circuit and accelerated, with the stewards wanting an explanation after the qualifying session.

The stewards have summoned Norris and a McLaren representative before them, for an alleged breach of Article 31.6 of the Sporting Regulations.

Norris could face a grid penalty as a result of the alleged transgression.