Mercedes won 13 of 17 races during the 2020 Formula 1 season, but Eddie Jordan doesn't believe their dominance is good for the sport. 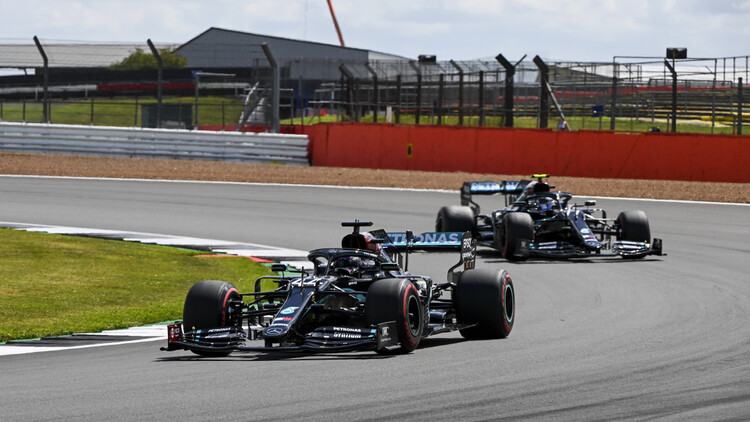 Although the end of the 2020 season saw Sergio Perez and Max Verstappen pick up victories, Eddie Jordan expects Mercedes to be back at the top of Formula 1 in 2021, though he thinks that may be a problem for the sport.

The Silver Arrows have won seven constructors' championships in a row, and all signs point to them being favourites to add to that tally this season. While Jordan admits Mercedes have rightly been rewarded for their superior performance in recent years, he isn't sure it's good for Formula 1.

"The sport is in a difficult situation because no-one can put their finger on Mercedes," Jordan told BBC Scotland.

"They do it better than anybody else. Racing Point won a race last year, that was amazing from Sergio Perez, and Max Verstappen (Red Bull) won the last race but that shouldn't confuse people into thinking it will be much more open.

"Mercedes have the best people and the best engine, so how can they not win the championship? That's a problem for me.

"It's difficult to find the right sponsorship and you're just not going to compete with that."

Mercedes do have one problem they need to resolve before the start of the new season, as Hamilton remains unsigned.