Italian media: Red Bull the only team to lose everything due to new F1 format

Lewis Hamilton was the fastest driver during qualifying for the British GP on Friday. The seven-time world champion narrowly beat out Max Verstappen for top spot, however the Italian media aren't sure what to make of F1's new weekend format just yet. 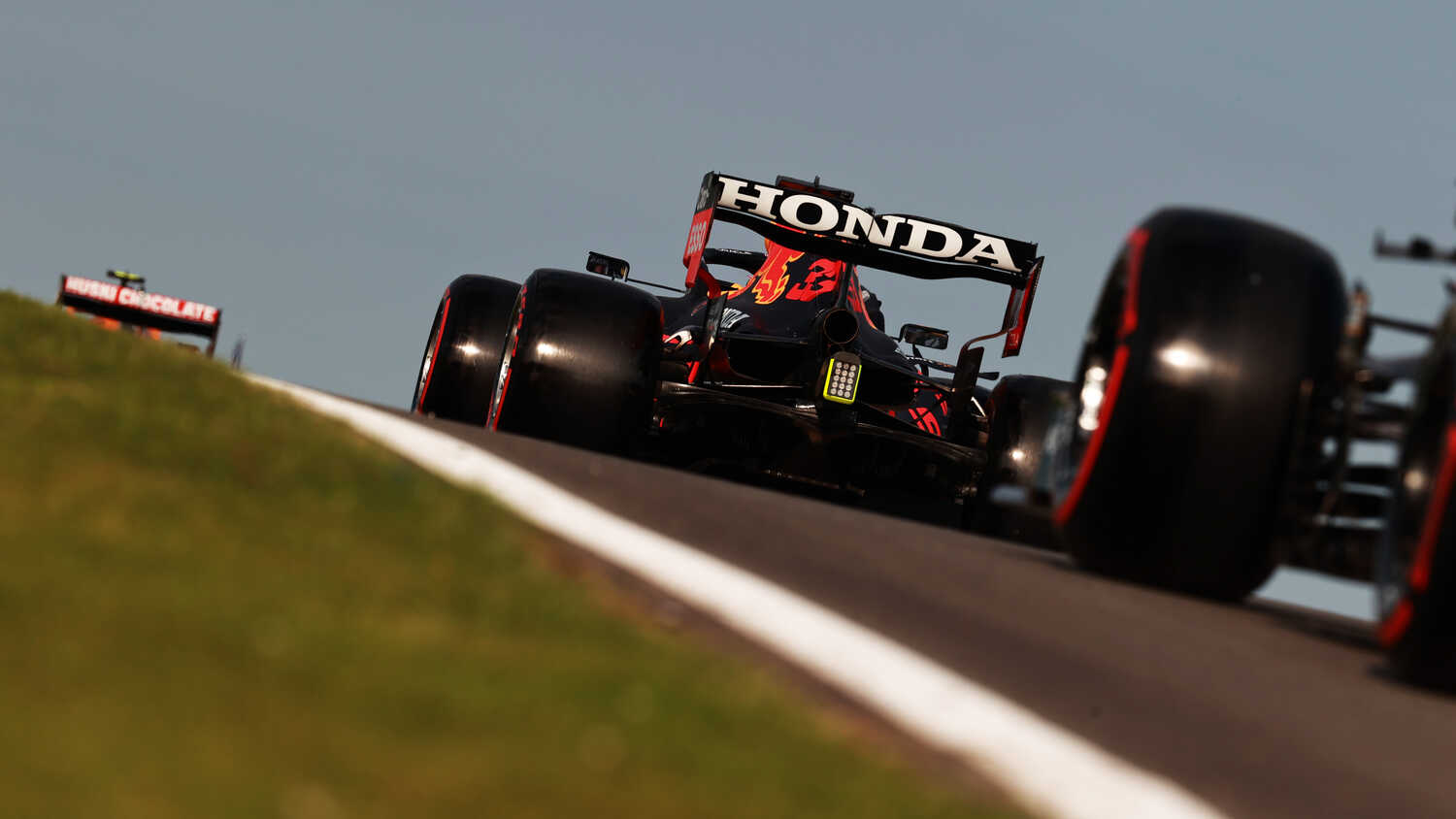 While there was certainly lots of praise for Lewis Hamilton following his Friday performance at Silverstone in the Italian media, there were also many questions about F1's new race weekend format.

The first ever Sprint Qualifying will take place later on Saturday, with the reigning World Champion starting ahead of Max Verstappen, however his effort won't go down as a pole position in the record books.

"Hamilton beat out Verstappen during qualifying and was happy as though he had already written his name on the Grand Prix," was what La Gazzetta dello Sport stated on the matter. "However, the truth is he didn't even get pole position. That made it an unusual Friday night in F1, although it was great to see the British crowd going wild.

"Not only for Hamilton, but also for countryman George Russell who did a great job in his Williams car and will start Saturday's Spring Qualifying in eighth."

Corriere dello Sport also pointed out that Hamilton, who finally beat Verstappen in qualifying after two months, won't see it count as a pole in the record books.

"The useless 'pole' goes to Hamilton," read the Italian outlet. "Hamilton was finally the fastest in qualifying after two months, but his pole doesn't even count in the record books. He'll only get a pole position should he win the Sprint Qualifying.

"Therefore, we only enjoyed the crowd which saw 90,000 back at the track. We've never seen that many fans on a Friday during a GP weekend."

La Repubblica is keen to see whether Hamilton and Mercedes can once again beat Red Bull on Saturday.

"On Saturday we will see if Mercedes can actually hit back at Red Bull or if Verstappen's team is the fastest again over the short race distance," read the Italian outlet, who asked whether Red Bull are hurt by the new format.

"There is only one team that has everything to lose with this new setup and that is Red Bull. They are the leaders in the championship and this setup could turn out wrong for them. For now it's only the fans at the circuit who are enjoying the weekend, they saw a great battle between Hamilton and Verstappen on a Friday night."

"Verstappen said afterwards that the drivers drove on the limit during qualifying, only to be denied pole position," read the Italian outlet. "A good summary from the Dutchman who didn't say that because he lost in qualifying.

"Today in Sprint Qualifying we will see the fight for the official pole position in a short race where everyone can go flat out, and we will see if Mercedes can win the first event."