The 2020 Formula 1 season was an unusual one for everyone involved, whether it be teams, drivers or engineers. Pirelli head of F1 and car racing Mario Isola explained to RacingNews365.com how they were forced to change their approach as well. 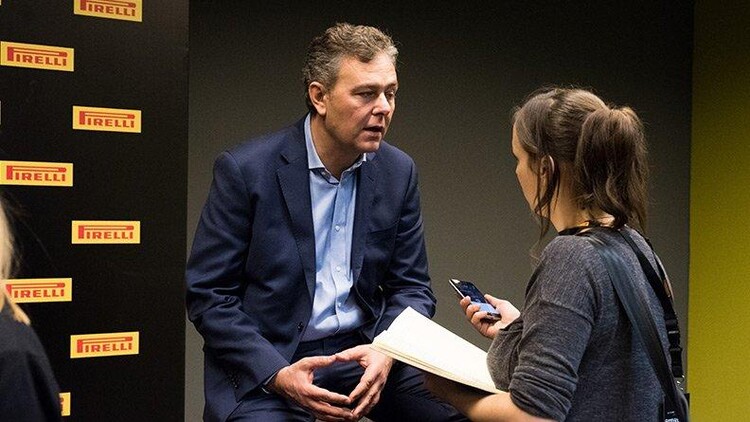 The 2020 Formula 1 season saw teams and drivers take part in 17 races over the course of six months, a remarkable accomplishment all things considered, and Pirelli boss Mario Isola admits the tyre manufacturer had to think on their feet in order to keep up with the situation.

Formula 1 continues to react to the coronavirus pandemic, with the 2021 calendar having already undergone several changes - a theme that's carried over from 2020. However in an exclusive interview with RacingNews365.com, Isola revealed how constant communication was needed with all the relevant F1 parties in order to ensure the season proceeded as smoothly as possible from a tyre perspective.

"I believe that it was a very difficult season because of all the changes and the COVID situation," Isola explained. "We had several meetings with the teams, the FIA and FOM during the lockdown to understand how to manage the season because we needed a system in place in order to react to the changes.

"The calendar was changed so many times, I don't remember how many, and there was a request from them to find creative solutions. For example, when we raced two weekends [in a row] on the same circuit, in order to avoid having a second race that was a copy and paste of the first one, we agreed to have a fixed allocation of tyres rather than have the teams decide. We tried two different choices at some circuits. That wasn't necessary in Bahrain because the layout was so different that we basically had two different races. It was possible at Silverstone and we tried to do the same in Austria, but it was it was too close to the date of the second race. So we had no time to prepare a different choice for the second event."

Although the season was unusual for everyone, it still resulted in some spectacular moments. The 2020 British Grand Prix saw Lewis Hamilton cross the line first despite suffering a front-left tyre failure on the final lap - the third driver to suffer that problem. Isola explained why the issue came about and how Pirelli used the incident to help with their 2021 development. 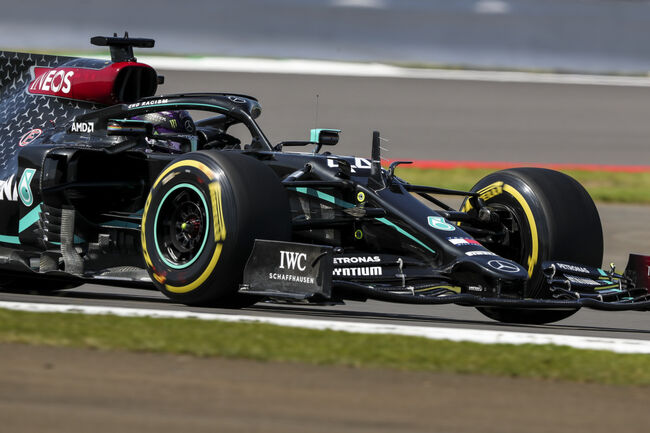 "We had some issues with the tyres, but we have been able to explain most of them," Isola continued. "At Silverstone, it was clear that very long stints due to the safety car on the highest severity circuit of the championship created some issues with the front tyres. That's why when we were in discussion with all the stakeholders for 2021, we said let's try to understand what we have to do in 2021 because we were using the specification of tyre that was homologated in 2019.

"We decided to carry over the same specification in 2020, but with the idea of the new 18-inch tyre for 2021. And then the pandemic happened, we had to change all our plans to once again focus on the development of the 13-inch tyre. We decided together to work on the technical regulations in order to try to control the downforce because they [the teams] are very quick in developing new solutions to increase the level of downforce. So that that was the the job of the FIA together with the teams, and on our side we had to find a way to develop and test a specification of tyre that was more resistant."

Isola revealed that the tyres for 2021 will be able to handle the increased load from the car, but making sure that the compound for the upcoming season is up to standard came with its own set of hurdles.

"So the target of the new 2021 construction is to have a tyre that is able to cope with increased load of car," Isola added. "It wasn’t easy because we had to cancel all our tyre test sessions, and we had to find another way to test the tyres during the race weekend. During the race weekend, the teams are focused on the race and not on tyre testing. So that's why it was complicated to put everything together. I believe we did the job at the end of the day."