Lewis Hamilton's bid for an eighth World Championship could well be impacted by the threat of a grid penalty in Abu Dhabi. 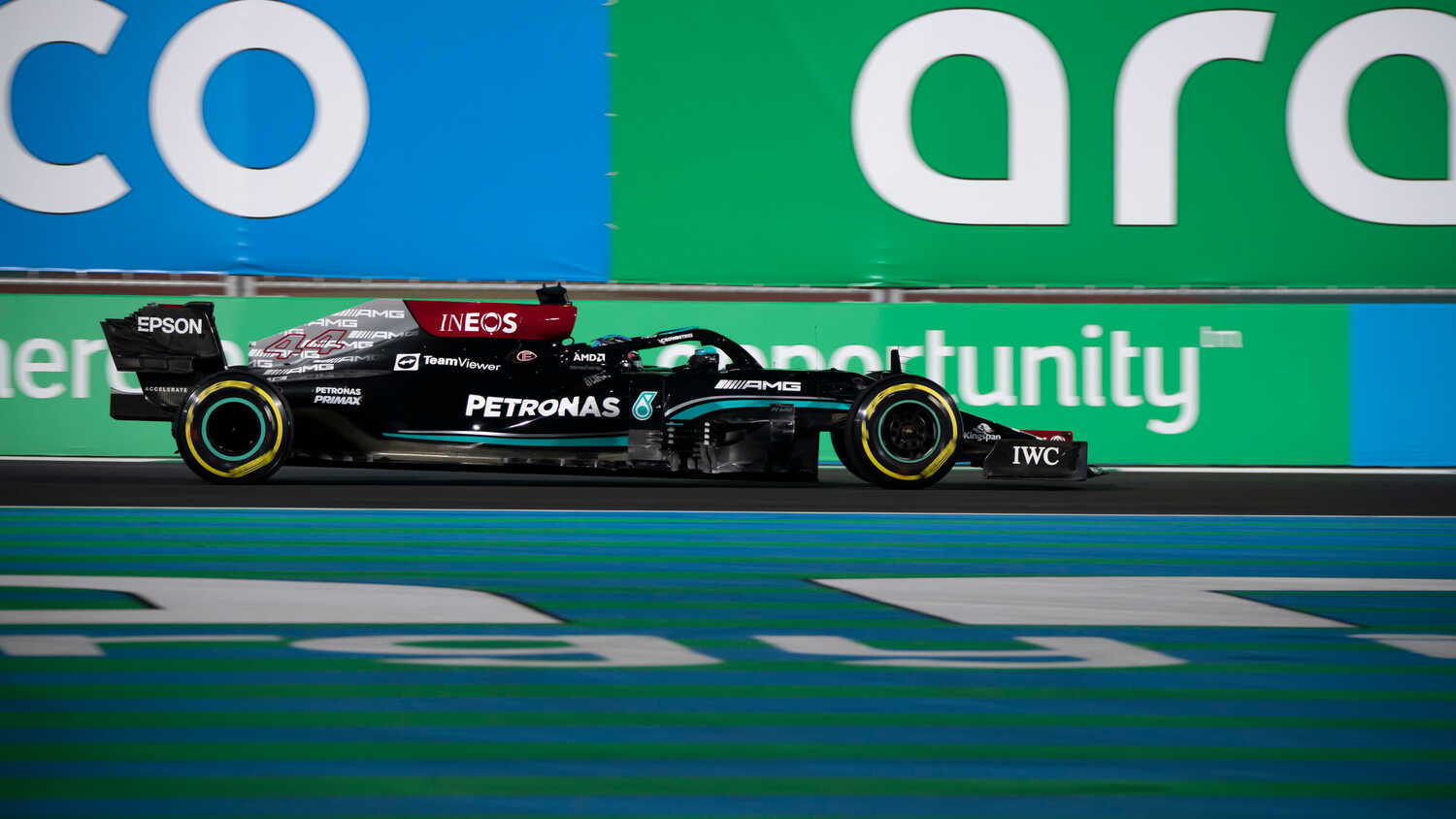 Lewis Hamilton's title chances could take a hit this weekend, due to how close the Mercedes man is to picking up a grid penalty.

Gunning for his eighth Drivers' Championship this weekend as he battles Red Bull's Max Verstappen, Hamilton is teetering on the precipice of a grid penalty for driving reprimands.

Hamilton picked up a second driver reprimand last time out in Saudi Arabia, due to blocking Haas' Nikita Mazepin at high speed through the first sector in final practice. The incident caught the eye of the stewards after Mazepin had to swerve off the track to avoid a collision with the Mercedes.

This means Hamilton is now walking the tightrope, as that was his second driving reprimand of the season, after picking up one in Mexico for unsafely rejoining the track during first practice.

A third reprimand during a season will trigger an automatic grid penalty of 10 places. These reprimands must be for on-track driving offences, as drivers can also be reprimanded for their off-track behaviour.

A driving reprimand would thus be catastrophic for Hamilton's title chances.

Could an engine grid penalty occur?

There's also a possibility that Mercedes may opt to fit Hamilton with a fresh power unit for this weekend's season finale.

With Hamilton's "spicy engine" from Brazil now having two Grands Prix under its belt, Mercedes could throw everything at Red Bull with a fresh engine again.

As Abu Dhabi is now even more of a power circuit after modifications for this season (making it some 14 seconds faster per lap), a five-place grid penalty wouldn't be a particularly big hindrance for Hamilton, especially if he's equipped with a new engine that is being run at its full potential.