Interview with Pat Fry: Ferrari the dark horse for 2022 due to Mercedes and Red Bull fight

Pat Fry compared the upcoming rule change as similar to the 2009 shake-up, where the two title rival teams in 2008 slipped down the order. 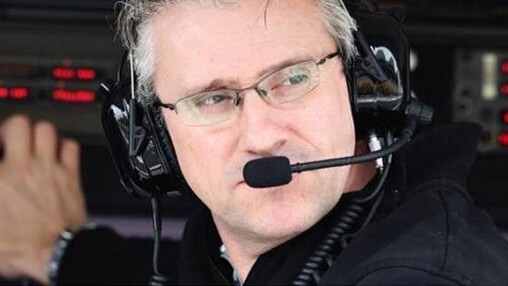 Alpine Technical Director Pat Fry has compared the upcoming technical regulations changes to the changeover from 2008 to 2009, where the two leading teams slipped back in the pecking order after being initially left behind on development.

In 2008, an intense battle between McLaren and Ferrari saw them continue their development late into the season and delay their research for 2009, with sweeping aerodynamic rule changes and the switch from grooved to slick tyres.

This allowed Brawn GP (previously Honda), and Red Bull Racing to steal a march and jump to the front. But Brawn, who are now Mercedes, and Red Bull are currently the two top teams in 2021, and Fry believes their battle could distract them from next season.

"I think that to me this year looks a bit like McLaren and Ferrari fighting in 2008," Fry told RacingNews365.

"You know, we [McLaren] had a championship to win. And we didn't really put the 2009 McLaren..that didn't go into the windtunnel that year until October with the rule change.

"And you could see the teams that capitalised from that. Ferrari and McLaren were well behind at the time."

While Ferrari and McLaren both did manage to become race winners later in 2009, they were powerless to stop Red Bull and Brawn GP from claiming the top two spots in both championships. Looking at the current championship battle, Fry suspects that Ferrari may be the team with the right balance of resources, know-how, and lead time to potentially steal a march for 2022.

"Here, I think Ferrari look to have started earlier than anyone and they've got the luxury, they've done a great job in diffusing the normal Ferrari pressure," he said.

"And you've got Mercedes and Red Bull fighting this year, so that must detract just in terms of man hours, wind tunnel time, CFD time so, if anything, the other teams who aren't focused on this year will have the ability to step up a gear.

"Also, when you look at the resource restriction, there's a reasonable challenge for everyone. The big teams have a huge job to do and, if you start early in the year again, it gives you more resource and time to think about."