It might not have been an action-packed race but there were still plenty of talking points following the Turkish Grand Prix, from Mercedes' decision to pit Lewis Hamilton with eight laps remaining, to the impressive performances of Valtteri Bottas and Sergio Perez. Various international media outlets have given their take on how events unfolded at Istanbul Park. 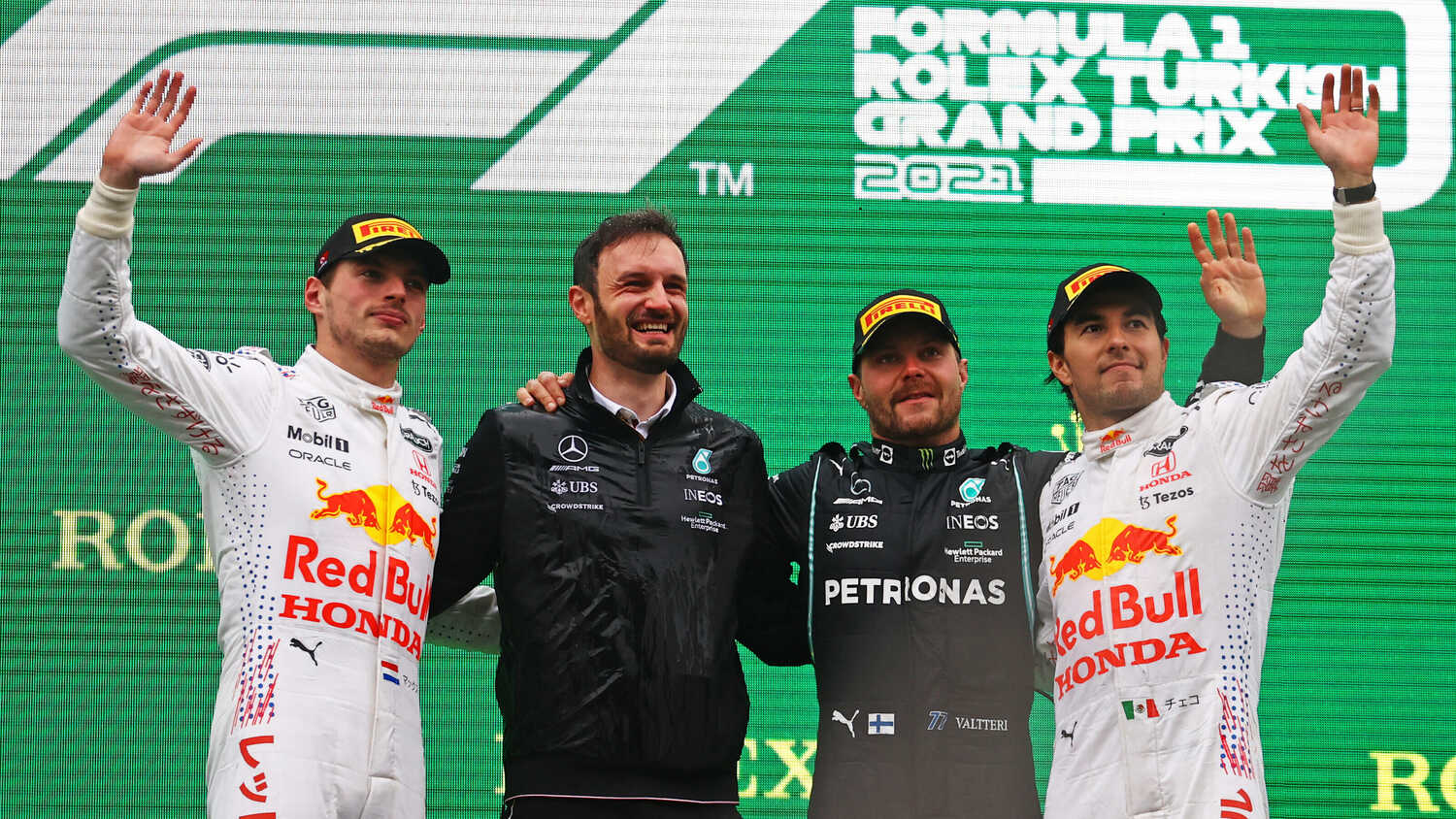 The 2021 Turkish Grand Prix was not the most eventful race of the year for on-track action, but it proved to be a fascinating afternoon in terms of strategy, teamwork and the lasting impact of both on the title battle.

Valtteri Bottas claimed his first victory in over a year with a strong performance at Istanbul Park, whilst teammate Lewis Hamilton fought his way through the field after a grid penalty saw him start from 11th. A podium seemed to be on the cards in the latter stages of the race, but Mercedes' decision to pit the Briton for fresh Intermediate tyres – a call that Hamilton had heavily questioned – saw him slip down to fifth.

Of the various talking points to emerge from the race, it is unsurprising that the British media focused on Hamilton's pit-stop dilemma. The BBC reflected on whether the decision by Mercedes to bring their driver in eight laps from the end of the race was the correct one, and seemed to take Hamilton's side in feeling that it was not, writing: "In the circumstances, it was no wonder Hamilton rejected his team's request to pit. The call, as he put it, 'was a risk either way'."

However, the publication could understand the difficulty Mercedes faced in making the call, adding: "If he did not change his tyres, they might dramatically lose grip and he could tumble down the order to sixth or even seventh spot. Or a tyre might explode and force his retirement – the worst possible scenario." And ultimately, on the question of who was right or wrong: "Even looking back at the race, it is hard to be sure what the correct answer is."

The BBC also praised Hamilton's teammate Bottas, calling the race "one of the most impressive drives of his five-year Mercedes career". It was argued that the Finn "controlled the race imperiously, always with pace in hand, and Verstappen never looked like getting on terms with him."

Whilst there was a sense of understanding here for the Hamilton pit call situation, German outlet Bild was a little less sympathetic, questioning whether the events were a sign of the seven-time World Champion struggling with the pressure of the title fight.

The publication asked whether Hamilton will "flutter away" the championship, writing: "Lewis Hamilton is increasingly showing nerves in the World Championship battle with Max Verstappen. In Istanbul, he only finished fifth because of a strategy mistake. Valuable points and the championship lead lost to Verstappen." 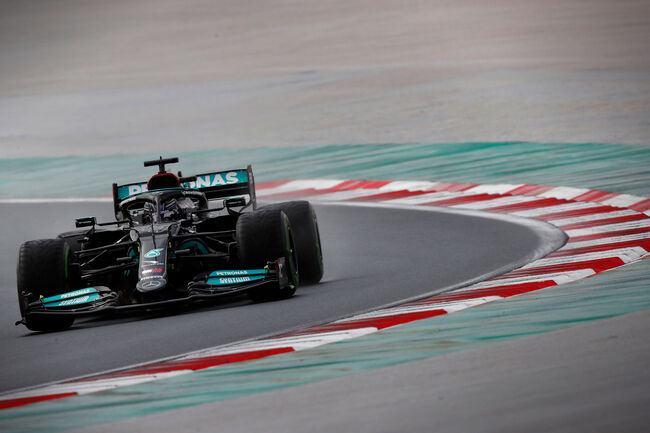 There was a similar note of slight criticism towards Hamilton in Spain's Marca. When the Mercedes driver enjoyed an on-track tussle with Sergio Perez, the Mexican was forced to go slightly wide at one point, and as a result drove across the entry to the pit lane. Marca branded this move "unsporting" from Hamilton, and instead reserved their praise for Perez, whose performance was labelled "masterful" in terms of how his defence against Hamilton helped teammate Verstappen in the World Championship battle.

"Had the '11' not been able to handle the seven-time champion, both Silver Arrows cars would most likely have been on the podium and extended the gap in the Drivers' Championship," Marca wrote about "bodyguard" Perez.

There was also a note for Carlos Sainz, who was named as Driver Of The Day for working his way through the field from the back of the grid and "overtaking like a man possessed" in the process.

In the French media, L'Equipe was equally as impressed by Perez as well as Bottas, and reflected on the important role that the "second" drivers had played in terms of the championship: "Bottas winning ahead of Verstappen, Perez holding off Hamilton on track: at the Turkish Grand Prix, the second Mercedes and Red Bull drivers finally played an important role in the fight for the world title."

Bottas was named as Mercedes' "star driver", who must have been "the only happy man" in the team.

Italian outlet La Repubblica also praised the Finnish driver's victory at Istanbul Park, calling it "the most beautiful" of his 10 wins in Formula 1. And in the Gazzetta dello Sport, Bottas was similarly the subject of very eloquent commendations for his "great performance" in a "race of strategy and tension", writing: "An unspectacular driver but a key man in the Mercedes triumphs of the hybrid era."

The publication additionally rued the fact that Ferrari's strategy with Charles Leclerc – who was briefly in the lead of the race before, like Mercedes, the team made the decision to pit – ultimately "didn't pay off". However, there was admiration that the Scuderia at least took a chance at a possible return to victory, having not won a race since the 2019 Singapore Grand Prix.