Saturday marked 10 years since the tragic death of Dan Wheldon at the IndyCar season finale in Las Vegas. 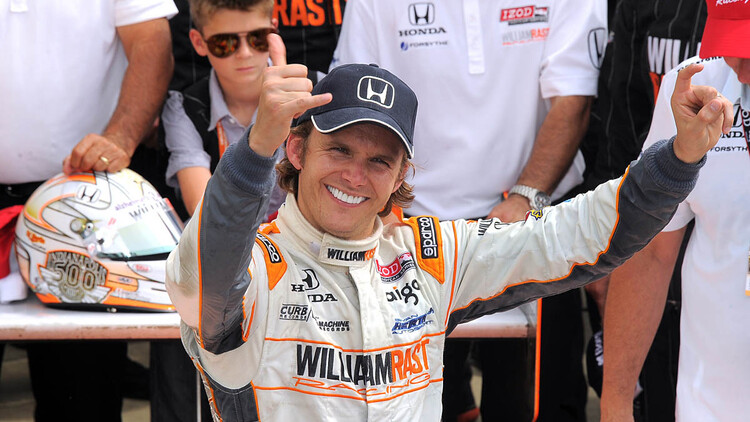 IndyCar have paid tribute to 'Lionheart' Dan Wheldon, who died 10 years ago this weekend.

The British driver was racing and taking part in a special challenge with Sam Schmidt Motorsports at the 2011 season finale at Las Vegas, attempting to win a huge prize fund after starting from the very back of the field.

However, Wheldon was involved in a pile-up on Lap 11 of the race and struck the barriers in an airborne crash. He suffered severe head injuries in the crash, and was pronounced dead upon arrival at a nearby hospital. He was just 33-years-old at the time of his death.

Wheldon had won the Indy 500 only five months prior, in what was merely a part-time season of racing as he couldn't secure a permanent cockpit at the time. He had previously won the Indy 500 in 2005, as well as the 24 Hours of Daytona in 2006. The night before his death, he had just signed a deal to return to IndyCar on a full-time basis for 2012, racing for Andretti Autosport.

Tragically, Wheldon had been the series' chief tester of the new chassis that was introduced in 2012, designed to reduce the likelihood of cars becoming airborne in crashes like the one that claimed his life. In his honour, IndyCar named the chassis the DW12.

Wheldon made his debut in IndyCar in 2002, deciding to focus his career in the United States after his junior years in Europe racing against contemporaries Jenson Button and Anthony Davidson. F1 briefly beckoned, with an opportunity to test for BMW Sauber in 2006, but Wheldon chose to remain in the States.

Wheldon is survived by his wife, Susie, and his two sons, Sebastian and Oliver. Earlier this year, his two sons were signed by Andretti Autosport as development drivers to help their journey through the junior ranks.

"Dan was family to us, and we had a lot of on track success together. We see a lot of Dan in both Sebastian and Oliver and are very proud to officially welcome them into our racing family," Michael Andretti said.

"No one will ever be able to replace Dan in their lives, but we're happy to offer a network for mentorship to help the boys grow their careers. Karting is the first step, but we have hopes of helping foster promising Road to Indy, and eventually even IndyCar opportunities."

Speaking ahead of the anniversary this week, Marco Andretti told the IndyStar how he has chosen to remember 'Lionheart' in the decade since Wheldon's passing.

"You always judge a person by how other people look at them, not how they look at themselves, right?" said Andretti.

"You could just tell when he was around people that they just changed. They just looked at him and looked up to him because he had this awesome energy about him.

"There's very few people in my life that have this rare thing about them – this aura about them that can change an entire room when they walk in, and he was one of those few people that had that."

Check out IndyCar's tribute video to Dan Wheldon below.