Hulkenberg in the running for F1 comeback?

There are still some seats in question in Formula 1 for 2022, and Nico Hulkenberg's name has come up as a potential candidate. 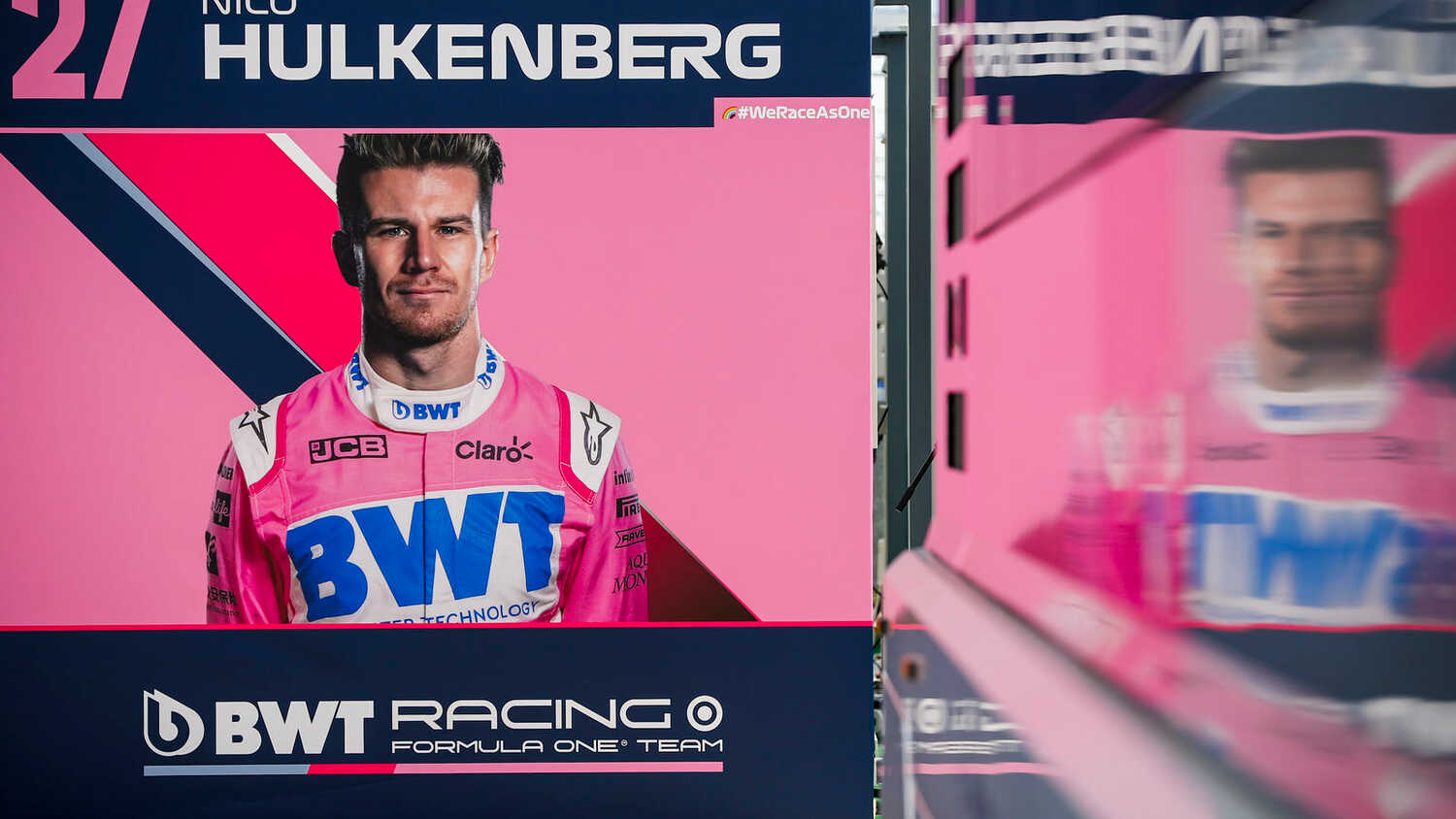 Nico Hulkenberg's name has been linked with a possible return to Formula 1 in 2022, potentially with the Williams team.

With Formula 1 heading into a new regulation cycle next season, the current form book is largely meaningless. While Williams have been largely uncompetitive in recent seasons, this rule upheaval means that there is the potential for any team to make big gains for next season.

According to Formula 1's resident journalist Lawrence Barretto, Williams have a shortlist of names lined up if they lose George Russell to Mercedes as rumours suggest is going to happen. Valtteri Bottas is an obvious leading candidate to return to the team he drove for between 2013 and 2016.

Hulkenberg is also a candidate. Now away from Formula 1 for almost two seasons, the German has maintained his links with the sport and is currently the reserve driver for Aston Martin. He also had the chance to impress as he stood in at Racing Point, at very short notice, for the isolating Sergio Perez at the two British rounds last seasons.

With Hulkenberg having apparently turned down an offer from Williams for 2020, the team is in a much different position to back then.

Now under new ownership with Dorilton Capital, the increased financial resources and stability have resulted in clear improvements at Williams with Russell hauling his FW43B to Q3 and near a points finish last time out in Austria.

"On the drivers’ side we’ve got time at the moment," Williams' CEO and Team Principal Jost Capito told media in Austria.

"We will announce when we can announce the drivers but we’re not in a rush at the moment.

"I see more and more interest from drivers to drive for Williams in the future. They see there is a proper financial backing and they see that the team is really willing to move forward and this really attracts drivers as well. I think the longer we wait the better the situation we will be in."

Another name linked with a comeback is Daniil Kvyat. Having already managed a comeback with Toro Rosso after being dropped from the Red Bull camp a few years ago, the Russian is currently not on the grid but is active as Alpine's reserve driver.

Pierre Gasly is also a candidate. While the French driver is still contracted by Red Bull for next season, there is the possibility for both sides to work out a release.

Williams also have the option of picking from their own development programme, with Jack Aitken and Dan Ticktum both possibilities. Alpine Academy driver Guanyu Zhou could also be an option, however unlikely.

Could Latifi's time be up?

While all of these options are based on the assumption that it's Russell departing, there's also the chance that both Williams drivers could be replaced.

Nicholas Latifi may be having a quietly solid career, the the Canadian's ample backing is no longer as crucial to Williams' survival as it had been two seasons ago.

Capito praised Latifi over the Austrian weekend, but stopped short of confirming the Canadian driver will stay with the team for next season.

"Obviously this year he improves a lot in his second season. His confidence level is quite high and his race speed is very impressive. He is working still on getting better results from qualifying but he was very close to Q2 last weekend and let’s see what he can do. I’m sure he can still improve during the season."

As for when an announcement might be made about the drivers, Capito admitted it was in the hands on what Mercedes decide to do.

"I don’t think we want to wait until after the season – but at the moment we’ve got time so we have no timeline when we want to announce what," he said.

"It also depends quite a lot what happens with George. We’ll see."