The sport's leading drivers went wheel to wheel once again for the second time in 2021 at the Emilia Romagna GP. RacingNews365.com takes a look at why the opening lap of the race in Imola could be a crucial moment of the Formula 1 season. 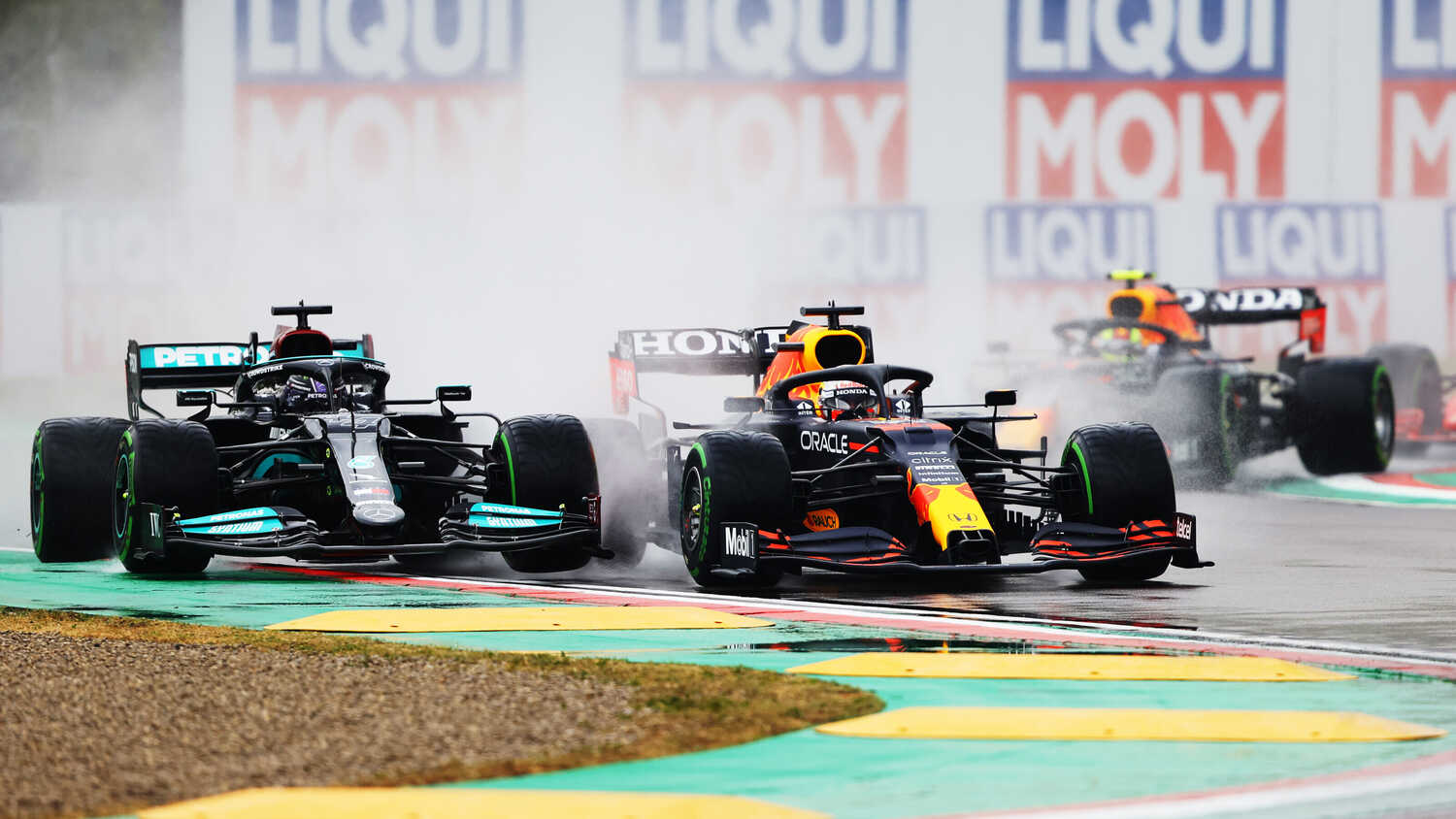 Max Verstappen redeemed his Bahrain GP loss to Lewis Hamilton with victory at the Emilia Romagna GP at the weekend. The decisive moment of the race came on the opening lap when the championship protagonists entered the first chicane side by side.

Verstappen smartly got off the line in second gear to give himself more traction and avoided the potential of bogging down in the acceleration phase.

He had by far the best start of the front runners and brushed the grass to get alongside Hamilton to have the inside line for the Tamburello chicane.

The pair were wheel to wheel and both braked as late as they dared with cold brakes, cold tyres and no knowledge of the rainy conditions. It was brilliant racing from both and Hamilton tried to hang it around the outside only to come off second-best when Verstappen edged him off the track.

This move has set the tone for the rest of the 2021 Formula 1 season. 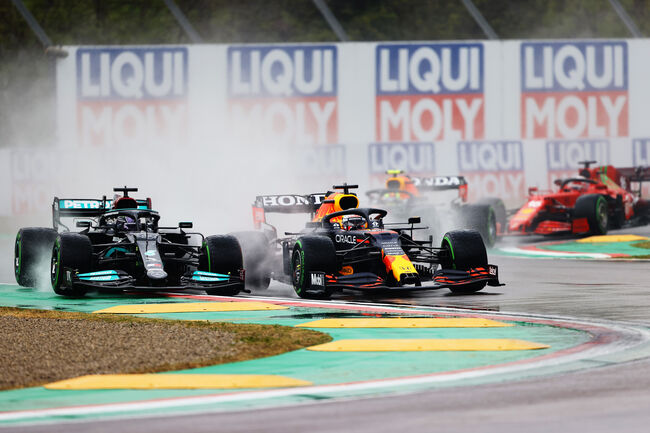 "I didn’t get a good start. Max got a better start than me and then I think I was slightly ahead going into Turn 2 but I was basically avoiding us coming together," Hamilton told RacingNews365.com and other select members of the press.

Hamilton felt there was no need for a penalty and for a move such as the one in Imola to come at just the second round of the season is crucial.

It sets the tone for how Verstappen and Hamilton are going to go racing in 2021. If you're on the outside, expect to be given very little or no room at the exit of the corner.

Formula 1 managing director Ross Brawn feels Verstappen stamped his authority with the move he made on Sunday.

"The fight into the first corner at the start, between him and Hamilton, was significant and set the tone for the race," said Brawn. "I believe it was Max’s corner. He had the line, he had the place on the track. Lewis in retrospect may wish he backed out of it, especially considering the conditions." 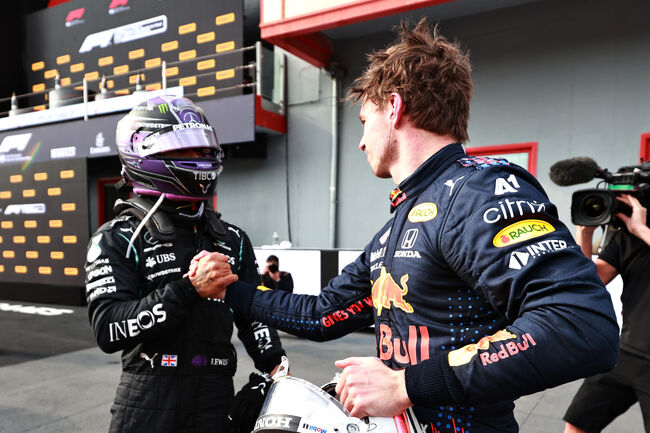 It isn't the first time Hamilton and Verstappen have taken some big risks when racing together. One of the first instances was at the 2018 Bahrain GP when Verstappen aggressively forced his way past Hamilton.

However, he came off worst on that day and picked up a puncture when he made contact with Hamilton's front wing. In that particular incident, you could see Verstappen turning the steering wheel left and right in an attempt to force Hamilton to back out of the move.

At the 2019 Brazilian GP, Verstappen tried to crowd out Hamilton at turn four at the safety car restart after overtaking the Mercedes driver three corners before. These moves are legal and fair, it's simply very aggressive and could come back to haunt the Dutchman if Hamilton decides to return the favour later in the year.

Hamilton is one of the cleanest racers on the grid and rarely goes for a risky move. This might change in 2021 due to the simple fact that Verstappen is a more attacking driver and Hamilton may need to take a similar approach in his wheel to wheel battles against the Red Bull man.

In the two races so far, Hamilton and Verstappen have raced each other very hard and it's something Formula 1 has been eagerly waiting for in recent years.

It's box office entertainment and if Bahrain and Imola are anything to go by, expect some incidents and drama throughout the season between the sport's top two drivers.