This year's rookie drivers are now halfway through their debut season in F1. Whilst they may not be battling at the front of the field, Nikita Mazepin, Mick Schumacher and Yuki Tsunoda have sparked some big talking points, both on track and off. 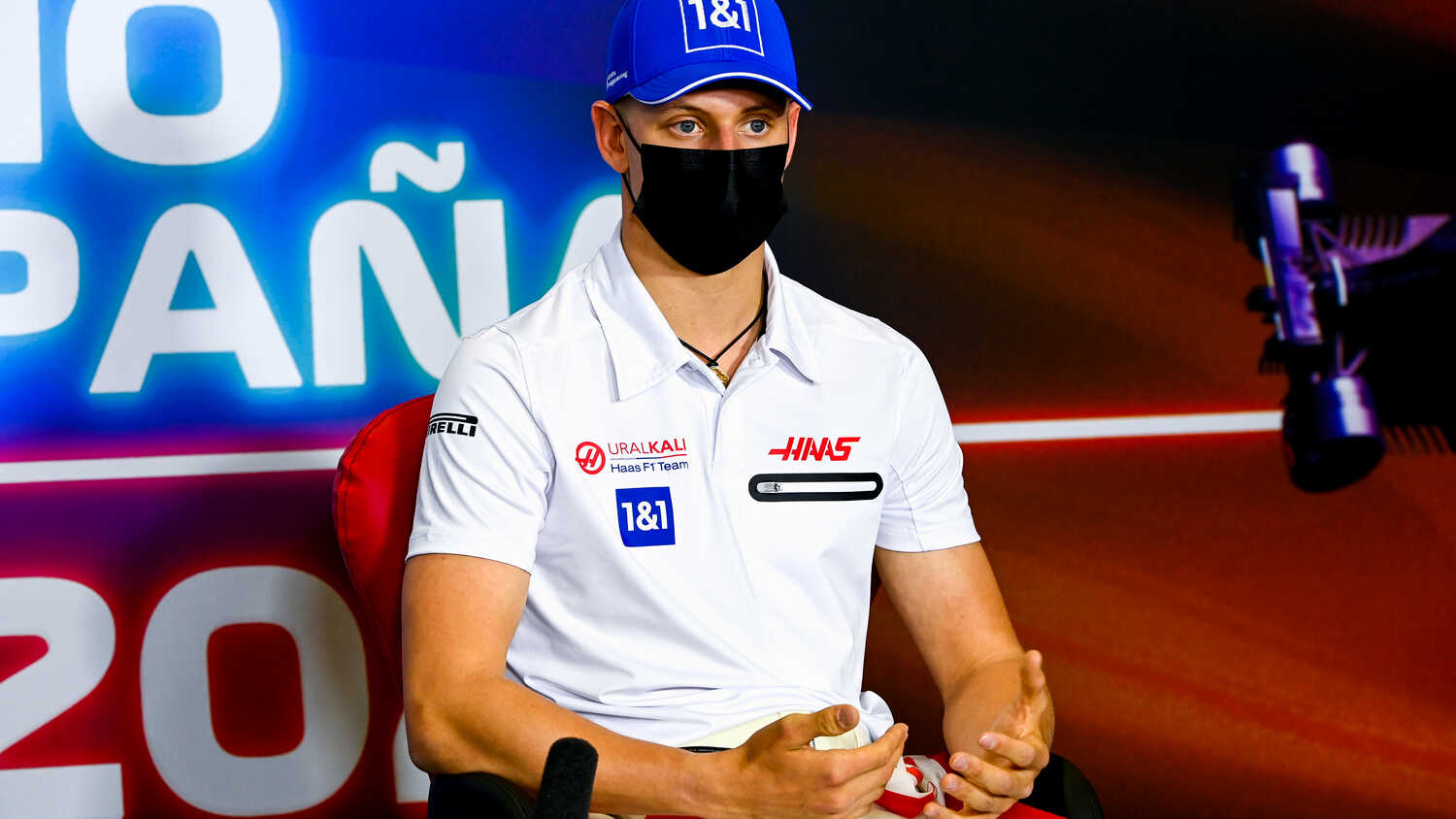 Formula 1 welcomed three rookie drivers to its ranks in 2021 and, at this midway point of the season, each has now completed the first half of their debut year. AlphaTauri's Yuki Tsunoda and Haas duo Nikita Mazepin and Mick Schumacher all arrived in F1 with varying levels of expectation and scrutiny attached to them. Whilst all of the trio had made the step up from Formula 2, they couldn't have been more different in terms of their backstories; Mazepin and Schumacher both attracted a lot of attention for both good and bad reasons, whilst Tsunoda perhaps made the quietest entrance, yet the Japanese youngster had impressed many in F2.

Throughout the start of 2021, each rookie has been on the traditional learning curve that new arrivals usually experience. However, all three have arguably been a bit of a variation on this standard journey. Mazepin, Schumacher and Tsunoda have been full of surprises, not only in terms of their racing and progression but in their off-track behaviour too. This could well be one of the most fascinating line-up of rookies in recent years. 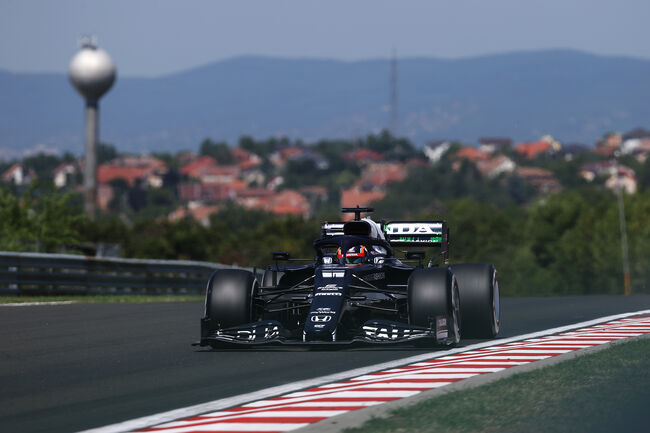 The journey of the rookies in regards to their on-track ability has been a surprise in itself. Tsunoda started off as the favourite, with the 21-year-old impressively scoring points on his debut at the Bahrain Grand Prix. However, things very quickly went downhill, with a succession of crashes and non-points finishes following. Ahead of the Azerbaijan Grand Prix in June, AlphaTauri decided to take action and opted to move Tsunoda from the UK to Italy so that he could be more closely monitored by team boss Franz Tost. This decision seemed to pay off as Tsunoda's form has improved. The Japanese driver has recorded four points finishes since then and, whilst there have still been errors, the consistency is getting better.

Schumacher, meanwhile, might not have been the initial favourite in terms of performance but came in to F1 bearing the weight of a name. At only 22 years old, he seems to have handled the expectations of being the son of Michael Schumacher - one of the most legendary and successful Formula 1 drivers of all time - remarkably well. The season got off to a solid start for Schumacher, who was almost consistently outperforming teammate Mazepin by some margin. However, as the year has gone on there have been some crashes - and costly ones at that, which team principal Guenther Steiner won't be entirely happy about. Yet despite this, Schumacher has still put in some impressive showings whilst racing, and showed his mettle at the recent Hungarian Grand Prix.

As for Mazepin, the Russian driver's entrance into Formula 1 brought controversy thanks to his actions both on and off the track. This 'bad boy' image seemed to become a theme when he made his debut too, with the 22-year-old soon receiving criticism for not following the so-called 'gentleman’s agreement' amongst drivers during qualifying in Bahrain. He also attracted the ire of more than one driver for other on-track actions; Antonio Giovinazzi, for example, accused Mazepin of having no respect following a qualifying incident at Imola. The Russian seemed to be struggling in terms of pace for many races but, perhaps to the surprise of many, he has seemingly improved in some recent races, and managed to finish ahead of Schumacher at Silverstone. 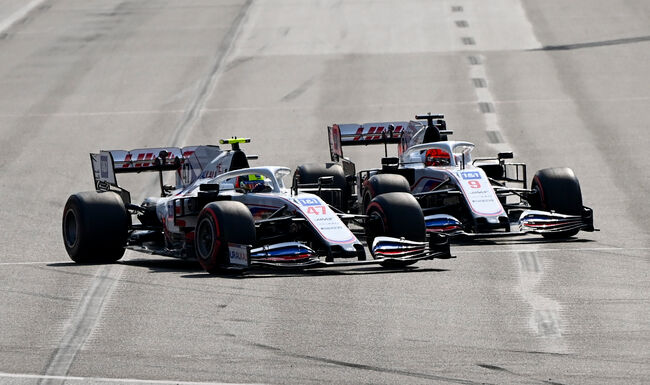 Given the initial feistiness displayed by Mazepin and Tsunoda, Schumacher perhaps went slightly under the radar in terms of his ability in on-track battles. Yet the German has probably been a bit of a surprise in showing his willingness to go wheel-to-wheel as the season has progressed. At the Hungarian Grand Prix, the chaotic nature of the race meant that Schumacher was given the rare opportunity to fight with the likes of Lewis Hamilton and Max Verstappen, and this was not a moment he allowed to go to waste. The Haas driver showed daring and even briefly banged wheels with Verstappen, yet also seemed to know when it was time to back down. This performance impressed Damon Hill, with the former F1 driver calling Schumacher a "bit of a fighter".

This showing might have come as a bit of a shock to some, but there were signs of Schumacher's fighting ability earlier in the season when an inter-team battle with Mazepin began to play out. This came to a head at the Azerbaijan Grand Prix, where the pair nearly collided on the final lap when Mazepin made a last-minute move on Schumacher. The incident left Schumacher furious, causing him to yell over team radio: "Is he trying to kill us or something?" Having fighting spirit is not unusual for a rookie, but seeing this side to the level-headed Schumacher has been a fascinating development.

This incident between Schumacher and Mazepin also highlights how this year's new arrivals in F1 have been interesting to say the least when it comes to their radio communications. It is no surprise to hear a driver become agitated during the race - emotions are running high and this is a natural reaction - but Tsunoda's radio outbursts have arguably been on a whole other level.

The Japanese driver quickly became known for his sweary messages; as early as Free Practice 1 at the season-opening event in Bahrain, Tsunoda caught many by surprise when he furiously shouted to his engineer: "Come on I got f***ing traffic!" Following the outburst, Tsunoda admitted that this inability to stay calm was a "weak point" and that it was something he intended to work on. But it seems that the youngster has continued to struggle with keeping his emotions under control. During the Azerbaijan Grand Prix, Tsunoda responded to his engineer's request to push flat out by shouting: "I am, shut up!"

Such exchanges are probably not much fun for Tsunoda's team, but they have certainly proved to be a talking point for fans. 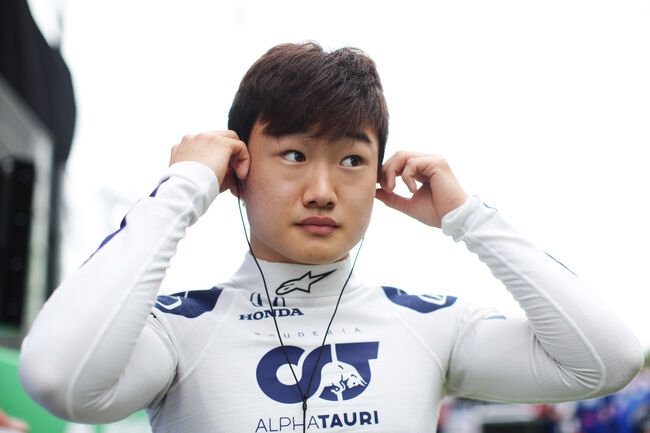 Formula 1 has changed a great deal from previous eras in terms of how media-savvy drivers are; these days even the new arrivals seem to be very aware of how to handle themselves carefully when it comes to the press. The 2021 rookies, however, have proved a bit of an exception at times. Whilst Schumacher appears cautious, Mazepin and Tsunoda often seem less so.

Mazepin has not held back from responding when faced with criticism. When it came to the mounting accusations that he was failing to follow the 'gentleman's agreement', the Russian driver labelled F1 a "very double-faced world" and suggested that double standards exist, meaning that the bigger name drivers get away with the same behaviour without receiving the backlash. Yet he has also proved that he has a sense of humour. With his tendency to spin leading many social media users to nickname him 'Mazespin', Haas poked fun at this by gifting Mazepin with a spinning top, with team boss Steiner joking: "Spin this one, it's better than spinning the car!" It could be argued that the advent of social media has had good and bad consequences for F1, but in this case it was used to surprisingly positive effect.

Meanwhile Tsunoda has not just been a loose cannon over team radio. The Japanese driver is not afraid to speak his mind to the media, resulting in some amusing moments. For example, when asked during an interview what his favourite thing about being an F1 driver is, Tsunoda talked about the catering in the motorhome. Such a seemingly non-media trained answer seems unusual for a rookie driver.

However, this relaxed attitude has backfired on Tsunoda too. Following a difficult qualifying session for the Spanish Grand Prix that left him down in 16th, the 21-year-old made remarks questioning whether he had different equipment to teammate Pierre Gasly, who had qualified in 12th. Tsunoda later apologised for the comments, and this was perhaps a reminder that saying the first thoughts in one's head might be funny on certain occasions, but it is definitely not always the attitude to take when trying to carve out a Formula 1 career. 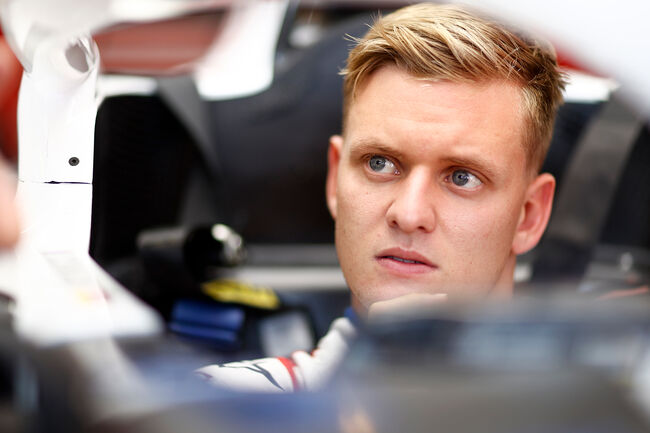 Sometimes rookies need to stay in one place for a while to find their feet in F1, or it may be the case that they simply struggle to find a seat further up the grid in this highly competitive era - George Russell, in his third season at Williams, knows this all too well. But Schumacher has found himself already being linked to a switch to Alfa Romeo should Kimi Raikkonen leave the team at the end of 2021, an interesting move for a rookie to make. Whether this will happen or not remains to be seen.

It seems likely that Mazepin will remain at Haas in 2022. As for Tsunoda, his erratic form earlier in the season may have been a cause for concern for AlphaTauri in regards to his future, but it now appears that he is the most likely candidate to stay at the team next year alongside Gasly.

As is perhaps to be expected, each rookie has clearly had their share of ups and downs so far in 2021, and it will be fascinating to see how the rest of the year plays out for them. But one thing for certain about this slightly maverick line-up is that it is unlikely to be dull.