Why McLaren have impressed in F1 pre-season testing

McLaren have quietly gone through their programme in Bahrain but have already shown indications of speed despite not focusing on pace. RacingNews365.com explains what they have been up to. 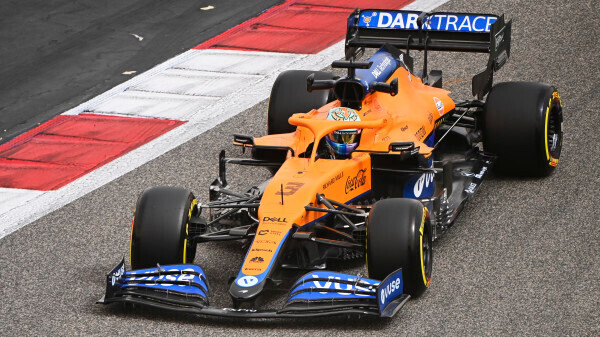 Whilst much of the focus is on Mercedes and Red Bull, McLaren have had a near-perfect pre-season test so far in Bahrain. Daniel Ricciardo has topped both of the morning sessions at the Bahrain International Circuit whilst Lando Norris had been fastest for much of Saturday afternoon.

The team have completed 195 laps so far in Sakhir without any issues. It means the new Mercedes power unit has integrated well into the MCL35M.

McLaren have opted to focus on testing and changing new parts and fiddling with the setup before they show their potential on Sunday. The legality of McLaren's new diffuser has been questioned as it extends beyond the back of the car.

They have done this in an attempt to gain back the downforce lost from the new floor regulations which limit the width in front of the rear tyre. McLaren's intriguing diffuser concept, will get more downforce from the area that is lowest to the ground. 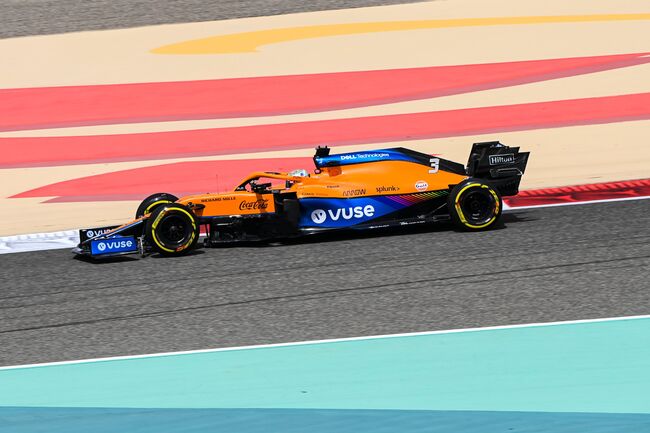 The team are happy and believe they have already caught up to last year's downforce levels. Despite the blustery conditions, Ricciardo and Norris have looked good on track. The car is doing what they want and seems to be predictable which is a great baseline for any new car.

Ricciardo says there is a lot more to come too which bodes well for the final day of pre-season testing on Sunday.

"You never want to admit that you aren't driving to the limit," Ricciardo told RacingNews365.com and other members of the media. "However the reality is that it takes a bit of time to execute at 100 percent.

"I think I'm certainly getting close, but am I truly one with the car? Not yet. I expect a fair bit out of myself tomorrow in the evening session and I expect to start getting close to that."

McLaren say they were not able to to gather the ideal aerodynamic data required so focused on ticking that box off on Saturday. Norris will be encouraged by his 1:30.586 on used C4 tyres in the afternoon. It put him in fourth but the three cars ahead of him used the faster C5 tyre compound.

A promising test for McLaren and they will only get better as they embark on qualifying and race simulations on Sunday.