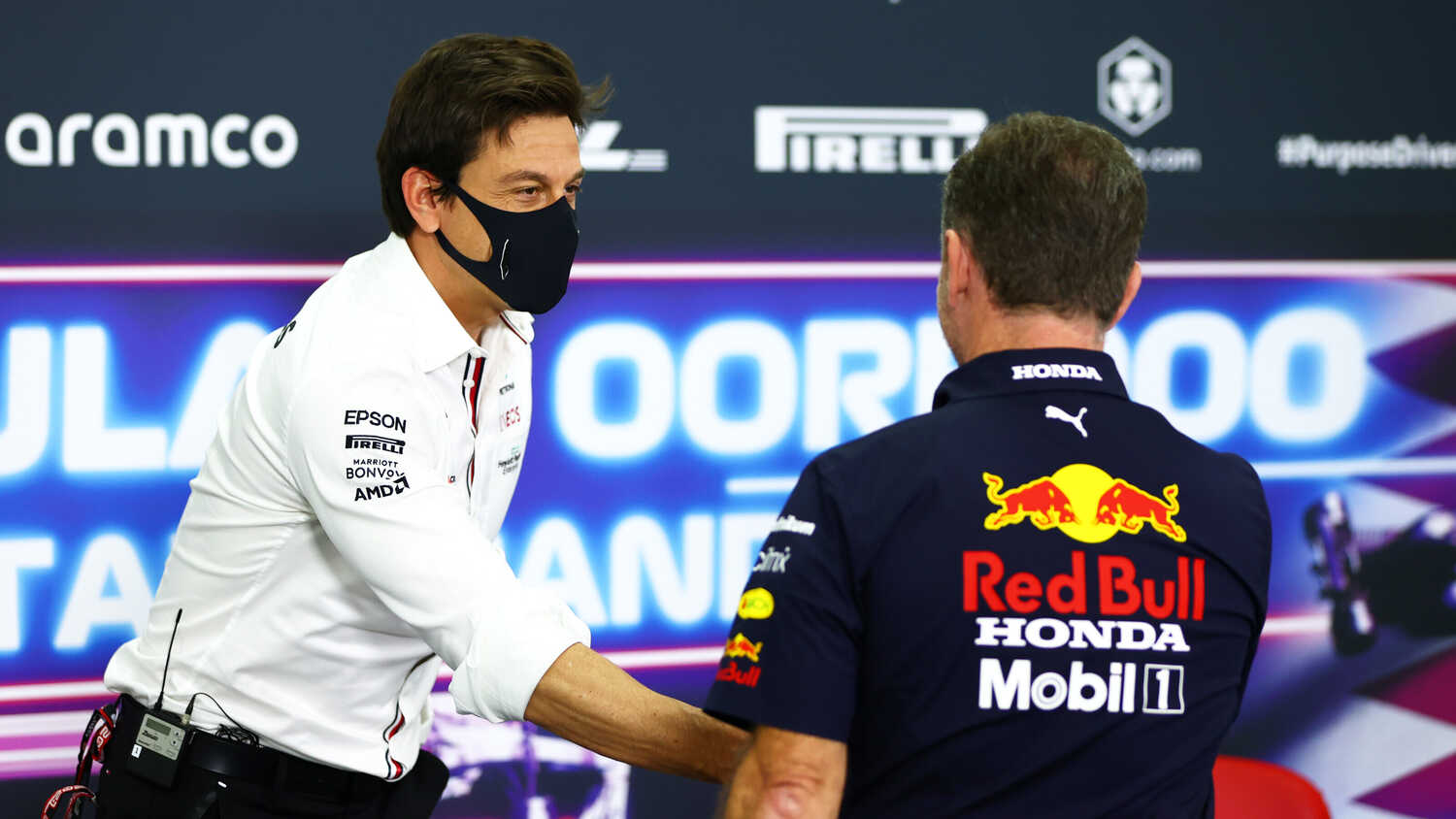 Verstappen won the title in controversial and dramatic circumstances as he benefited from a late-race Safety Car to pit for Soft tyres, which he took full advantage of on the last lap by overtaking Lewis Hamilton.

It gave Red Bull their first title since 2013 and ends Mercedes' run of success in Formula 1's turbo-hybrid era.

Horner went to see Wolff in person following the race, whilst Mercedes were preparing protests over the way the Safety Car was withdrawn and Verstappen's alleged overtake on Hamilton before the start of the final lap.

The pair did not meet, but they have communicated via text since the conclusion of the race.

"I reminded Toto he gets more money"

Horner told media, including RacingNews365.com: "I went to see Toto after the race. Unfortunately, he was unavailable. But I saw [Mercedes CEO] Ola Kalenius, who congratulated me.

"Then Toto, later in the evening, as he said to Max, he sent me a text congratulating us on the Drivers' World Championship.

"I congratulated him on winning the Constructors' World Championship and reminded him that's where the money is paid, not the drivers, and that was it. I haven't heard or spoken with him since."

Mercedes have until Thursday evening to lodge a formal appeal against the race classification due to how the Safety Car withdrawal was handled.

Horner says Red Bull have not heard from Mercedes or the FIA this week and expects Verstappen to officially be crowned champion at the FIA Prize-Giving Gala on Thursday.