Horner reveals why Red Bull want rain: We've got something up our sleeve

Red Bull's Christian Horner says rain could be an advantage for his team at the Belgian Grand Prix, given the ace up their sleeve heading into the race... 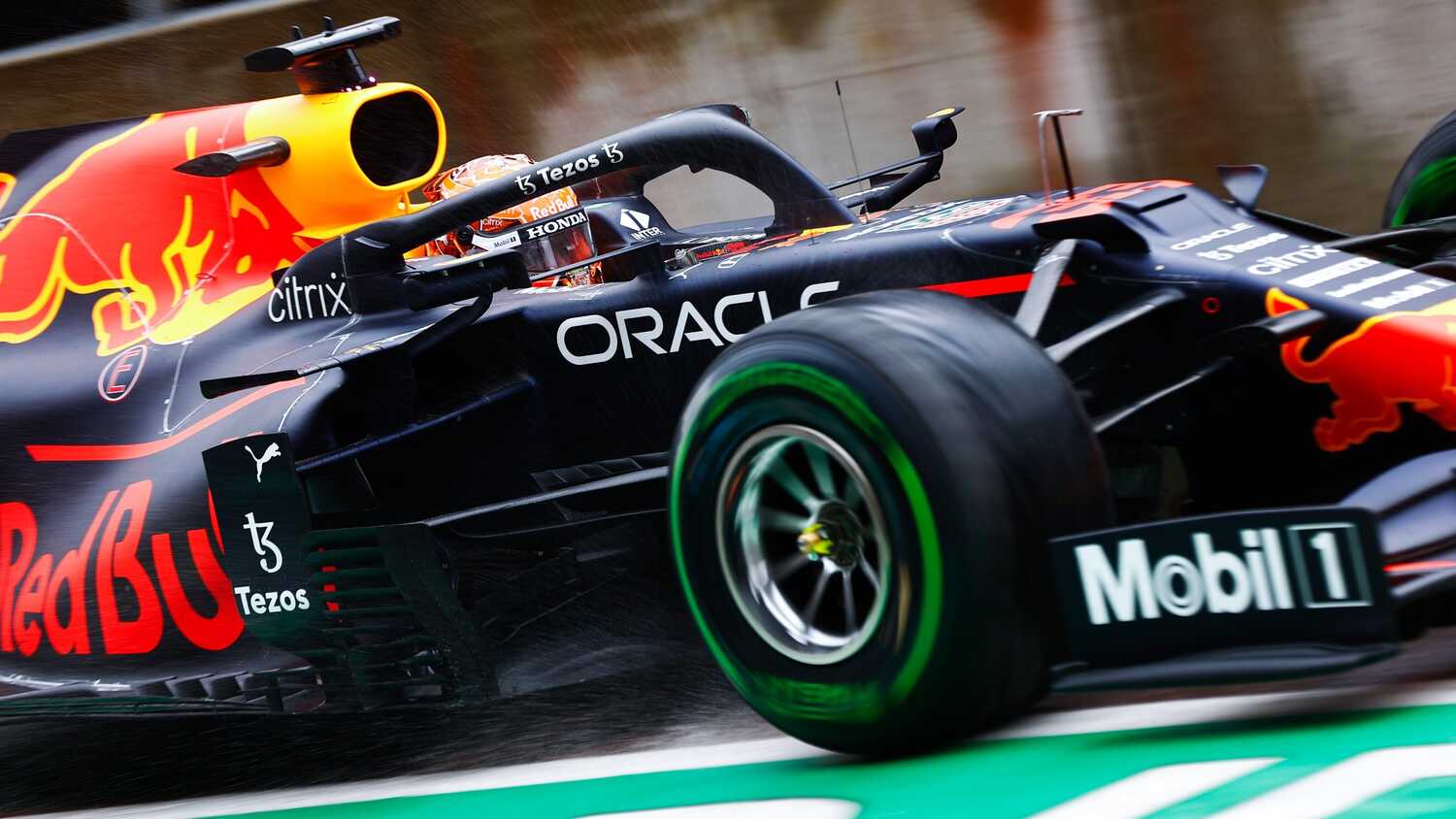 Red Bull are not nervous about the prospect of a wet Belgian Grand Prix, as rain continues to fall on the Spa-Francorchamps circuit.

One big advantage for Red Bull, if the race is wet, is that their drivers managed to save an extra set of new Intermediate tyres, something that Hamilton could not manage after using all of his sets during qualifying.

"Both drivers have managed to retain a set of Intermediates," Horner told Sky Sports.

"I think we're the only team in the top 10 to have that, so if it's like this [or] similar conditions [in the race], then at least we've got something up our sleeve."

Horner also pointed out the benefit of having a clear track up ahead in wet conditions.

"We've got fresh air ahead of us," said Horner. "I think head down, try and get a good start, you know you're going to be vulnerable if you're the lead car as you come out of Eau Rouge.

"It could well be wet again and then you've got the benefit of visibility. Let's see what the weather brings, but I'd rather be starting there than anywhere else."

Perez is set to start the race in seventh position in the sister Red Bull.