Horner reveals whether Perez might be allowed to win home race

Red Bull's Christian Horner has revealed whether the team might allow Sergio Perez to win his home race, if the situation arises. 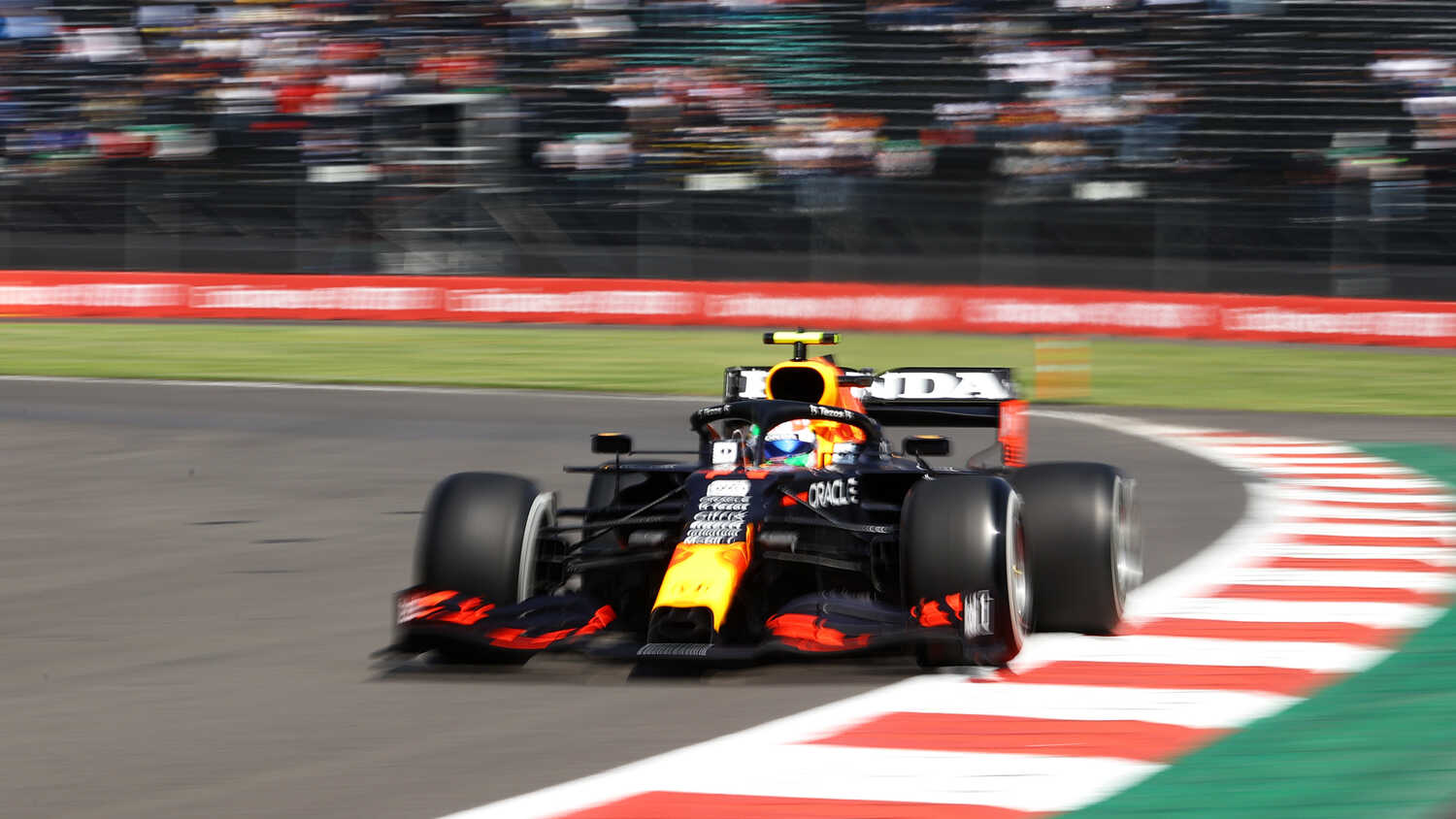 Red Bull team boss Christian Horner hasn't ruled out the possibility that Sergio Perez could be allowed to win his home Grand Prix in Mexico, should the situation arise that he leads Max Verstappen during Sunday's race.

With Perez racing at home in Mexico, the partisan crowd are there to cheer on their hero, who returns to Mexico with a genuine shot at victory in the Red Bull.

But given the championship situation, with Verstappen embroiled in a battle with Mercedes' Lewis Hamilton, the expectation is that Perez would be instructed to move aside for Verstappen if they are in that order towards the end of the race.

Horner explained that the team would love Perez to be able to win at home, but that Red Bull have to take the exact circumstances of the race into consideration before making any radio calls.

"That's an incredibly tough one," Horner told media, including RacingNews365.com, in Mexico on Friday.

"Our main objective is to win both championships, and both drivers know the task involved to achieve that.

"But, of course, so many scenarios, [so many] what ifs, can happen. It would depend on where our opponents are.

"So you can't rule it out, you can't rule it in. Our preference would be to see, if Checo [Perez] were in that position, for him to win his home race, there's no bigger result for any home driver. But, as a team, we have to keep an eye on both of these championships.

"What's at stake in this race, like any other, has the same amount of points attributable to it and, therefore, we treat it like any other race."

Will Red Bull use a tow in qualifying?

The long pit straight at the Autodromo Hermanos Rodriguez opens up the possibility of teams being able to exploit a tow, in a bid to boost top speeds even higher than the season-high numbers already expected.

Some teams may opt to go down that route in qualifying but, when asked if Perez may be expected to tow Verstappen around, Horner appeared to rule out the possibility.

"I think this venue, you've got a bigger chance of screwing it up as getting it right," he explained.

"It's not something that we've pursued previously here. I think that both drivers will focus on doing the best qualifying they can without tripping over each other or having the potential to trip over each other. So that's a process that we will stick to."